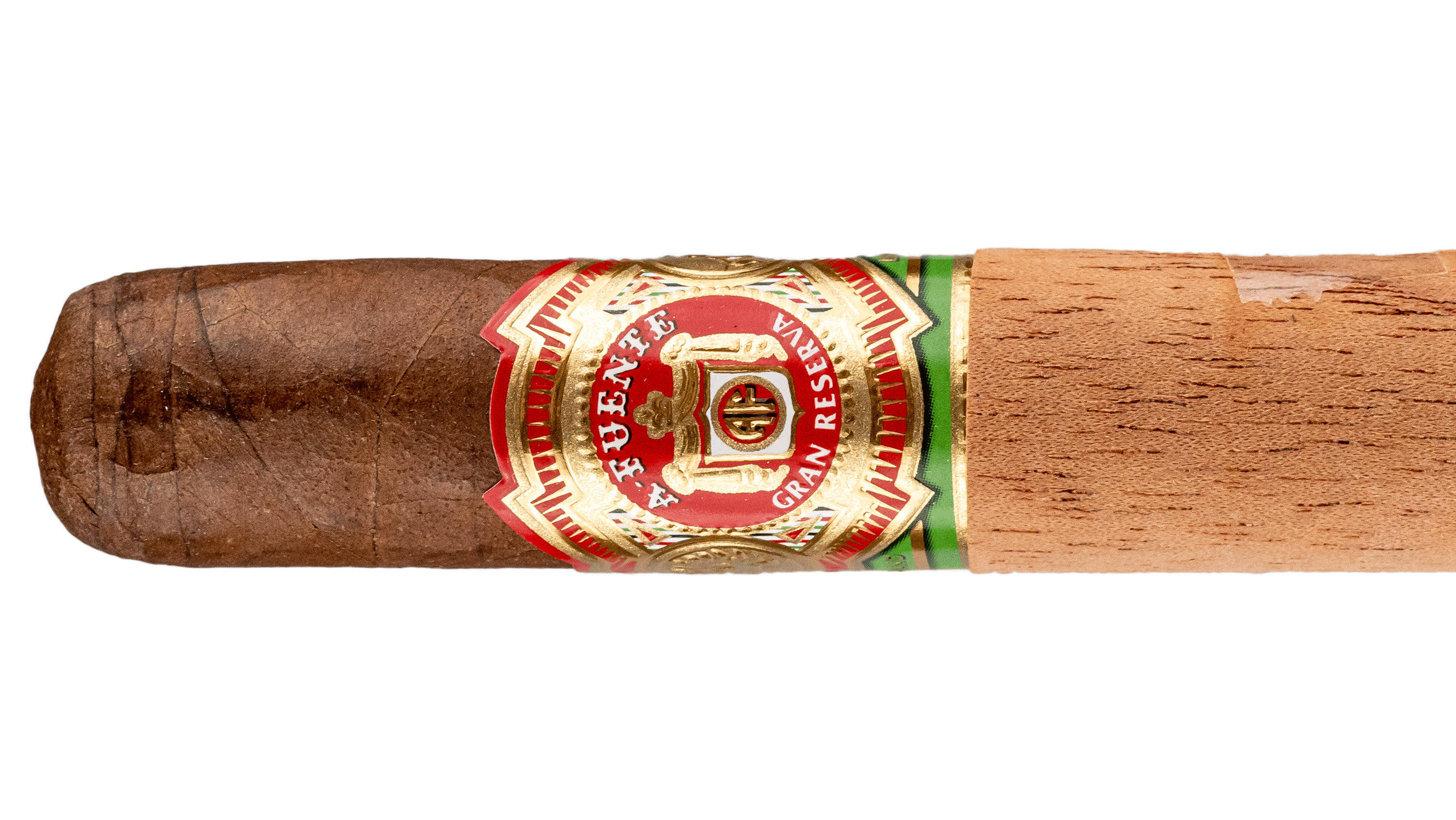 The cigar was first released in 2002 and only 87 boxes were made. It was released again in 2009 in an unknown quantity in different packaging. It came back again in 2018 in unknown quantities and has been an annual release ever since, still hard to find but more plentiful than previous iterations. If you can find it, the cigar is actually quite affordable at $6.33 per cigar.

“Toro in size, this sample displays a waxy medium brown wrapper covered in a copious amount of texture from veins and tooth across the wrapper. This toro is well constructed with a nicely executed triple cap; you can see the attention to detail here.” –John A. (Bostoneo)

“Subtle notes of milk chocolate greet me from the cold draw. I go ahead and light it up and after a few minutes I notice red pepper building up nicely, along with a touch of cedar, leather, and salt. As complex as it sounds, everything is still subtle enough to keep the body on the leaner side.” –Doug S. (Unpossible_1)

“Let’s kick things into gear, shall we? Upon light up, I am greeted with big notes of leather with a fruity and peppery lingering on the tongue. This brilliant light to medium profile builds on fresh-baked bread notes, pastry-like, after the initial inch. Black pepper continues to build in the body as creamy notes creep into the profile, providing a much-needed balance to finish off this third!” –John A. (Bostoneo)

“I find the smoke very dry on the palate but the draw and smoke production are great so far. It has lost all the sweetness from the first third and is very earthy now. Notes of black coffee, dark chocolate, leather, cedar, and a very mild level of baking spice are found on the draw. ” –Alan (Eulogy)

“Not much has changed in the second third, as the trio of cedar, leather and salt let their subtle presence continue. ” –Doug S. (Unpossible_1)

“Still similar to the last third with notes of leather, pepper, cedar, and black coffee but with a bit more heat from a baking spice flavor. ” –Alan (Eulogy)

“Not to be repetitive, but I can only go with what the cigar offers up to me. And there hasn’t been much change at all, other than the red pepper tapering off into nothingness.” –Doug S. (Unpossible_1)

“Razor-sharp from beginning to end and I almost got to the halfway point till the ash fell off for the first time. I never needed to do any touch-ups or relights. ” –Alan (Eulogy)

“Razor-sharp from beginning to end and I almost got to the halfway point till the ash fell off for the first time. I never needed to do any touch-ups or relights. ” –Alan (Eulogy)

“I really enjoyed this cigar. There were enough transitions to keep me engaged and I found the experience effortless which is hugely important to me. ” –Alan (Eulogy)

“I was curious to see where the cigar would take me, but sadly she didn’t want to go anywhere but in the ashtray. ” –Mickey T. (irratebass)

“Overall, this was a great light to medium profiled cigar. Easily smokable and not too strong in strength, this cigar would definitely be a staple in my humidor with great leather, wood, and creamy peppery notes throughout. The burn, construction, and draw were top notch and did not notice one issue in any of the three attributes. Go smoke one of these, you’ll like it, top-notch.” –John A. (Bostoneo)

“Nothing drives me nuts more than smoking a cigar that is just weak in flavor and that’s what I experienced here. What makes it worse is the flavor profile I did get was like licking a well-used saddle, or at least how I’d imagine it if I ever had done it. Salty leather….no thanks, I’m good.” –Doug S. (Unpossible_1)