Caldwell Cigars showed off the Blind Man’s Bluff at the 2015 IPCPR Convention & Trade Show. This blend uses an Ecuadorian habano wrapper over a Honduran criollo binder and with filler from the Dominican Republic and Honduras. Today we are reviewing the Caldwell | Blind Man’s Bluff Robusto. 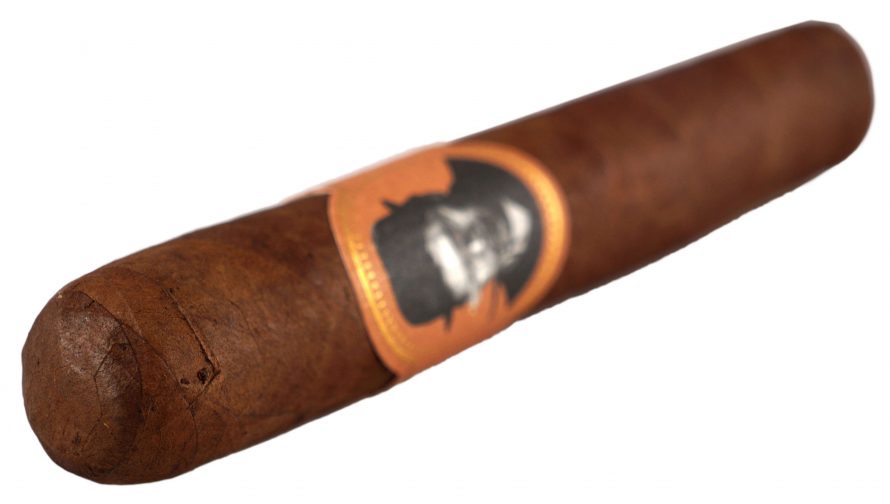 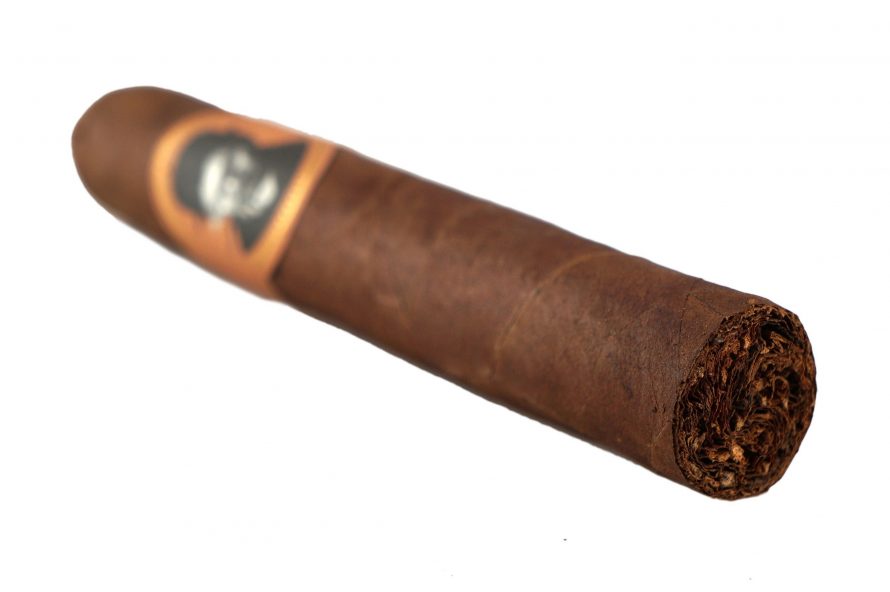 “The wrapper is dark and oily, and as I move the stick side to side it has a faint shimmer in the light. There are small veins that run throughout it obscuring the binding lines almost completely.The triple cap is smooth at the shoulders and is applied very well.” –Jeff (ExpendableYouth)

“The aroma is light and smells of leather, earth and faintly of dark cocoa.” –Jessica (Cigar Ninja)

“The immediate flavor I can discern is wood, tobacco, white pepper and a slightly burned espresso. The retrohale is an unsweetened heavy cream with woodsy notes. The ash has a salt and pepper color to it, and is both dense and firm . As I continue into the first third, the light pepper has died down a bit and registers as just a slight tingle on the sides of the tongue. I still get a woodsy flavor with a much cleaner espresso on the back end.” –Jeff (ExpendableYouth)

“Leather and pepper are the dominant notes here. I feel like there’s a nutty or creamy element to this third as well but I couldn’t quite place it.” –Jessica (Cigar Ninja)

“There was no real complexity to this cigar at this point. The leather flavors stayed true and the pepper finish continued throughout. The smoothness of the cigar held true during the second third of the cigar and made for a real easy smoking experience.” –Steve (ThaGreatWazoo)

“The middle third is very similar to the initial third. The major flavor is of leather and cedar. Also has a slight ash like taste. The bitterness is better, however, the smoke is still acrid. Pepper has increased in intensity now as well. The draw is still very loose and most likely the reason why the cigar is burning hot. The cigar has gotten real soft because of this and the wrapper is crinkling at the area where I am holding it. The burn is better in this third.” –Sandeep (Djangos)

“The only major difference between the second third and this one is the white pepper and grass notes have all but disappeared. I can still pick up the woodsy notes and burned espresso, but that is all that I can pick up now. The retrohale is the same as well with unsweetened heavy cream and cedar notes. The cigar, while very one dimensional, has been very consistent throughout.” –Jeff (ExpendableYouth)

“Towards the end, the heat turns the cigar bitter. The leather tones semi-subside and the heat brings a slight harshness. The retrohale sort of allows for a turn in flavors, but doesn’t last.” –Steve (ThaGreatWazoo)

“A nice even draw, no issues here.” –Jessica (Cigar Ninja)

“Burn was skewed in the beginning and needed one touch up, but OK thereafter.” –Sandeep (Djangos)

“Again, nothing super fancy. Just a well built cigar that has all the essential needs well met.” –Steve (ThaGreatWazoo)

“I liked this cigar quite a bit, it reminded me of a My Father, and while it was a bit one dimensional, it was a really flavorful and enjoyable one. If they were cheap enough I would definitely keep a fiver on hand.” –Jeff (ExpendableYouth)

“This cigar was a very smooth and enjoyable smoke. Very easy to cut and go and not much worrying needed on performance. Definitely a great smoke for any beginner to dive right into and enjoy the smoking experience. Again, nothing too overly exciting, just a well built and tasty cigar.” –Steve (ThaGreatWazoo)

“Overall, this was not a very enjoyable cigar because of the lack in complexity and the very loose draw combined with the bitterness and acrid smoke. This is definitely not one for me.” –Sandeep (Djangos)

“The draw was about the only thing I enjoyed with this cigar. I won’t be seeking this stick out again in the future.” –Jessica (Cigar Ninja)