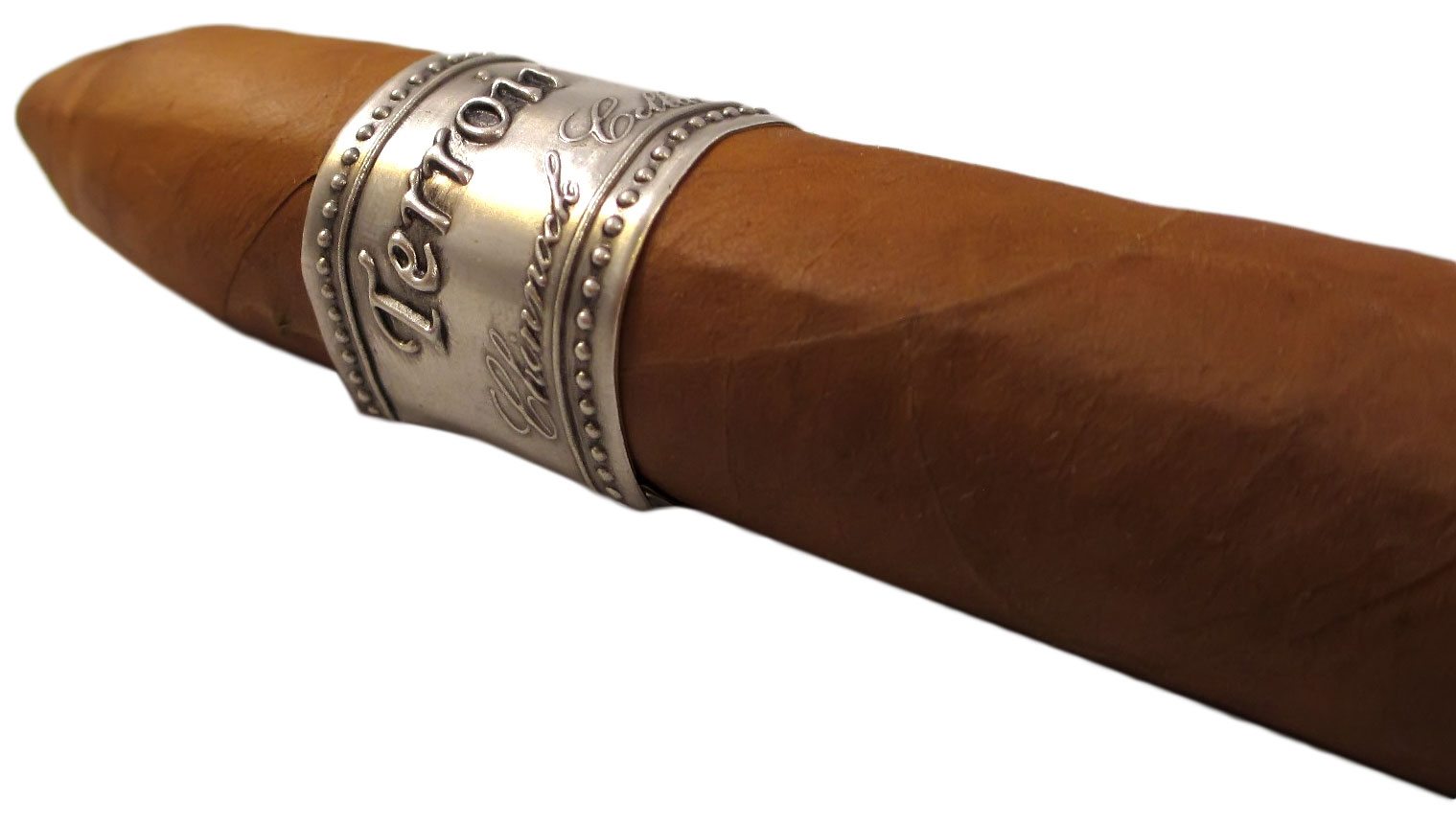 “This one is a light brown torpedo that’s relatively smooth with a leathery-type texture from foot to cap and has minimal veins showing. Very handsome.” –Milton (mjohnsoniii)

“I’m picking up some chocolate and caramel from the wrapper and foot, while the pre-light draw is very creamy.” –Emmett (rhetorik)

“There was a nice mild spice and pepper mix at the initial light along with a subtle sweetness. The ash is gray and held strong for the entire first third. So far so good and very enjoyable as well.” –Milton (mjohnsoniii)

“The first few puffs bring lots of leather taste and a very bright spice/fruit combo like cherry and vanilla. The draw is firm, but in a good way, and produces a lot of smoke. As the third develops, the spice and fruit back off and make way for a toast flavor to come in.” –Emmett (rhetorik)

“In the second third, the body ramps up just a bit with some more pronounced woodiness mixing with leather on the draw and these same flavors lingering into the finish, which has become a bit longer and more robust. Smoke production is still very good. A slight coffee note at the beginning of the finish starts to replace the leather flavor. The bitterness and the oily residue are gone and, by the end of the second third, the flavors are a woodiness with a hint of coffee.” –Brian (B-daddy)

“Light notes of coffee along with a good bit of spice come through in the second third. There’s also smokiness present and the sweetness tasted in the first third has evolved into a fruity flavor. The smoke is also plentiful at this point.” –Milton (mjohnsoniii)

‘This cigar continues to offer me up more in the flavor department. I’m getting toffee, a nice earthiness with just a touch of sweetness and creaminess.” –Jason (bigslowrock)

“It remains quite nice in the final third, wood, a mild coffee, baking spices and a bit of sweetness, with creamy smoke. A bit of harshness creeps in at about the two inch mark and I let it go.” –Derek (StogieNinja)

“The construction was great on this cigar. It put out tons of smoke and the ash held on an inch and a half each time.” –Emmett (rhetorik)

“Although the flavors were pleasant enough, the performance of this stick bumped my overall experience up a notch or two. I would smoke this cigar as a knock-around, golf-course, morning smoke. Pretty much any time I wasn’t really looking for a big complex flavor bomb. Good cigar. One other note: I had several distractions during this review and had to leave this cigar sitting for a few minutes at a time on a few occasions. It never missed a beat in performance.” –Brian (B-daddy)

“I’m not a huge fan of lighter cigars, which usually means mild to medium strength, but this one proved to be a very good cigar that I’d definitely add to the stash. The flavors that ranged from sweet to spicy, coffee to leather among others made for an awesome smoking experience. I had to pull out the nubbing tool because I didn’t want it to end.” –Milton (mjohnsoniii)

“I really liked this one after that initial blast of not good cigar flavors. I really like the flavor changes that the cigar delivered throughout the smoke and would certianly smoke one of these again.” –Jason (bigslowrock)

“I really enjoyed this cigar, the flavor shifts were outstanding and the spice kept me on my toes. I would definitely buy at least a five pack of these. The performance technically was almost perfect, I never had to think about it after lighting it. The dynamic flavor profile may not be for everyone or all the time, but for me it was a fun ride.” –Emmett (rhetorik)

“This was a very good cigar, I thoroughly enjoyed it and would smoke it again.” –Craig (WyldKnyght)

“A very decent cigar. Not my favorite by any means, but very accessible and enjoyable. Recommended for fans of the classic Connecticut profile, sweet, creamy, with a bit of complexity to keep it interesting.” –Derek (StogieNinja)