2018 is the 50th Anniversary of Davidoff Cigars. To celebrate this Davidoff re-released the Diademas Finas, which was first out in 2006 which would have been Zino Davidoff’s 100th birthday. This limited edition is rolled in four vitolas, each with it’s own porcelain jar. Each jar is numbered and has it’s own humidification device. Each jar is it’s own art design, created by French artist Mariane Léger.

The Diademas Finas uses with an Ecuadorean Habano wrapper, Dominican Olor Seco binder, and an all-Dominican blend of filler tobaccos. The is available at select appointed merchants and Davidoff Flagship Stores from July 2018. Production is limited to 8000 jars worldwide. 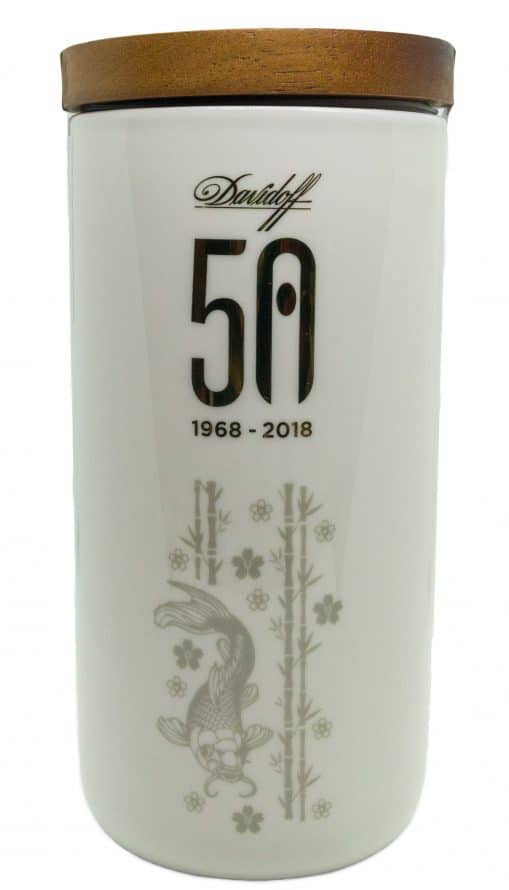 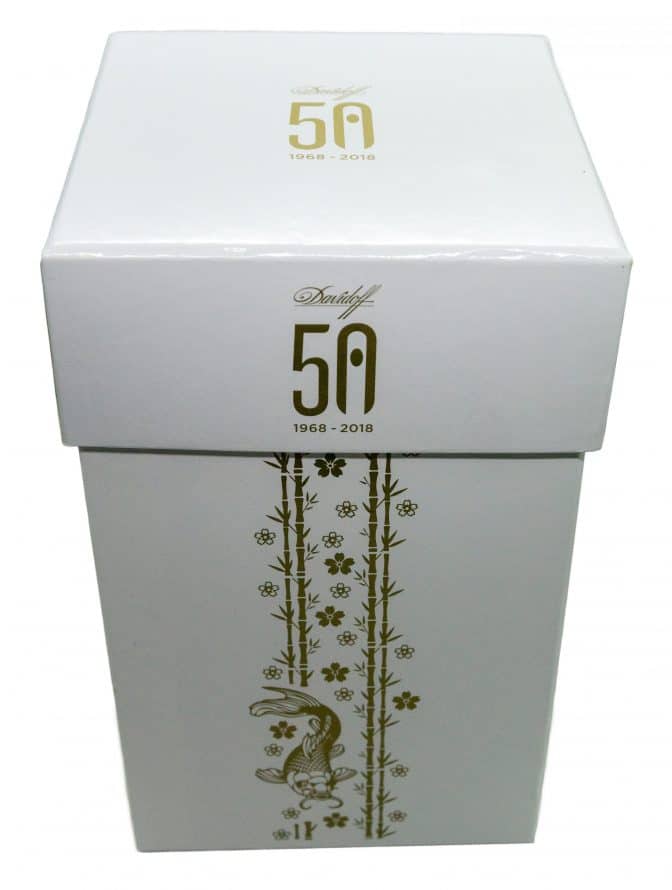 “This cigar showed a rustic, short diadema-like appearance. ” –Isaac M. (The Nothing)

“Aroma is very stunning, a woody sweet smell, like taking a walk in the woods just after it has rained.” –Ryan H. (Ryan H.)

“There is a cayanne spice to start. Very earthy and woody. It isnt very complex but it is very consistant light medium in strength.” –Ryan H. (Ryan H.)

“An intense nutty creaminess fills the mouth on the initial puffs. The nutty flavor emboldens and the cigar takes on a delicate leather taste. This is definitely a morning smoke, mild-medium to start off with. ” –John A. (Bostoneo)

“Light leather, a tiny bit of spice, creaminess greet us into the second third. Towards the middle nuances of tea leaves, sweet must, and a bit of salt transition away from the leather profile. ” –John A. (Bostoneo)

“There is still lots of cream, and maybe some cinnamon with of course plenty of nut flavors. This cigar is really nice and smooth. ” –Mickey T. (irratebass)

“This third starts out with a bit of salt on my lips. The flavors are staying consistent, which is not a bad thing, sometimes you don’t want to have to concentrate on a cigar, and just relax with it and let the cigar take you on the journey, even if you are reviewing it. ” –Mickey T. (irratebass)

“A big blast of light brown sugar starts off this third. In the background, leather, spice, raisins, and cream join in a harmonious combination. Leather and spice resume their dominate position as this cigars end with an almost medium body. ” –John A. (Bostoneo)

“With a deep v-cut the draw was spot on, which I did not expect given the double-tapers on this cigar. ” –Isaac M. (The Nothing)

“I’m at a loss as to what to call this cigar. It’s not big enough to be a diadema. The tapered head and foot mean it’s not a parejo, despite the straight body. What I can say, though, is that this cigar was extremely well made. ” –Isaac M. (The Nothing) 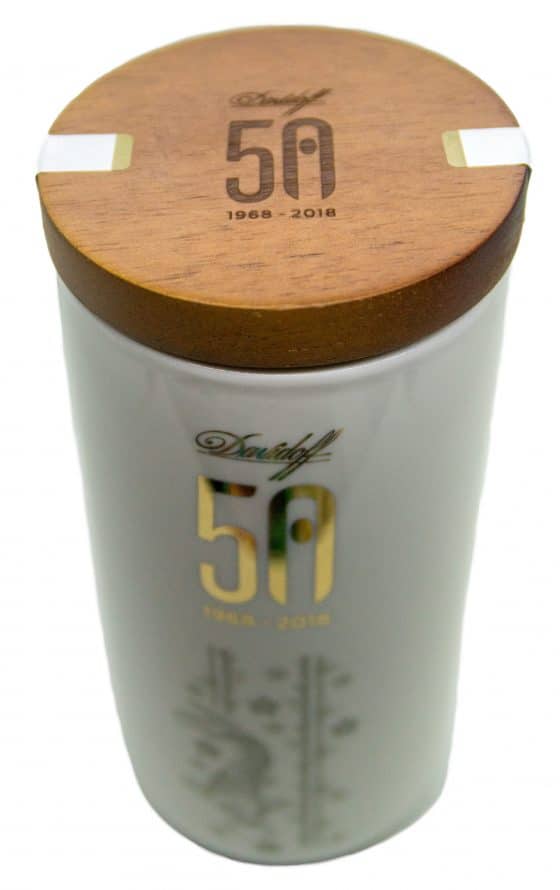 “I was wishing for more, but would keep a couple around to try” –Ryan H. (Ryan H.) 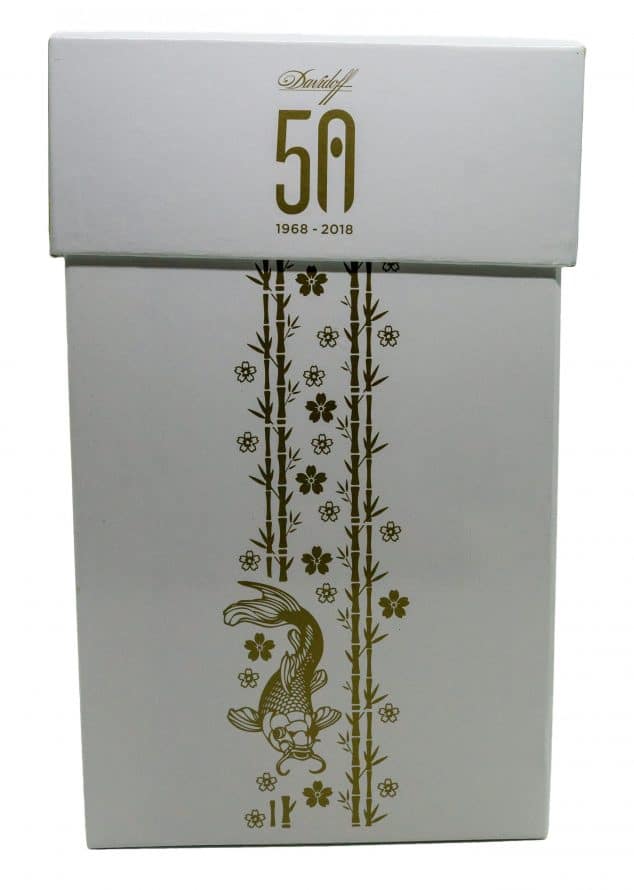 “Overall I found this cigar to be fairly dry on the palate. The flavors, while not what I prefer, are solid and the cigar shows a good amount of variation. For many this would be something that they would love and keep on hand for regular enjoyment.” –Isaac M. (The Nothing) 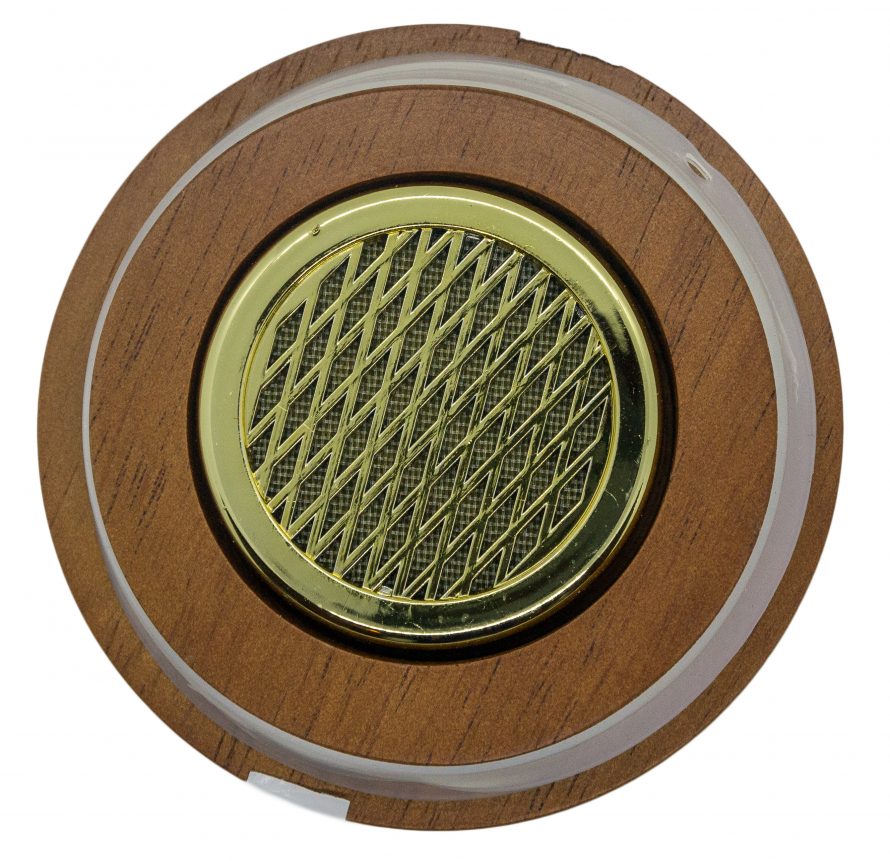 ” This was a good cigar for the mild to medium bodied smoker. I myself wish that it would have had the medium bodied boldness that it offered in the last third, which was very satisfying. The construction and burn were top-notch on this stick, especially given its shape. I would definitely recommend picking one up to see if it fits your tastes!” –John A. (Bostoneo) 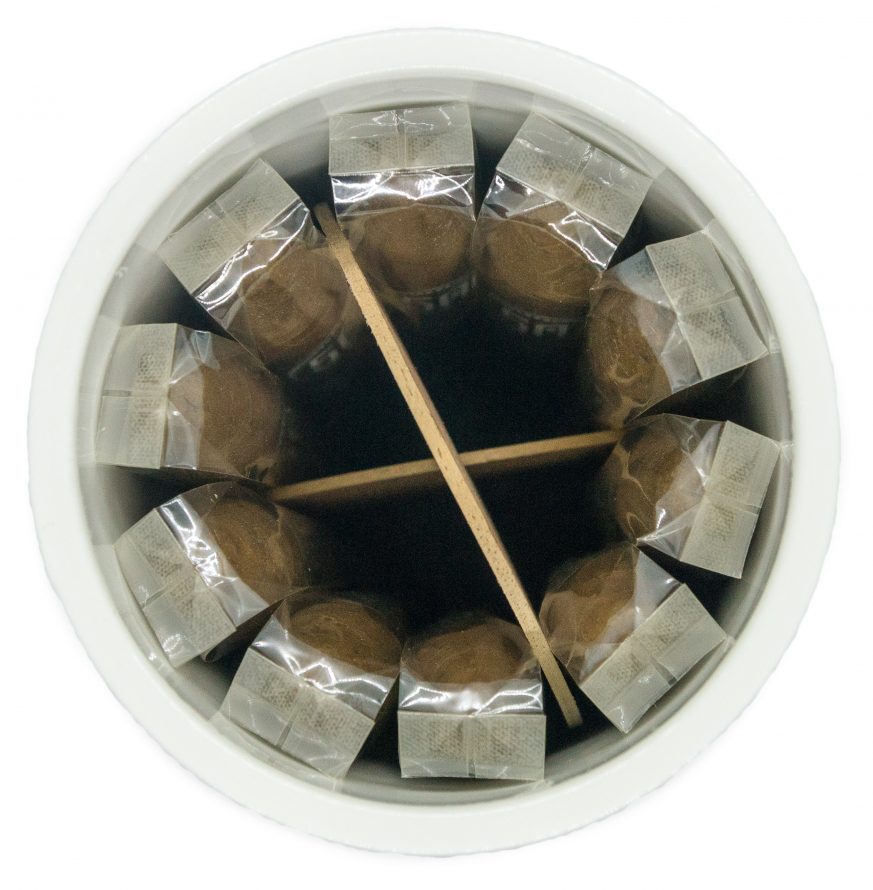 “You ever anticipate smoking a cigar, and when you finally get the chance to smoke it it just meets all your expectations? Well that was this cigar for me. I smoked, and performed beautifully. It was exactly what I needed at the time. the cigar was very smooth, and elegant. There was lots of cream, some cinnamon and citrus flavors to hold my attention. I want, no NEED more of these. ” –Mickey T. (irratebass)

Blind Cigar Review: Davidoff | Diademas Finas
Summary
"You ever anticipate smoking a cigar, and when you finally get the chance to smoke it it just meets all your expectations? Well that was this cigar for me. I smoked, and performed beautifully. It was exactly what I needed at the time. the cigar was very smooth, and elegant. There was lots of cream, some cinnamon and citrus flavors to hold my attention. I want, no NEED more of these. " -Mickey T. (irratebass)
Appearance
93
Aroma
92
First Third
90
Second Third
91
Final Third
91
Draw
94
Burn
98
Construction
98
Overall Experience
93
93
Great