The Pledge was released in September of 2020 and the third line in the Perez-Carrillo Series. It joins 2018’s Encore and 2014’s La Historia. The Pledge was originally supposed to be launched in March but was delayed because of COVID-19. The Pledge made our Top 25 cigars of 2020 list at #21.

La Historia celebrated E.P. Carrillo’s family history in tobacco, The Encore paid homage to his grandchildren, and The Pledge was created for all cigar lovers. The cigar is described as an evolution of his blending skills and milestones in his career. The Pledge comes, for now, in two sizes: Prelude, which celebrates his roots in Cuba, and Sojourn that moves towards his core years of developing skills that led to his reaching legendary status. Future sizes will reflect other aspects of his life. Ernesto Perez-Carrillo spend six months testing blends for The Pledge. Although it is limited production, he made sure he had enough tobacco for three years of production. The blend is box-pressed and uses a Connecticut Havana seed wrapper, Ecuadorian binder and Nicaraguan fillers. The Prequel is 5 x 50 and Sojourn 6 x 52.

“Cigar 1091 is a box press cigar sporting a dark brown, with some reddish hues, colored wrapper. It is much darker near the cap then it is nearest to the foot. It has visible seams and veins that looked to flatten out because of the box pressing. It is dull with only a few shots sporting an oily sheen. Upon a closer inspection, you find an extremely fine tooth throughout the body of the cigar. All of this is finished with a nicely applied triple cap. ” –Estevan Z. (TheRealBanzi)

“The aroma on this cigar is really intoxicating, consisting mainly of deeply sweet compost and aged tobacco… I’m really looking forward to cutting and lighting this one!” –Jason H. (Jokey Smurf) 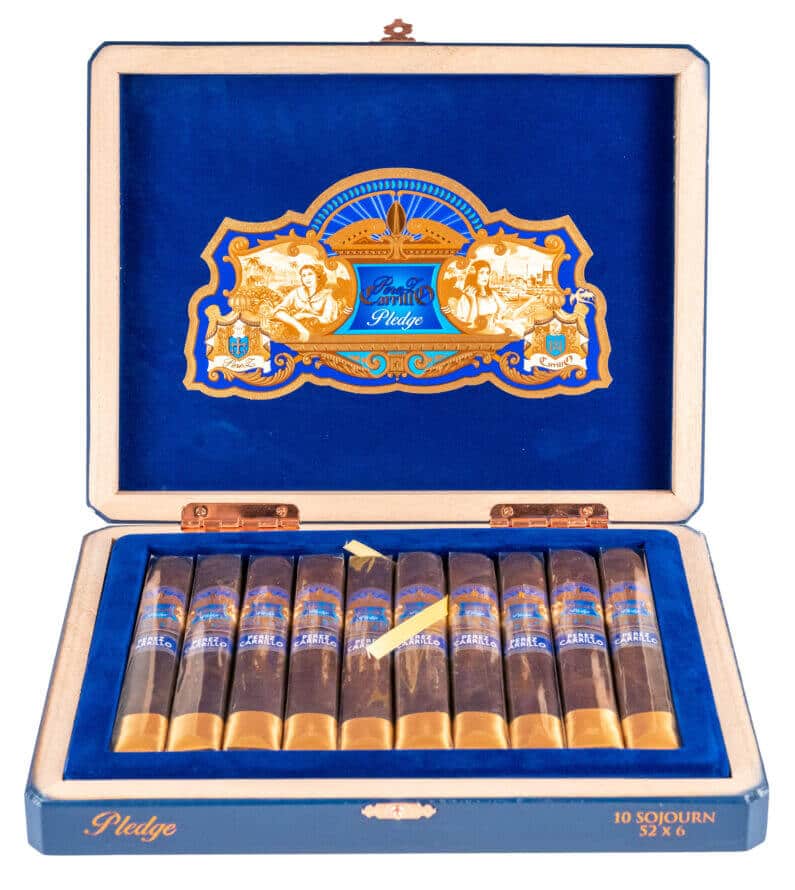 “The first puffs of this cigar are full strength and immediately in your face with sharp charcoal and peat moss. After a few puffs, however, things settle nicely into earth and peat and rich tobacco. Through the nose the smoke is sharp and commands respect… limiting my retrohale activities to preserve my sense of taste. ” –Jason H. (Jokey Smurf)

“This started off very bitter for me but quickly moved into a barn-like aroma. After about a quarter-inch I started to get some hay pepper and molasses. Pepper started of mild then really kicked in.” –Jake P. (Jake P.)

“This certainly took a change in the second third. The main flavor moved into something I can only describe as marshmallows puff. It was sweet thick and creamy. The texture on my palate was nearly chewable. The milk chocolate and espresso drink were still there, but they are not as pronounced as they were at the start of the cigar.” –Isaac M. (The Nothing)

“The second portion of this cigar has lessened significantly in strength while remaining full of earthy and deep flavors. There is still the dominant note of peat however I’m now getting coffee with just a hint of cream on the finish. Through the nose, the smoke has remained sharp

“The charred wood note finally moves to the background and a nice floral and herbal note moves to the forefront making me wish that it was here the whole time. Sadly, it is fleeting as well. Halfway through the third, the smoke becomes very creamy giving me a nice mouthfeel. The finish has lengthened a bit thanks to a nice cinnamon tingle. I choose to set it down when the palate gets super peppery, forcing me to tap out. ” –Estevan Z. (TheRealBanzi)

“The harshness started to sick up a bit. Pepper was still there but defiantly chilled out so more of the earth notes came forward. I had to relight a few times which cause the flavors to muddle a little.” –Jake P. (Jake P.)

“I never had a problem with the draw on this cigar. Free and easy draws created ample smoke. This also allowed the cigar to burn nice and cool. ” –Estevan Z. (TheRealBanzi)

“It was good but never perfect. There looked to be a few under packed spot in the bunch, causing the uneven burn in the second third. The cigar was serviceable. ” –Estevan Z. (TheRealBanzi) 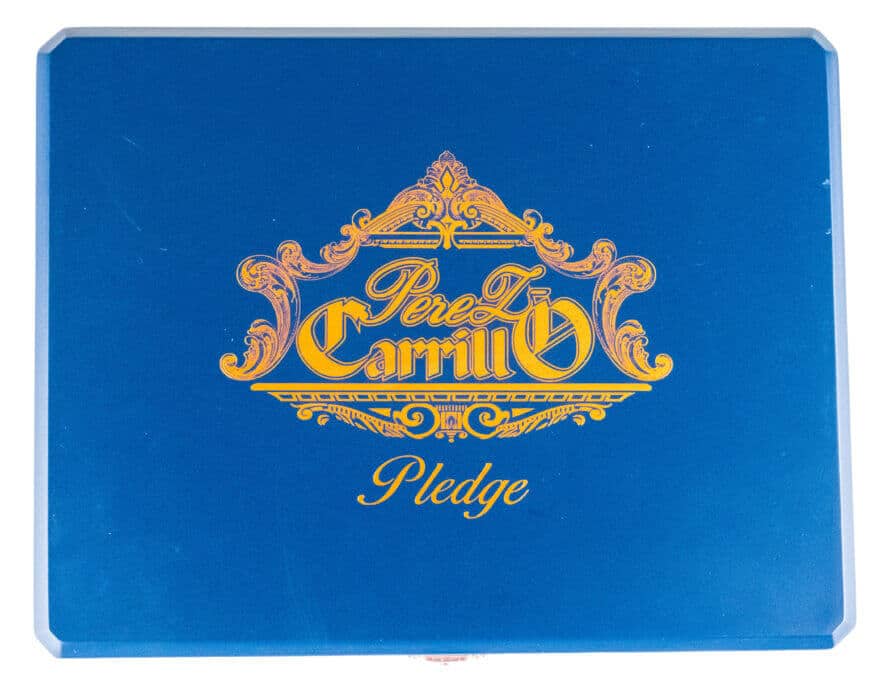 “This was a very enjoyable, fuller-bodied cigar with rich flavors and a pleasant nicotine kick. And it was box pressed which I really enjoy based on the feel in my hand and the fact it won’t roll away from me. I’ll gladly smoke more of these and would recommend to a nicotine tolerant smoker. ” –Jason H. (Jokey Smurf)

“If you like pepper you would love this. The pepper did not overwhelm you except a little bit in the middle so even if you are not a peppery cigar smoker I think you may enjoy this still. Definitely got more dark flavors like earth, toast and even some floral at times.” –Jake P. (Jake P.)

“There’s a cigar for everyone but this one was not for me. As far as burn and construction, I really wish that it performed as well as it did during the first inch. The flavor profile was unbalanced from start to finish, in my opinion. It tries but just doesn’t get there. As usual with this kind of thing, I will try it again, cause they are handmade products. In doing so I can get a true understanding of what this cigar is about. Till then, I find it hard to recommend this cigar to anyone. ” –Estevan Z. (TheRealBanzi)

“Give me another one of these! This was a solid stick with flavors that I rather enjoy. The middle third was probably the weak spot on this cigar where flavors kind of drowned in themselves and the marshmallow puff. I’m not going to say that portion of the cigar was bad, but it was not the highlight. Fortunately, there’s plenty of other things going on in this cigar to make the downsides forgettable. ” –Isaac M. (The Nothing)

Blind Cigar Review: E.P. Carrillo | Pledge Sojourn
Summary
"Give me another one of these! This was a solid stick with flavors that I rather enjoy. The middle third was probably the weak spot on this cigar where flavors kind of drowned in themselves and the marshmallow puff. I'm not going to say that portion of the cigar was bad, but it was not the highlight. Fortunately, there's plenty of other things going on in this cigar to make the downsides forgettable. " -Isaac M. (The Nothing)
Appearance
92
Aroma
88
First Third
90
Second Third
89
Final Third
88
Draw
94
Burn
89
Construction
89
Overall Experience
92
91
Very Good