My Father purchased the Fonseca brand from Quesada in December of 2019. The Fonseca brand has been in the U.S. for over 40 years. The deal was made possible because of the friendship between between Janny Garcia of My Father Cigars and Patricia Quesada of Quesada Cigars. The two collaborated with Patricia’s sister, Raquel, on a cigar line called Tres Reynas, that was released in 2012. The Fonseca brand actually predates the Quesadas when it was a Cuban brand starting in 1892. The My Father Fonseca made #17 on our Top 25 Cigars of the Year list 2020.

“This cigar has a beautifully applied triple cap topping off a chestnut brown in the color wrapper. This example has an excellent roll with minimal seams and veins with a slightly oily sheen. Very nice indeed. ” –James H. (Keikan Jim)

“Scents of very faint leather waft from the cigar while intense flavors of fruit and leather fill the mouth on the cold draw.” –John A. (Bostoneo) 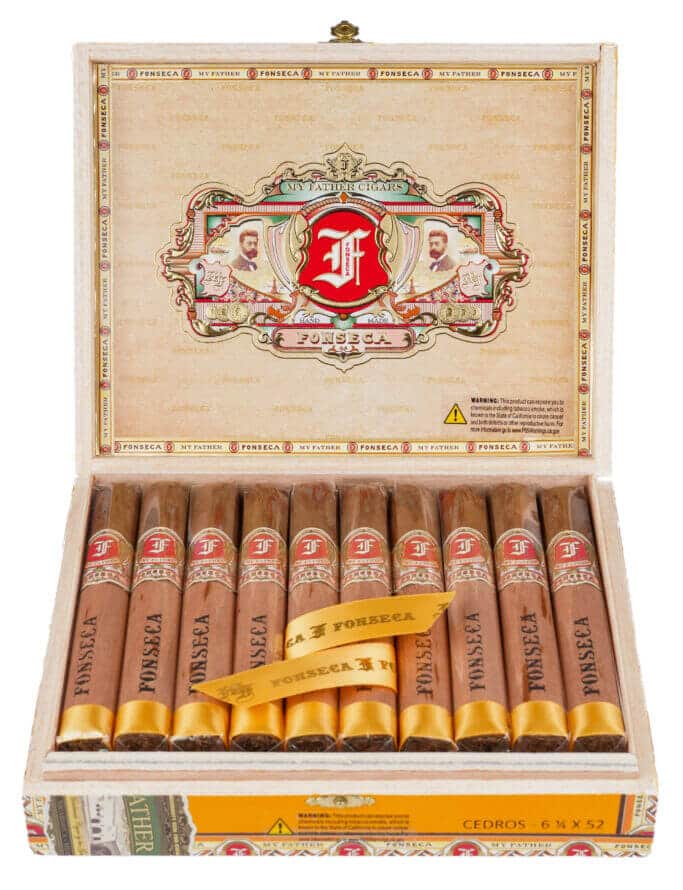 “There’s a lot of delicate flavors going around but nothing is really standing out. I’m finding a light cedar, white pepper, leather, and baking spice with a slightly thin smoke. ” –Alan (Eulogy)

“From the first puff, this was a nutty cigar like walnut or pecan. There was a distinct woodsy note as well. An abundant smoke output with a very smooth retro-hale was the norm throughout the first third. The finish is sweet with an almost maple-like taste which lingers until the next puff. ” –James H. (Keikan Jim)

“Not much has changed in the flavor profile, but there is a vanilla note that keeps popping up here and there, not a bad

cigar at all so far.” –Mickey T. (irratebass)

“There’s just a bit more flavor on the draw now. I’m getting a slightly more forward black coffee or vegetal note but not at the same time. The background is still mostly unchanged with hints of leather, cedar, baking spice, and white pepper but it is very mild.” –Alan (Eulogy)

“Leathery notes continue as the dominant baseline flavor coming into the last third. This goes on and on and on, one strength of this sample is it is insanely consistent through the entirety of the session. Hold on a second! On the last couple inches, a much more preferred nutty note enters the fray, which is simply irresistible. At least we had a nice ending!” –John A. (Bostoneo)

“There’s a lot of minerals, pencil lead, notes now. It is somewhat overwhelming the other delicate flavors. ” –Alan (Eulogy)

“Slightly on the loose side from average, however, the cigar did burn at a normal pace at least!” –John A. (Bostoneo) 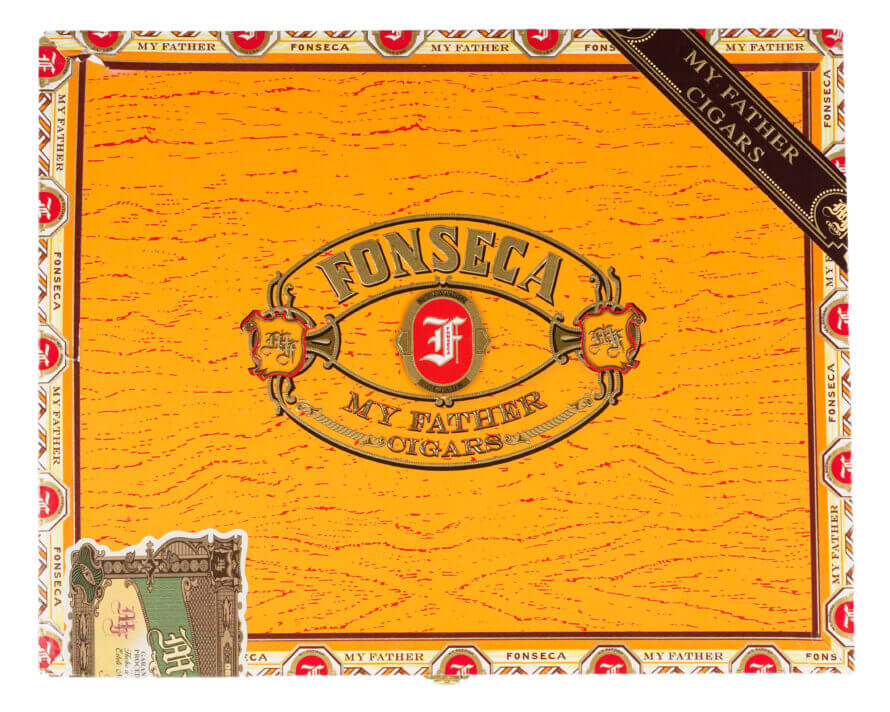 “Just a tad wavy from start to finish but didn’t require any special touch-ups or relights. ” –Alan (Eulogy)

“This was a top-notch cigar in terms of construction. Firm and weighty in the hand with ample airflow, abundant smoke output and near-perfect burn defines this one. Excellent” –James H. (Keikan Jim)

“Kind of one-dimensional cigar….sure there was some cocoa, wood and cream, but other than the vanilla popping up every so often there wasn’t much else going on. I would smoke again, but probably not seek them out. ” –Mickey T. (irratebass)

“The first two-thirds are very delicate in flavor but it did build in complexity as it went along. The boldness of the final third was off-putting to me though. I just couldn’t get past the overwhelming mineral draw and it became a chore to finish. It’s not for me but it’s not a bad cigar.” –Alan (Eulogy)

“If there was ever a cigar meant for me, this would fit the bill. Great flavors with nuanced shifts between wood and nut and maple and honey graham were spot on in my wheelhouse. The near-perfect burn and draw along with the flavor profile make this one stand out to me and I can’t wait to find out what it is.” –James H. (Keikan Jim)

“Overall, this was a VERY consistent flavored stick throughout the entire experience. Omnipresent notes of leather exist the whole time, which minor deviations throughout, most notably the nutty presence at the end, which was yum. Burn and construction were spots on the entire time without any flaws at all while the draw slightly learned on the loose side. Not a bad stick, one of the better ones I’ve had lately, however, it didn’t overly impress me and was a slightly better for an average cigar on the market today.” –John A. (Bostoneo)

Blind Cigar Review: My Father | Fonseca Cedros
Summary
"Overall, this was a VERY consistent flavored stick throughout the entire experience. Omnipresent notes of leather exist the whole time, which minor deviations throughout, most notably the nutty presence at the end, which was yum. Burn and construction were spots on the entire time without any flaws at all while the draw slightly learned on the loose side. Not a bad stick, one of the better ones I’ve had lately, however, it didn’t overly impress me and was a slightly better for an average cigar on the market today." -John A. (Bostoneo)
Appearance
91
Aroma
87
First Third
89
Second Third
87
Final Third
87
Draw
91
Burn
94
Construction
95
Overall Experience
88
90
Very Good