Fratello Cigars announced a new line of bundle cigars January just before the TPE trade show of 2020. They were originally supposed to ship in March, but didn’t ship until June because of COVID-19. The line is called Camo and comes in three different blends, each priced around $3.25. 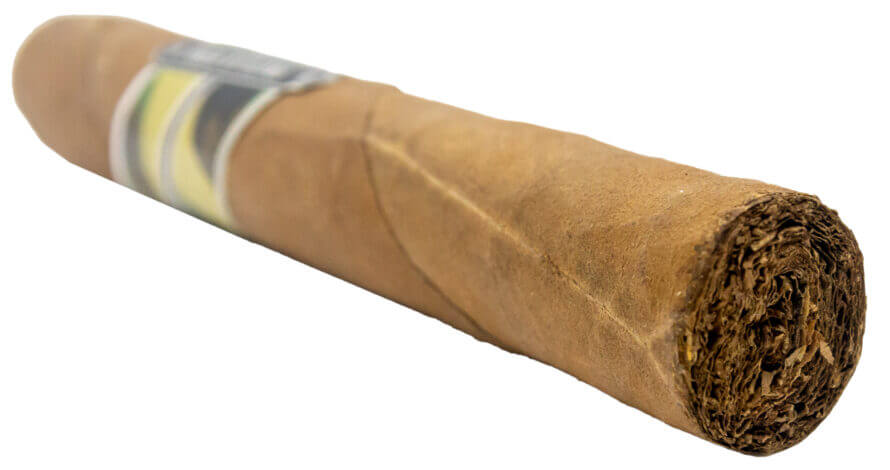 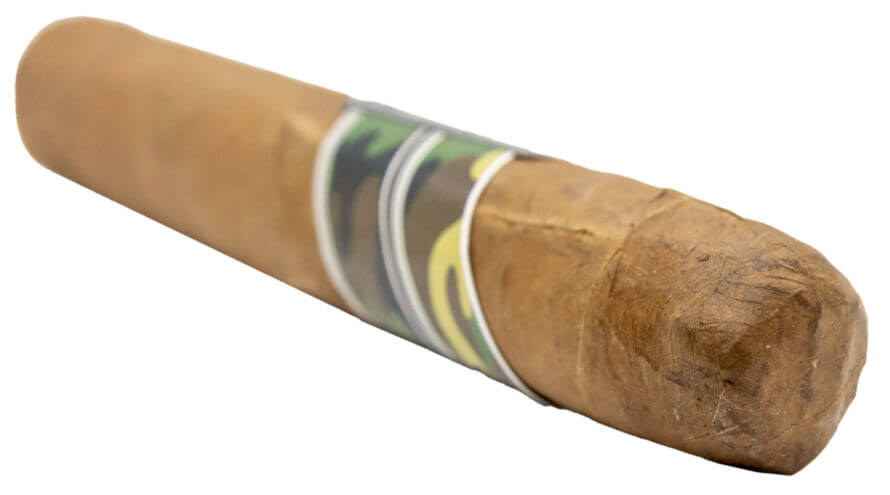 “Oily caramel brown wrapper with slightly visible seams and quite a view large veins running throughout. The seams to the cap are literally invisible and I cannot discern where the cap actually starts. The cigar is a little on the spongy side from foot to cap, with a couple of soft spots about midway.” –Kevin A. (Kevin A.)

“Maple notes on the cold draw with oak notes coming through upon lighting.” –Sean F. (fullermaine)

“The cigar starts off with some solid notes of cedar, hay, and almonds, with nice citrus zest on the finish. The retrohale is mild black pepper and cinnamon, with some of the same citrus zest on the finish. The draw opened up to almost perfect as soon as the cigar was lit, and it seems to be burning mostly straight, with just a slight bend to the burn line.” –Kevin A. (Kevin A.)

“After a somewhat off-putting cold draw, there’s a nice mineral heavy retrohale upon ignition with a light creamy coffee flavor on the draw. A cedar element joins the coffee on the draw around the one-inch mark. This cigar is damn smooth.” –Matt Cade (CadeTNCC)

“Just as I had hoped, things took a turn for the better. Flavors finally opened up. A nice buttercream with some salted cashews. Very nice change up. These two flavors were dominant with a slight butterscotch sweetness on the back end. It’s definitely redeeming itself. The burn is fairly even. Smoke output is minimal.” –Kevin J. (maninblack77)

“The sweetness of butterscotch fades away and I’m left with the tea and subtle white pepper with a touch of honey. As it closes in on the final third, the cigar takes an interesting turn. Tea notes are still there, but with one difference….mint. I’m picking up strong spearmint with no bit of pepper at all. Which is definitely a good thing in my opinion, as those two would be quite off-putting.” –Doug S. (Unpossible_1)

“The cigar seems to settle into the profile from the second third and that is where it finishes. This is not unwelcome, and the profile of the second third was enjoyable, and with the smaller size, it allows me to enjoy those flavors a bit longer. Burn and draw remain the same and the cigar finishes out without the need for a touchup.” –Kevin A. (Kevin A.)

“Heading into the home stretch, no big transitions to speak of. I’m still getting a lot of buttercream and cashews. The retro is incredibly smooth. The creaminess envelops your mouth. Would make a very good morning smoke. It was a nice ending to a cigar that started out kind of flat. ” –Kevin J. (maninblack77)

“Nice draw with no relight or touch up needed.” –Sean F. (fullermaine)

“The burn was great from start to finish with this cigar creating a beautiful long ash.” –Matt Cade (CadeTNCC)

“Firmly packed with no issues while smoking.” –Doug S. (Unpossible_1)

“The two good things going for this cigar are flavors and time smoked. A decent smoke with notes of sweetness, spice, and oak. A nice 45-minute smoke to start the morning with. The unraveling to start along with the bitterness makes this a frustrating stick. Not one I’d go out of my way to smoke.” –Sean F. (fullermaine)

“All in all an enjoyable cigar. Started off with grass and wood notes, and ended up sweet and creamy, with lots of notes of bakers spice and bread dough. I wouldn’t call it one-dimensional but it is not overly complex either. It is just a great tasting cigar, with no disappointment or surprises that anyone can enjoy. Looking forward to finding out what this one was. I may need to add some to the collection!” –Kevin A. (Kevin A.)

“I really liked this cigar. While it has “breakfast cigar” written all over it, profile wise, I smoked this while drinking an 8.5% IPA and it held its own against that beer as well. Super smooth, highly enjoyable flavors, great construction, seek this one out!” –Matt Cade (CadeTNCC)

“I’m really becoming more appreciative of these milder Connecticut shade wrappers. This was an enjoyable cigar with a lot of creaminess and nuttiness that would work well as a morning cigar. I’d give this a ‘very good’. And I’d definitely try it again. ” –Kevin J. (maninblack77)

“A cigar that can be smoked anytime. Morning, afternoon, or even to end a long day, this cigar gives you just enough to stay interested and engaged. It won’t overpower you or blast you with heavy doses of flavor. Instead, it offers a relaxing session that would go great with some easy listening tunes. ” –Doug S. (Unpossible_1)

Blind Cigar Review: Fratello | Camo Verde Robusto
Summary
"A cigar that can be smoked anytime. Morning, afternoon, or even to end a long day, this cigar gives you just enough to stay interested and engaged. It won't overpower you or blast you with heavy doses of flavor. Instead, it offers a relaxing session that would go great with some easy listening tunes. " -Doug S. (Unpossible_1)
Appearance
88
Aroma
88
First Third
89
Second Third
90
Final Third
88
Draw
91
Burn
91
Construction
91
Overall Experience
88
89
Good