The Gurkha Trienta celebrates the 30th Anniversary of Kaizad Hansotia purchasing the Gurkha brand. “Treinta” tranlates to Thirty in Spanish. Like all Gurkha cigars, it is made by another company; this one comes from Arganosa Leaf in Nicaragua and is a first. Earlier this month, Kaizad Hanotia left the company due to racially insensitive remarks on social media.

The first 1,000 boxes in each size were made in limited edition commemorative boxes. There will also tins of 5 in the Toro size that sell for $67.50. The rest of the boxes contain 21 sticks in the following sizes: Robusto (5×52) – $13/cigar MSRP, Toro (6×54) – $13.50/cigar MSRP, Magnum (6×60) – $13.90/cigar MSRP. Gurkha also released a limited edition anniversary humidor containing 50 special Limitada versions of the blend in a belicoso and Figurado. The humidor sells for $800 and includes 25 Treinta Limitada Belicoso cigars that measure 6 ¼ x 52 and 25 Treinta Limitada Figurado cigars. This blend uses an Ecuador Habano Rosado wrapper, Corojo 99 Aganorsa binder, and Corojo 99 and Criollo 98 from Esteli and Jalapa fillers. 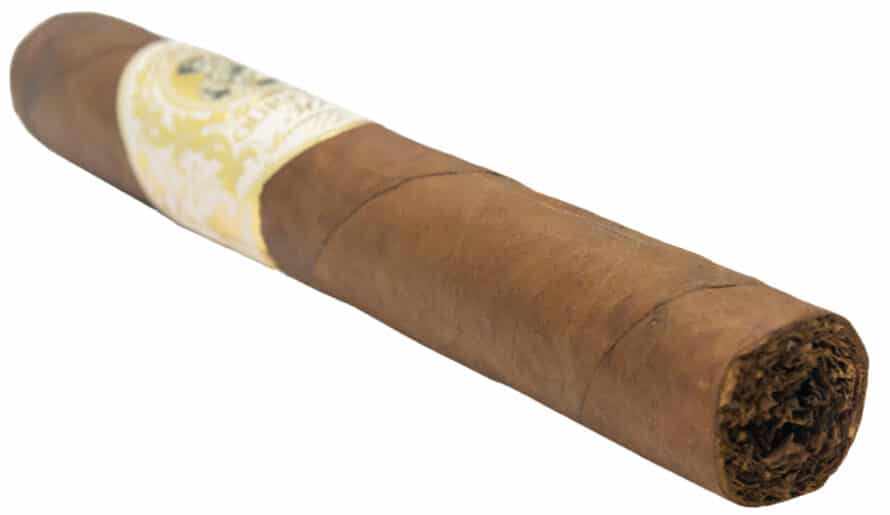 “This cigar has a nice marbled brown tone with a nice double cap. The foot is solidly filled and the wrapper is smooth with a light oil sheen. No protrusions or veins noted.” –Diana (ArmyRN)

“Smells great. Dry and sharp notes of serious fermentation.” –John I. (John I.)

“First several puffs I’m getting a lot of dry hay/tobacco. Very mild start. Not a lot of body or strength. Burn is very wavy. Taking several touchups. Smoke output is amazing though. Retro is a tad harsh. Hope the second third opens up a bit flavorwise.” –Kevin J. (maninblack77)

“Tastes like leather, pepper, and cedar. Occasionally, there’s a slight sweetness from the tobacco but it’s mostly just a classic cigar taste. The burn is good, the draw is nice, and the smoke output is passable which is a nice start. There’s a far more aggressive level of pepper on the retrohale which adds a little depth to the profile.” –Alan (Eulogy)

“Remains very sweet but with drier notes in the mid-third. There’s some pleasant leathery notes as well with a bright sharp finish. Burn is tending to one side by the end of this third, but corrects easily with a touch of a lighter. ” –John I. (John I.)

“Here we go! Chocolate finally comes into the picture! Plus a slight sweetness that is very appealing. Just my luck, the wrapper starts to crack on me. Probably due to the humidity in the air. Luckily it doesn’t change the flavors coming from this. Retro really brings out the creaminess and the cocoa in this cigar. Much better second third.” –Kevin J. (maninblack77)

“Strength has picked up at the end. Remains very sweet, but with richer, deeper flavor. Coffee and dark earthiness abound at the end. Really great finish, easily my favorite portion of this cigar.” –John I. (John I.)

“Strength kicks up a notch going into the end. I’m still getting lots of chocolate and a cocoa like sweetness. Burn continues to be an issue. The wrapper split for a good inch but I nursed it back. Really enjoyed how it ended. If only the first third was this good.” –Kevin J. (maninblack77)

“Just a little loose but overall it was a good amount of resistance. The smoke was a little thin and lacking body.” –Alan (Eulogy)

“While it was wavy from the start it didn’t really become an issue till the final third. I had to do some major touch ups at the end and it looked like there was a lot of tobacco missing in the roll.” –Alan (Eulogy)

“If the first third had been like the other two thirds, it would have scored higher with me. The flavors really came into their own. Really enjoyed the chocolate and earthy notes I got from this. I’d give it an 88. Would definitely try it again. Worthy of a fiver at the least.” –Kevin J. (maninblack77)

“It’s a very classic cigar profile of leather, pepper, and cedar that lost a lot of flavor at the end. Some of the issues that I had with the construction and the quality of smoke make it hard to recommend with other similar blends that do it so well at a reasonable price point.” –Alan (Eulogy)

“I liked this quite a lot. There were some early off hits that may have been due to it being a little young. Overall there was a nice development of strength that resulted in a nice bold finish. Tons of sweetness throughout, with a wide range of herbal notes, leather and woody flavors on display. It would be great to have a box to let rest for a while.” –John I. (John I.)

“I found this cigar to be a pleasant smoke. Fairly one dimensional for me but to be fair with a tighter than optimum draw I struggled to really get the full experience of this smoke. I would definitely smoke several more to have comparisons. The earthiness and woody notes were very nice and this cigar would pair well with a nice bourbon.” –Diana (ArmyRN)

Blind Cigar Review: Gurkha | Treinta Toro
Summary
"I liked this quite a lot. There were some early off hits that may have been due to it being a little young. Overall there was a nice development of strength that resulted in a nice bold finish. Tons of sweetness throughout, with a wide range of herbal notes, leather and woody flavors on display. It would be great to have a box to let rest for a while." -John I. (John I.)
Appearance
90
Aroma
90
First Third
90
Second Third
92
Final Third
90
Draw
93
Burn
87
Construction
90
Overall Experience
90
90
Very Good