Back in July, Rocky Patel announced the A.L.R., which stands for Aged, Limited, and Rare. It was first shown off at the IPCPR trade show.  This blend is the first in the series that will run for years . The project started three years ago when Rocky blended a special small batch cigar that he would only order a run of 100,000. He decided it would be a good cigar to age and this became the first Rocky Patel ALR. 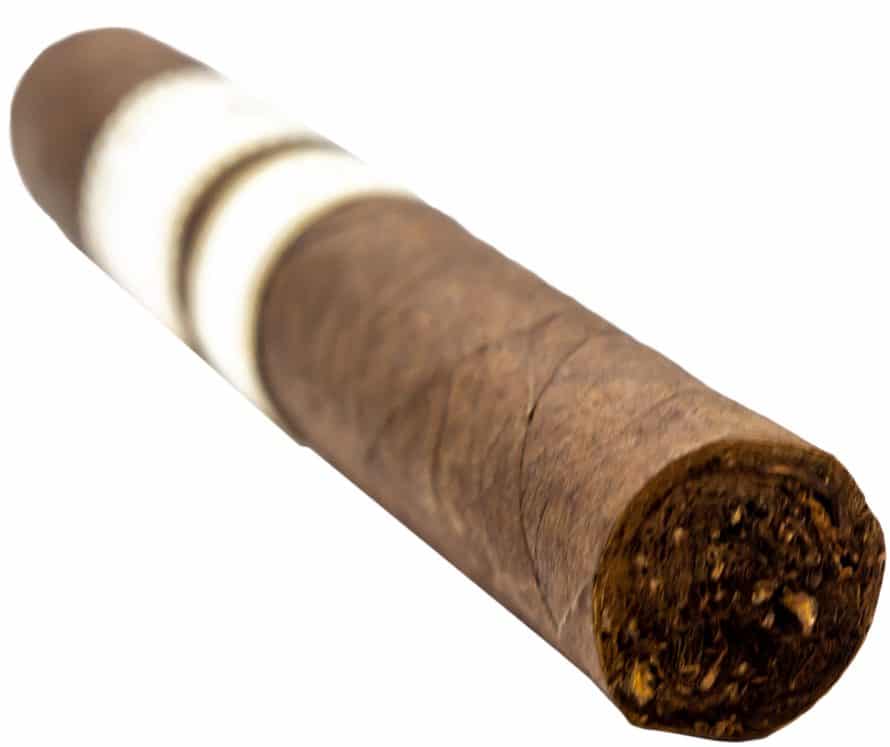 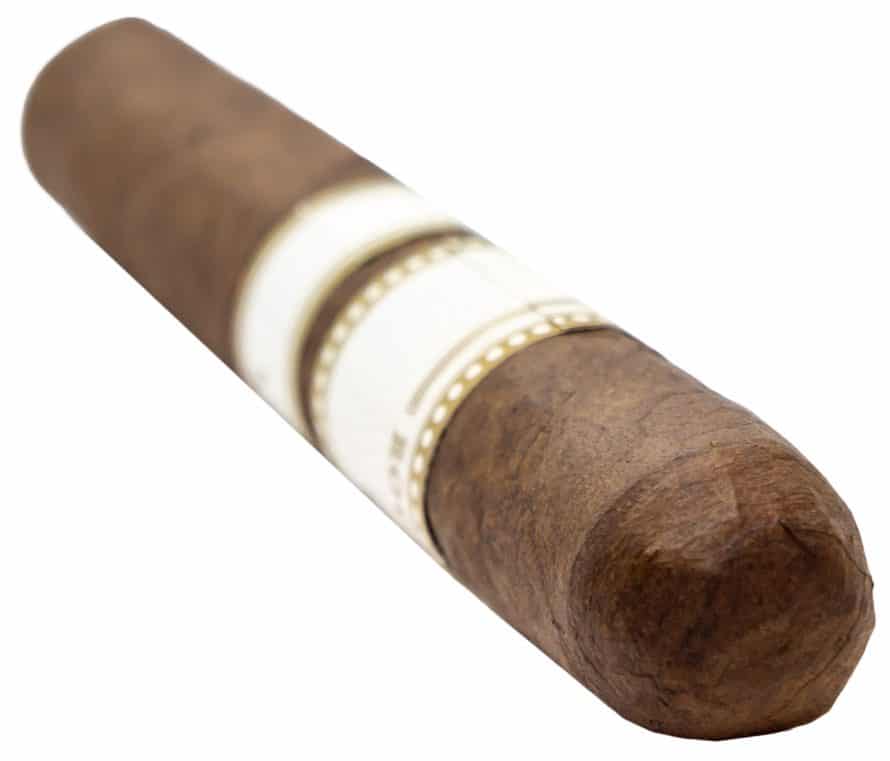 “This cigar looked good with seams that were nearly invisible and a nicely applied cap.” –Isaac M. (The Nothing)

“This is one of the sweetest smelling, non-infused, cigars that I have experienced in quite some time. At the foot there is a bit of compost and barnyard aroma.” –Jason H. (Jokey Smurf)

“Leather and Earth were pretty much instant when lighting this cigar. The retro was a spicy cedar that was quite intense. Letting the cigar rest at all muted the flavors greatly, and I could find some notes of grains, albeit slightly, when picking it back up.” –Isaac M. (The Nothing)

“This cigar has started off interestingly…what I mean is the flavor profile is very mild. In the front the flavors are primarily leather with a tang of salt. On the finish, there is a layer of cream that coats my palate with oil and lingers into the next puff. While the flavors are mild, however, there is an underlying strength that I can feel in my sinus and at the back of my throat. I’m really wondering where this will go as the cigar progresses.” –Jason H. (Jokey Smurf)

“There really hasn’t been much change from the initial flavors on this stick but that isn’t such a bad thing. While mild, the salty leather flavors are quite good, and the creamy nature of the smoke is keeping me coming back for more. One interesting note…it appears that there is a moist pocket in the tobacco as the wrapper swelled and split in one spot just behind the area where the tobacco is burning. I store my cigars at around 65% RH so I’m surprised that this happened. Fortunately it didn’t negatively affect the draw and I’m still getting really impressive smoke volume.” –Jason H. (Jokey Smurf)

“Still heading down the same path as the previous third with some missing flavors but still the same overall profile. Leather, nuts, light sweetness. The creaminess is still there as well. The spice is still light. Rretro is still of a light spice.” –Matt H. (Mattehh)

“A nice smoky tobacco flavor has crept into the last third and gives the cigar more earthy notes. The sweetness remains on the finish and the cocoa is more muted now. Progression remains minimal for this cigar but again, it is a pleasant and smooth smoking experience. ” –Diana (ArmyRN)

“Into the final third this cigar has taken a significant turn in flavors and strength. The cream has faded entirely and the salt has faded to the back while the leather has increased and is accompanied with a note of earth is almost gritty on my palate. There is also a significant increase in the nicotine at this point…I’m feeling it, but just enough to let me know it’s there…I’m digging it.” –Jason H. (Jokey Smurf)

“It was a bit firm with a V-cut, but not so much as cause problems.” –Isaac M. (The Nothing)

“There were no real issues with the burn. I touched it up a couple of times as the burn edges became rough. It never had an extremely sharp and even burn line but it didn’ but badly either. Overall it was an easy cigar to smoke.” –Diana (ArmyRN)

“The wrapper never lost it’s integrity and the cap held nicely throughout the smoking experience. There were no cracks, lifts or other issues. The wrapper had rough edges on the burn but didn’t deter from the smoke.” –Diana (ArmyRN)

“I sure hope this was a one-off because there was no redeeming qualities to smoking the cigar.” –Isaac M. (The Nothing)

“This cigar was a winner on all points. The flavors eased me into the experience by starting off mild and ramping up to the full bodied experience that I prefer. The construction was spot on, and the totality of the experience was superb…Highly recommended!” –Jason H. (Jokey Smurf)

“One of the things that makes a good cigar experience is draw and unfortunately the draw on this cigar totally wrecked this cigar for me. I had to work super hard to get smoke which is not very relaxing. That being said some of the flavors I got were had a lot of potential. ” –Daniel S. (Daniel S.)

“This wasn’t the most progressive smoke in the world for me but it was very pleasant. I enjoyed the flavor notes and especially the last third where the smoke tobacco came more into play. This cigar was very relaxing to me as it was smooth, minimal if at all pepper notes, cocoa, some floral and other earthy flavors were consistent and tasty.” –Diana (ArmyRN)

“I really enjoyed this cigar. It got better and better towards the end. The cigar was kinda one note but still had great flavors that were interesting and worked well together. ” –Matt H. (Mattehh)

Blind Cigar Review: Rocky Patel | A.L.R. (Aged Limited & Rare) Robusto
Summary
"This wasn’t the most progressive smoke in the world for me but it was very pleasant. I enjoyed the flavor notes and especially the last third where the smoke tobacco came more into play. This cigar was very relaxing to me as it was smooth, minimal if at all pepper notes, cocoa, some floral and other earthy flavors were consistent and tasty." -Diana (ArmyRN)
Appearance
91
Aroma
91
First Third
89
Second Third
91
Final Third
91
Draw
93
Burn
92
Construction
92
Overall Experience
91
91
Very Good