Southern Draw Cigars showed off 300 Hands and 300 Manos at the 2018 IPCPR trade show in Las Vegas. These cigars are meant to be an affordable cigar the gives back to the people that make them.

Sharon Holt says, “We want to share this story with the masses and have priced this cigar line in an unbeatable range of $5.99 – $6.49 while expanding our charitable giving strategy to Nicaragua. We will distribute 25% of our profits to those Nicaraguans that offered us their honest stories and identified specific needs in and around their own communities,” per Sharon Holt of Southern Draw.

“We hereby ask our valued retail and media partners to join us as we endeavor to share the stories of 300 Nicaraguan brothers and sisters, using their words, their emotions and their heartfelt pleas to help their neighbors. We have high hopes for a better Nicaragua as they fight to overcome decades old struggles that have just recently escalated into what has been deemed a newsworthy crisis. They are 300 HANDS and this is their story.” stated Robert Holt of Southern Draw.

“This is a really nice looking cigar that is sporting a dark maduro wrapper leaf with a bit of tooth and one prominent vein running through the cap. There is a bit of oil sheen on the wrapper but just a bit.” –Jason H. (Jokey Smurf)

“Cocoa notes with some damp earth from the foot. Let’s light this baby up!” –Kevin J. (ManInBlack77)

“This cigar did not play around, right off the bat I was hit with tons of flavor. There was no progression of strength, this cigar was pretty strong right away. The flavors I picked up were black pepper, a hint of hot pepper, and some sweetness. The retro was all black pepper. As I got to the end of the first third tje cigar was getting a little creaminess to it, which help bring all the flavors together.” –Daniel S. (Daniel S.)

“The initial flavors are basically light with notes of gently charred wood and a hint of walnut. Through the nose there is a solid blast of pepper and a hint of the sweetness promised in the initial aroma.” –Jason H. (Jokey Smurf)

“Man this baby is ramping up the flavors I love. Espresso, cocoa and chocolate flavors abound!! Burn is near perfect so far with very few touch ups. Ash holds on for a little over an inch then drops. Draw is damn near perfect. Loving this cigar so far!” –Kevin J. (ManInBlack77)

“Bitter coffee continued into the second third with the spice moving aside to wood notes. Those wood notes were also very prevalent on the retrohale. As the second progressed the coffee freshened up and the bitter tones seemed to be of cocoa nibs.” –Isaac M. (The Nothing)

“I continued to get a lemon, cocoa and wood flavor on the finish of the cigar. It reminded me of lemon zest at this point. The light leather added a nice earthiness to the cigar and it finished very nicely and fairly well balanced.” –Diana (ArmyRN)

“This cigar is steadily ramping up in both strength and body, with a progressively stronger charred wood note and an ever increasing depth of espresso and complex coffee notes. I have decided to cease my retrohale attempts due to the increasingly strong black pepper notes that are threatening to overpower my palate.” –Jason H. (Jokey Smurf)

“The draw was very nice and I had no issues during the entire smoke. It was consistent and easy without being sloppy. ” –Diana (ArmyRN)

“No burn is issues at all with this cigar. From first light to the last puff I didn’t have to mess with it. The burn line was razor sharp the whole time.” –Daniel S. (Daniel S.)

“With a good burn and great ash, it was hard to remember that this cigar also looked great. I’d say it was constructed well to say the least. ” –Isaac M. (The Nothing)

“Like I said before, this cigar hit on every flavor I enjoy in a cigar. Chocolate, aged tobacco and cocoa. Would I buy this? Heck yes. Very enjoyable. ” –Kevin J. (ManInBlack77)

“After reviewing cigars for a year now they can tend to all blend together but every once in while one grabs your attention. This cigar most certainly had my attention from first light until I finished it. This is the perfect after dinner cigar to sit down with and drink a nice bourbon or scotch. The strength and bold flavors would pair nicely with a good bourbon. I felt the flavors all worked nicely together and had a perfect balance of sweetness, pepper, and strength. Looking forward to finding out what this cigar is so I can get a box.” –Daniel S. (Daniel S.)

“If coffee and chocolate is your game, than this cigar fulfills. The transitions were smooth and timed in such away as to not let the smoker lose interest. A solid performer from start to finish, I would not hesitate to recommend this cigar to anyone that likes something just a bit on the full-bodied side. I know I most certainly enjoyed it. ” –Isaac M. (The Nothing)

“This was a great way to end an evening. This cigar eased it’s way into my preferred flavor profile and will also have a welcome place in my humidor. ” –Jason H. (Jokey Smurf)

“I had a very different experience in the flavors of this cigar. The lemon notes were good but at times bordered on threatening to make the cigar bitter. Overall it was a good smoke with consistent burn, draw and flavors but I’m not sure that my palette was happy with the lemon zest that I was getting. I would want a little more sweet added into the cigar to balance out the lemon for me. I would certainly give this cigar another shot, if nothing more than to have a great burning and easy cigar smoking experience.” –Diana (ArmyRN)

Summary "After reviewing cigars for a year now they can tend to all blend together but every once in while one grabs your attention. This cigar most certainly had my attention from first light until I finished it. This is the perfect after dinner cigar to sit down with and drink a nice bourbon or scotch. The strength and bold flavors would pair nicely with a good bourbon. I felt the flavors all worked nicely together and had a perfect balance of sweetness, pepper, and strength. Looking forward to finding out what this cigar is so I can get a box." -Daniel S. (Daniel S.) 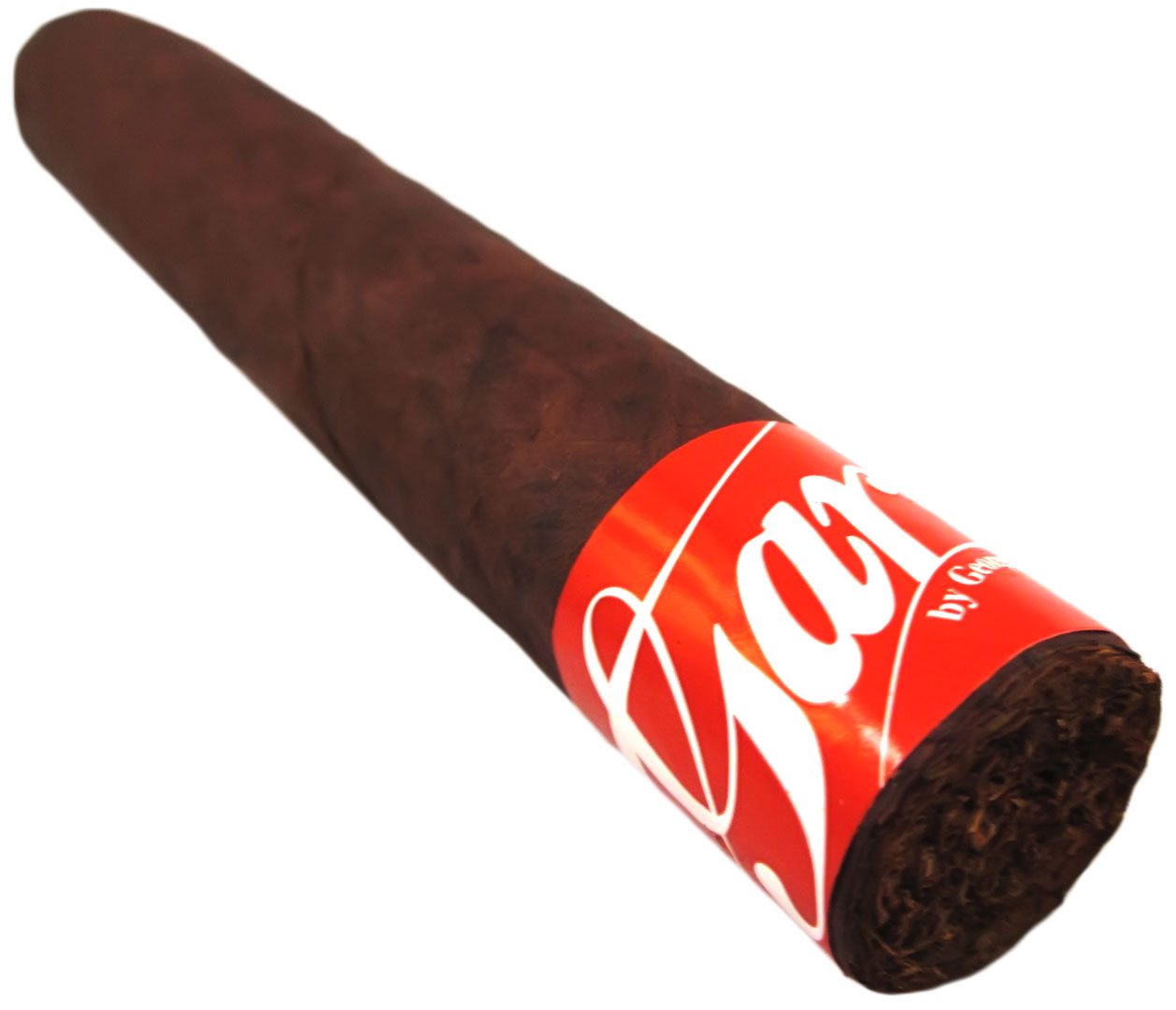 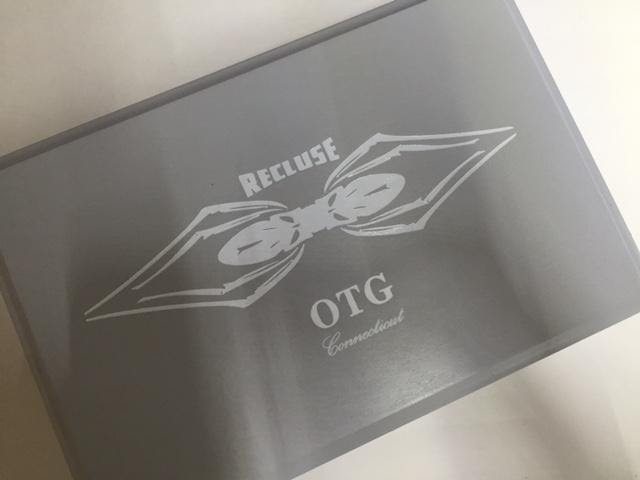