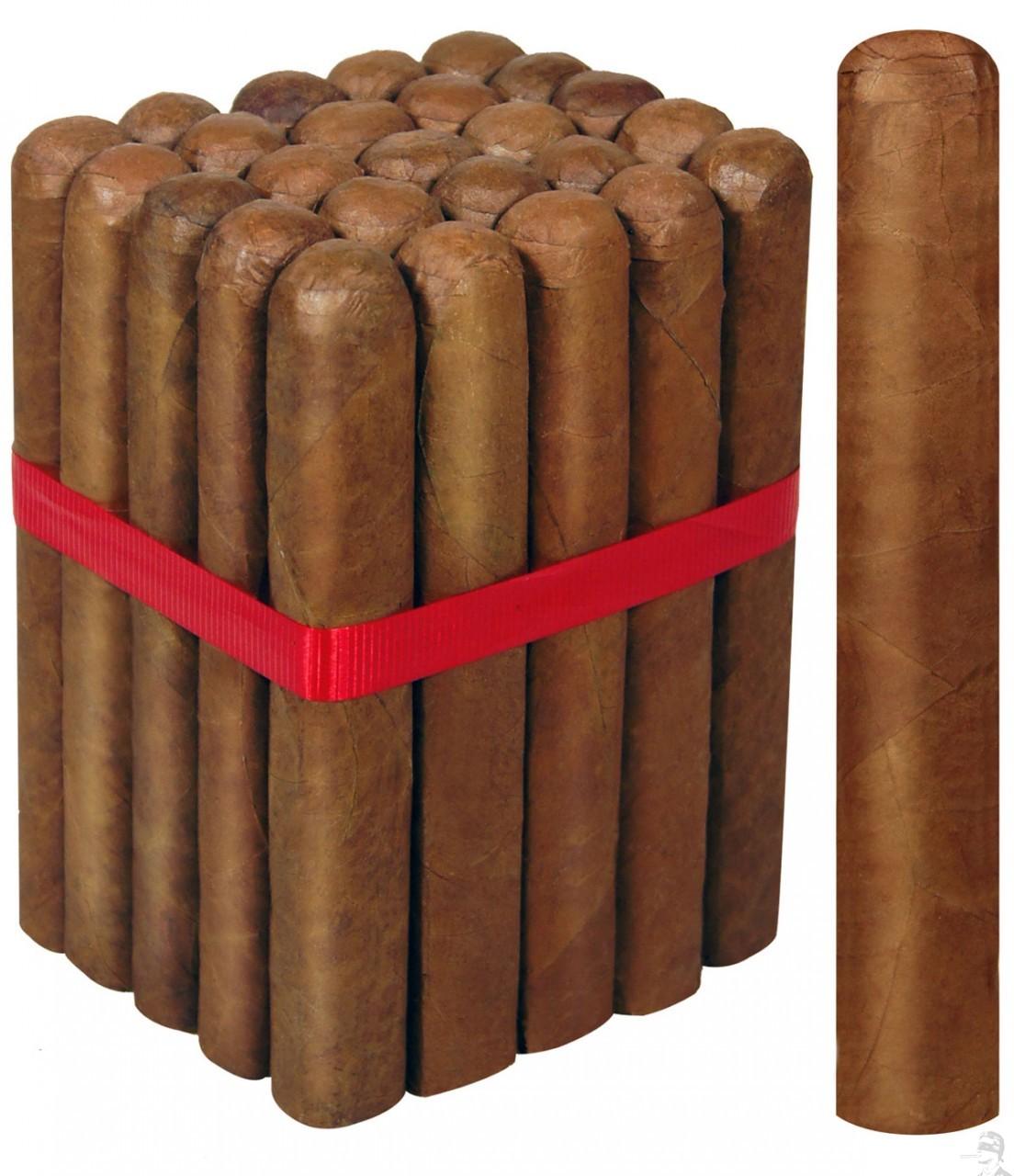 “There are a couple of water spots on the fairly dark brown wrapper. Minimal veins and the cigar looks neatly rolled with very tight seams.” –Aaron (aaron72)

“Look’s like a steak, but smells like dessert, with cocoa, allspice, light coffee and leather.” –Ron (shuckins)

“There is an initial blast of pepper after which the pepper ramps up for about a half inch before dying down. It is about the one inch mark that I begin to get other flavors that were so far obscured by the pepper. There are definitely woodsy flavors mostly cedar and some nuances of chocolate and some nutmeg. The pepper is settling to the back of the throat. There is also a tingling to the front of the tongue. The same flavors persist the entire third. The burn is good but the draw is slightly too tight for my liking. There is creamy wispy smoke but I think the wispiness is because of the draw. The ash is medium grey and is holding for about three quarters of an inch before falling off.” –Sandeep (Djangos)

“No real flavors to note on the pre-light draw, but I do get some spiciness on my lips. Initially I am getting what sounds like an odd combination of spicy chocolate, but it is a very enjoyable flavor. A half inch in and the strength starts to die down a bit and I begin to get a bit of sweetened coffee. An oak aftertaste lingers on the palate for a few seconds after each draw.” –Aaron (aaron72)

“Little more coffee comes through as the cedar fades and the pepper eases up a bit as it nears halfway. Still has a taste of allspice to enjoy, along with the campfire smoke tobacco flavor, although it’s not as woodsy tasting as it started out being.” –Ron (shuckins)

“Dry hay, walnuts and still some coffee with white pepper at the end of the retrohale, I’m having to puff aggressively to keep the cigar lit. The flavors are a bit harsh because of this.” –Gregg (McGreggor57)

“The smoke has started billowing and is very thick and creamy. The nuttiness and wood are very prominent as well as the subtle baking spices but altogether works very well. It began burning a bit hot at this point and caused an almost harsh taste.” –Milton (mjohnsoniii)

“The woodiness with a bit of creaminess continues in this third. The smoke production has really ramped up. The cigar went out on me again in this third. Even on re-light, I had to keep puffing to keep it going which caused it to get hot.” –Aaron (aaron72)

“Much looser than I prefer, especially given the sponginess of the cigar.” –Gregg (McGreggor57)

“The burn wasn’t consistent at all. Half the time, it was razor sharp and the other half was really uneven. It really got bad during the final third.” –Milton (mjohnsoniii)

“Firm to touch and feel. No soft spots were appreciated. Veins are felt quite prominently. The surface is also quite bumpy.” –Sandeep (Djangos)

“This cigar finished better than it started, so naturally I want to smoke another one, just to see if will benefit from a little longer rest time.” –Ron (shuckins)

“There seemed to be some interesting flavors, but the effort required to smoke this cigar really dampened my enthusiasm for it. Maybe with more rest and dry boxing, my experience would be better.” –Gregg (McGreggor57)

“Definitely need to try this again but if you are not a fan of pepper this one is not for you. The burn and draw may have been a one time thing. Overall enjoyable.” –Sandeep (Djangos)

“This was a very decent cigar, especially in the second third. The first and third had times that made it almost great but tended to waver off. This could potentially be a very good cigar but it wasn’t consistent at all. I would definitely buy a box (or bundle) of these as time could very well do them some good.” –Milton (mjohnsoniii)

“The flavors were pretty good, a bit disappointed about it going out multiple times, but could see another one that burned well scoring better.” –Aaron (aaron72)