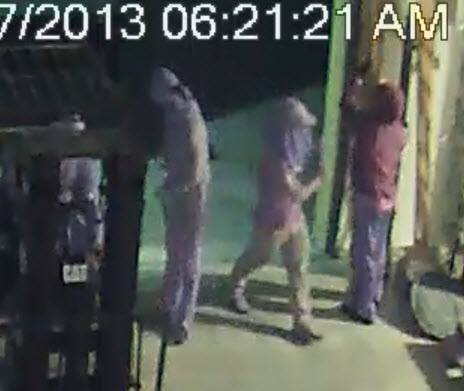 This explanation was taken directly from the Alec Bradley Facebook page:

We’ve been holding off on announcing anything regarding this as an investigation is still underway.  On Saturday, September, 7 at approximately 6:30am, four thieves cut through the roof in our warehouse and loaded up pallets of cigars into a stolen truck and got away.  We’re asking everyone, especially in Florida and the Northeast, to keep their eyes and ears open for any suspicious offers selling Alec Bradley products. Someone broke into our home and took something we work very hard to make and we would like to see these people brought to justice.

A group of masked men broke into the Hollywood, Florida, warehouse where Alec Bradley Cigars stores its inventory, making off with more than half a million dollars worth of the company’s finest cigars.

The burglars cut a hole through the roof of the building using a high-powered saw, said Alan Rubin, owner of Alec Bradley, and gained access to the humidified warehouse. Using forklifts, they moved cases of cigars out to a stolen truck and made away with the merchandise, worth approximately $300,000 at wholesale, or nearly $600,000 at the retail level.

The break-in occurred early on the morning of September 7, a Saturday. Rubin initially kept the incident quiet during the search for the criminals, who remain at large. “We didn’t want to say anything because of the investigation,” Rubin told Cigar Aficionado. He changed his mind, he said, when he heard of people in the northeast United States being approached with offers of buying Alec Bradley cigars at a steep discount.

Rubin, who provided Cigar Aficionado with several photographs of the intruders taken by security cameras, said the theft would temporarily impact his supplies. The burglars, who he called well-organized, targeted some of his most in-demand products, including Alec Bradley Prensado, Nica Puro, Black Market and Alec Bradley Connecticut. Rubin said he and his workers were still going through the inventory to get a precise account of what was stolen.

This isn’t the first time cigar warehouses have been targets of crime. As recently as July, a group of six burglars broke into the Tamarac, Florida, warehouse of Florida Distributors Inc. and made off with about $250,000 worth of Dutch Masters machine-made cigars, according to NBC news. They also went through the roof, and have not been apprehended.

The men responsible for the Alec Bradley burglary remain at large and are believed to be trying to sell the stolen merchandise in the northeast. Rubin urged anyone who is approached with offers of Alec Bradley cigars to call local authorities.