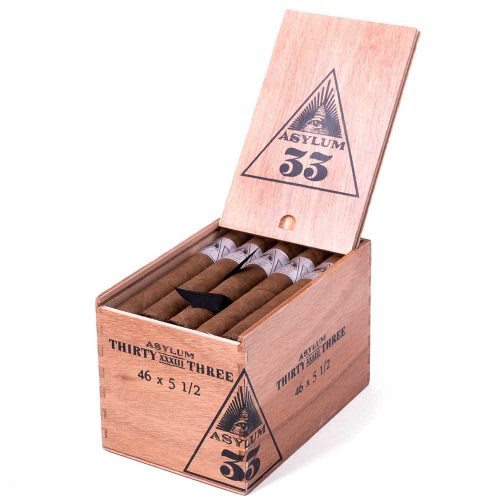 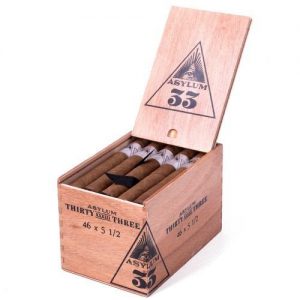 “Binny’s Beverage Depot has been carrying Asylum cigars since 2015 and are proud to announce the return of the Asylum 33 to our stores. The Asylum 33 quickly found itself as a customer and staff favorite. We are very happy about the opportunity to bring the Asylum 33 back to Chicagoland,” states Jack Spethmann, Assistant Cigar Buyer. The cigars will be available both online and in retail outlets, so if you don’t live in Illinois, you can still find it at https://www.binnys.com/.

C.L.E. Cigar Company represents the more commonly known brands including C.L.E. Cigars, Asylum Cigars, EIROA Cigars, Puros Indios Cigars, Cuba Aliados Cigars, Patoro Cigars, Wynwood Cigars, Edgar Hoill Cigars, and Hechicera Cigars. C.L.E. Cigar Company was founded in 2012, while the Eiroa family has been working in manufacturing cigars since 1916. Christian Luis Eiroa has been awarded the title of the Official Ambassador of Cigars for Honduras by the Honduran President and his family operations include the Corojo Farm and Aladino Factory in the Jamastran Valley.