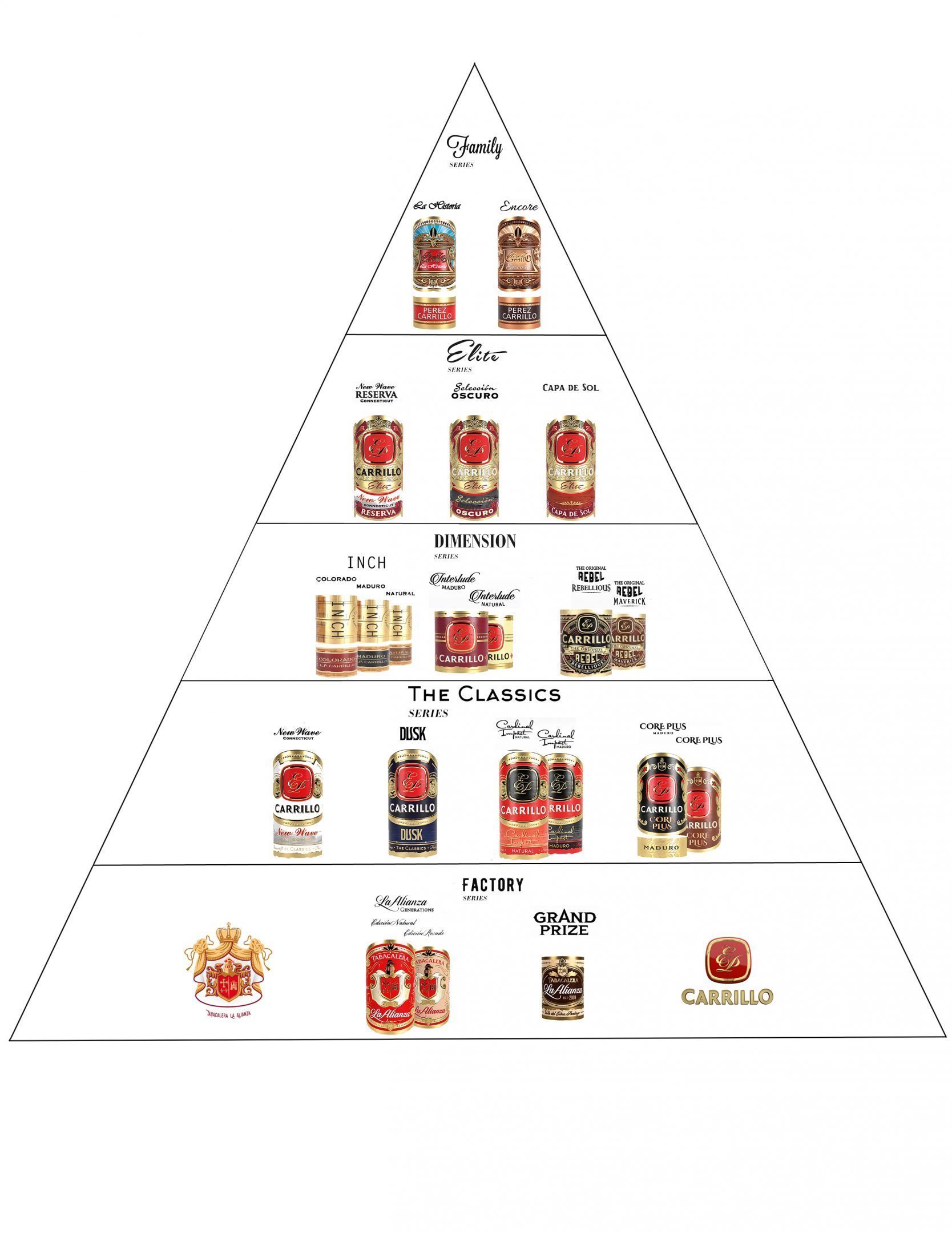 Ernesto Perez-Carrillo always set out to lead the industry in innovative and groundbreaking ideas. Today we unveil a group of cigar lines that each have a unique and distinct set of parameters within the Series. Each Series is based on a greater concept that defines the cigars that make up that specific series. Ernesto Perez-Carrillo and the entire E. P. Carrillo Cigar Co. family introduce to you The Series.

Perez-Carrillo, as a name, has been known in the Cigar Industry for years. Ernesto is a Junior and his father before him and the family before that all have been integrally involved in making cigars for generations. This is what was the inspiration for the Family Series of Cigars. These cigars are generations of know how, poured into unique blends and culminate as the creations of Ernesto Perez-Carrillo himself. Only these cigars are allowed to bear the name Perez-Carrillo and each vitola is an homage to someone within the family. Cigars that are the pride and joy of the Perez-Carrillo family history.

Hours spent on tobacco farms and fields looking for the perfect leaf. Hours spent on the factory floor blending to create the perfect cigar. Ernesto Perez-Carrillo spends these hours creating the Elite Series. Cigars that are worth the name Elite, due to the use of unique tobaccos and blends. A master achievement in flavor, character and time spent for each cigar to be called Elite.

Ernesto Perez-Carrillo is widely believed to have created the BIG RING gauge craze of today while he was with his prior company. Today, at EPC Cigar Co., Ernesto is at it again with the Dimension Series. He adds to his claim to fame by having created the INCH line and since it is all about dimensions, his next claim to fame is the smaller ring gauge, Interlude and the non traditional sized Rebel. The Dimension Series of cigars is all about the size and how that size relates to the smoker’s experience.

The Classics are the type of cigars we all know well. Those cigars that are traditional in make and style. They are akin to a favorite sweater or pair of comfortable shoes, a smoke that we crave anytime of day. Ernesto Perez-Carrillo reinvented tradition with the Classics Series by adding his personal touch to a traditional approach.

Factory Series: Outside The Box

The Factory series arises from the daily work on the rolling tables of Tabacalera La Alianza, Ernesto Perez-Carrillo’s factory in Santiago, Dominican Republic. Ernesto’s relentless pursuit of efficiency and sustainability of each process is paramount to the development of each cigar in the Factory Series. It is a series designed to achieve optimal use of raw materials that have been meticulously selected, processed, rolled, aged and classified by Ernesto himself. Tabacalera La Alianza offers exclusive products with unique tobacco kept under the most rigorous quality control to keep a high level of consistency. Personally reviewing each cigar and seeking excellence and attention to detail, nothing escapes the vigilante eyes and mind of the master himself.