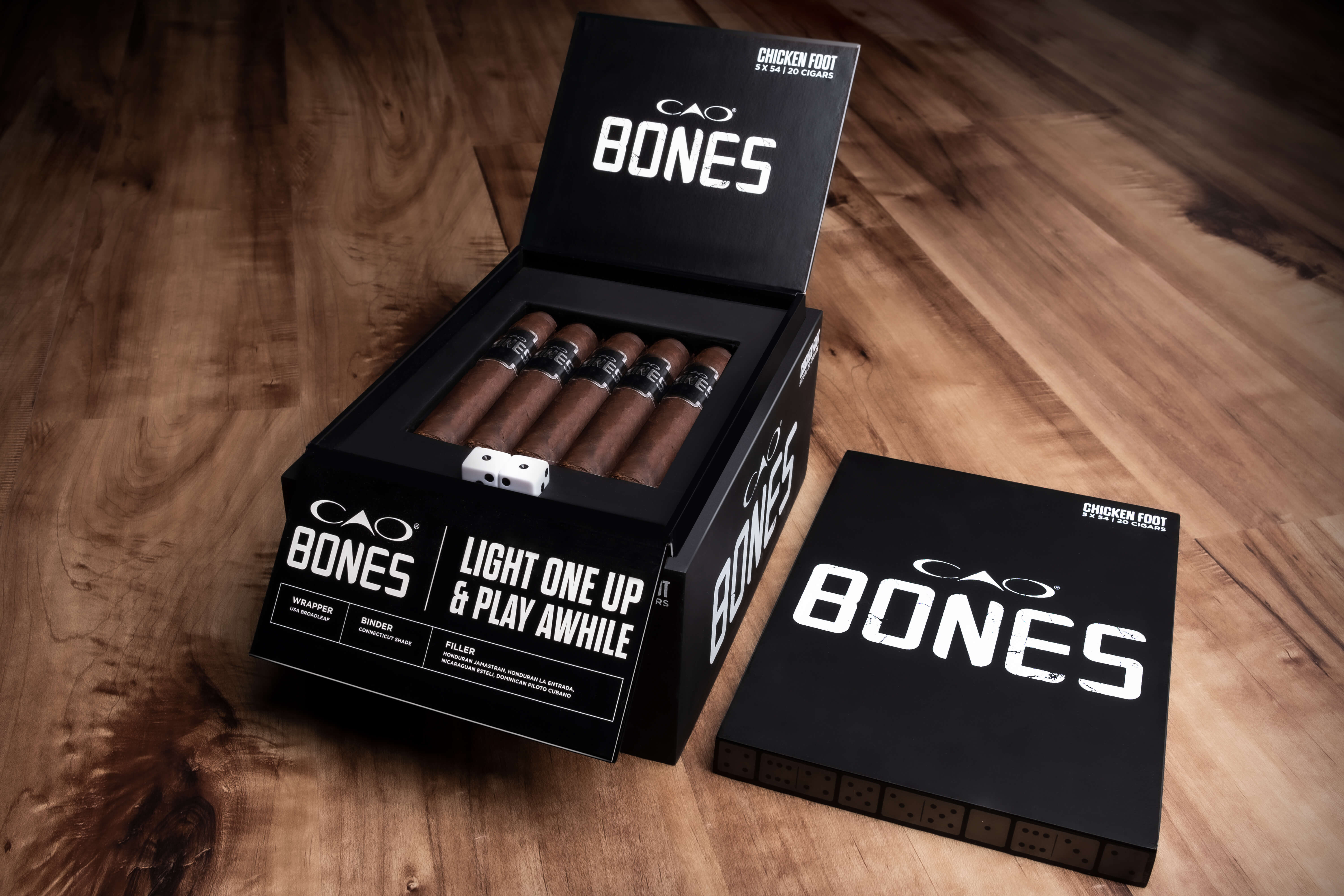 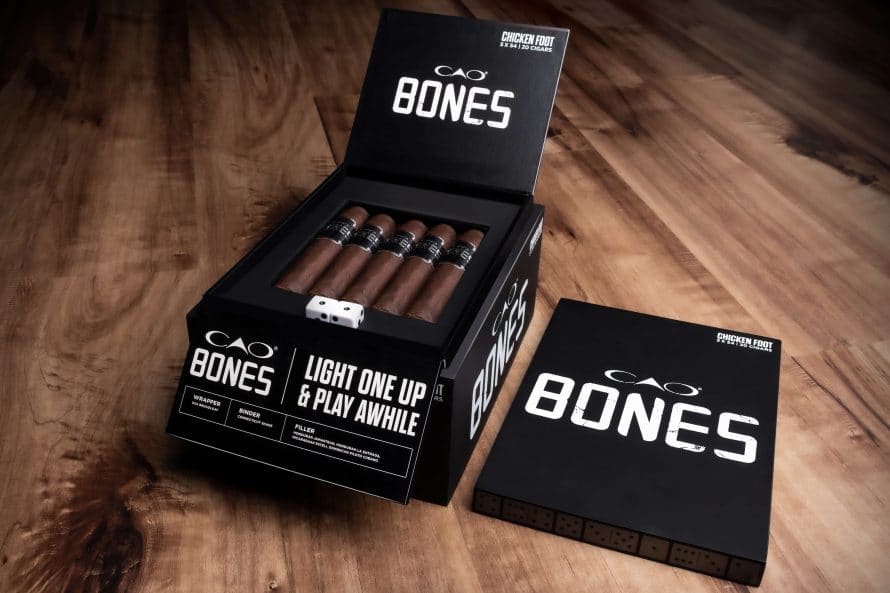 General Cigar has announces a new line of cigars for it’s CAO brand: CAO Bones. But it’s more than just cigars, it’s a celebration of dominoes, and dice.

CAO’s blender/brand ambassador Rick Rodriguez says, “Bones is about kicking back with your friends with a cold beer in your hand, playing a game, smoking, grilling, talking a little trash, and having the time of your life. And that’s what CAO is about, too. It’s about being yourself, enjoying the people you’re with and not having a care in the world while you’re having your cigar. Most of us need a break right now and Bones is just the cigar for that.”

The goal of this project was to create a medium-to-full-bodied smoke that could take a backseat during other activities, but also hold it’s own as a conversation point. It is desiged to pair well with a variety of drinks. The blend uses a four year old Connecticut Broadleaf wrapper, Connecticut Shade binder, and two varieties of Honduran tobacco from Jamastran and La Entrada, along with Nicaraguan Estelí and Dominican Piloto Cubano filler.