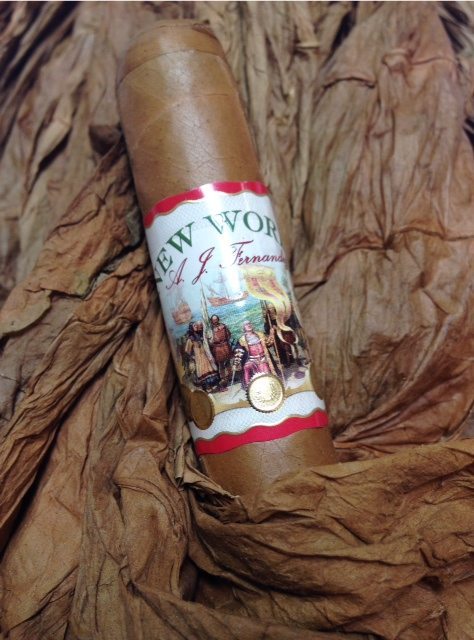 New World which was collaboration between A.J. Fernandez and father Ismael Fernandez has been received with rave reviews. To celebrate the success of New World, A.J. Fernandez Cigars and Cigar Inn will partner for a limited seating dinner event featuring a course meal by Rothmann’s Steakhouse. The exclusive event will also feature a premium whiskey pairing hosted by Gentlemen’s Jack to introduce the unveiling of the New World Connecticut. Cigar Inn is one of the most notable cigar shops in the nation and boasts the only Cigar Aficionado endorsed cigar lounge.

Kris Katchaturian, managing partner at A.J. Fernandez Cigars, said: “A.J. is extremely excited about introducing this limited batch of the New World Connecticut cigars for this event. It only makes sense that this event takes place at Cigar Inn which is arguably the most well-known cigar shop in the country.”

Billy Sakih, owner of The Cigar Inn, said: “A.J. Fernandez is one of the most talent cigar blenders on the scene today and we are looking forward to offering our guests this event which will feature amazing food, drink, company and the chance to enjoy the New World Connecticut.

ABOUT A.J. FERNANDEZ CIGARS:
A.J. Fernandez Cigars is based on the rich tradition of the Fernandez cigar legacy. A.J. Fernandez now produces unparalleled, hand-rolled cigars in Estelí, Nicaragua which have garnered numerous top ratings and acclaim from cigar publications and consumers alike. Today A.J. Fernandez continues the family tradition as he oversees production and manages day to day operations in his factory in Estelí.
For media inquiries please contact Creativas Group Public Relations via: info@creativasgroup.com.