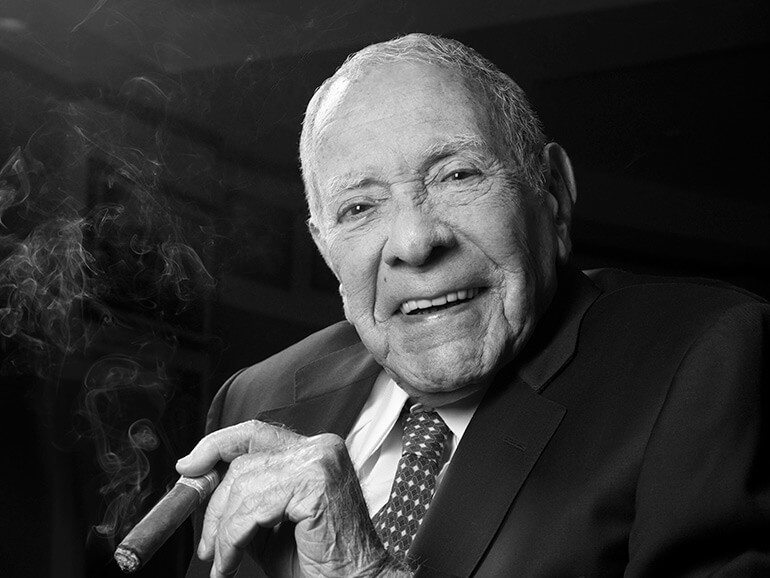 The patriarch of the Padrón Cigar brand, José Orlando Padrón, died early this morning. The master cigarmaker, who ran Padrón Cigars Inc. for 53 years, was surrounded by his family at his death. He was 91 years old.

Padrón was born on June 10, 1926 in Cuba to a family who was in the tobacco industry. He would stay there until 1961 when he left after the Cuban revolution, like many moving to Miami. In the U.S., a friend gifted Padrón with a small hammer which enabled him to get a carpentry job. From that job, he earned enough money to start his own cigar business in 1964. That hammer today is a symbol of the Padrón brand. Originally, Padrón rolled cigars in Miami.

The first cigars made by Padron were inexpensive and sold for pennies a piece. He did much of his business with cafeterias in Miami where Cuban expatriates like him smoked cigars. Padrón imported his first crop of Nicaraguan tobacco In 1967 which forever changed the direction of the company.

After a visit to Nicaragua, he started using that country’s tobacco in his cigars. Eventually, in order to meet demand, he would move his operation to Nicaragua and found Tabacos Cubanica. The factory burned down during the Nicaraguan Civil War in 1978. While it would eventually be rebuilt, Padrón would ultimately need to seek out a new factory across the border in Honduras. In 1985, when the Nicaraguan Embargo was enacted by President Reagan, he would move his Central American operation to Honduras. It would not be until 1990 when the Embargo was lifted that Tabacos Cubanica would re-open.

Since then Padrón Cigars has changed into one of the most premium cigar companies in the world. They have received many accolades and awards for their regular and limited cigar lines.