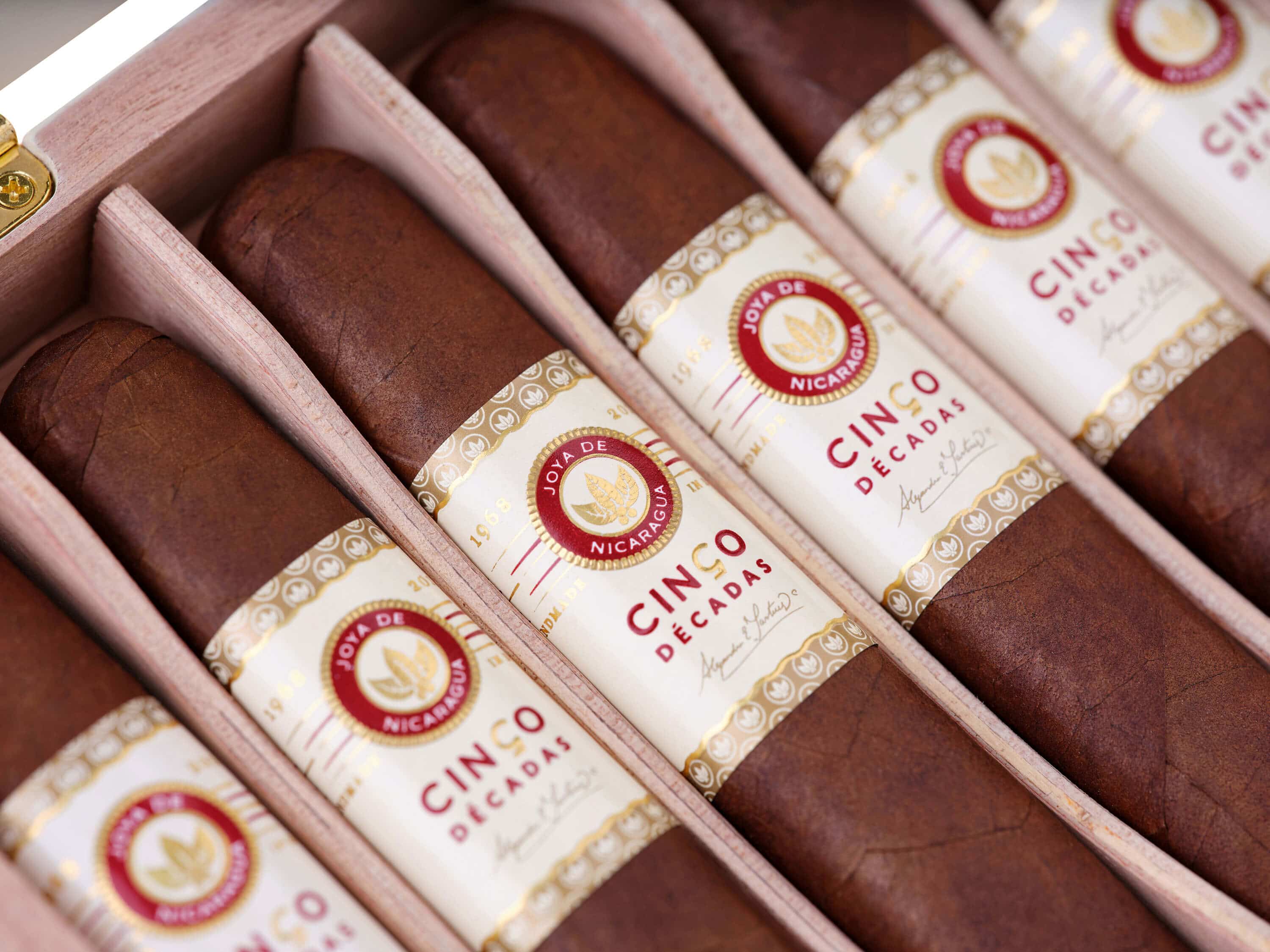 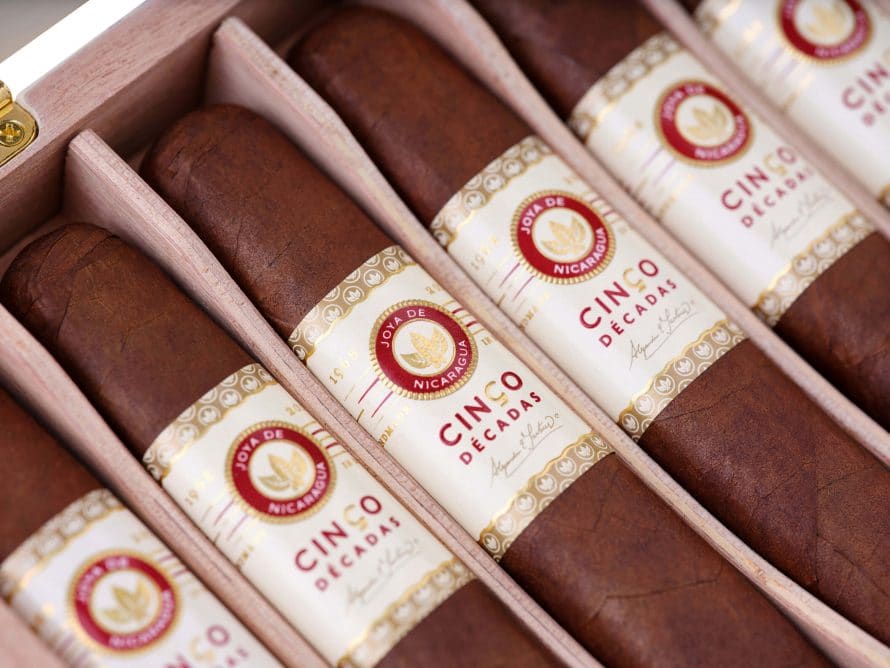 Joya de Nicaragua has announced a new size of the Cinco Décadas line, exclusive to Europe: El Embargo. The new size is a gordo vitola and measure 6 x 60. The cigar commemorates the resiliency of Joya de Nicaragua during the events of the 1980’s. El Embargo is limited production with only 500 boxes of 10 cigars made. It will be available in select European markets starting this month, with an initial release in the world’s flagship store for Nicaraguan Premium Cigar CIGARAGUA, in Amsterdam. A small number of boxes have been allocated for smaller markets in Asia and Latin America in 2021. Respecting its namesake, it will not be sold in the US.

The name comes from a bit of Nicaraguan history from the 1980’s a critical decade for Nicaragua and Nicaraguan cigars. Two events
were fundamental in shaping the country’s history during that decade: the civil war and the economic embargo, declared by the United States against the Central American nation in 1985. The embargo became an enormous obstacle for Nicaraguan products, as they were prohibited from entering the US Market, and its citizens could no longer enjoy Nicaraguan crafted cigars. But once more, from
obstacles came opportunity.

With its primary market forbidden indefinitely, Joya de Nicaragua had to seek alternatives to sell its cigars. This is how Joya de Nicaragua found in Europe one of its greatest allies, emerging as the first brand of Nicaraguan cigars to be enjoyed in the old world, and eventually becoming one of the best known Nicaraguan brands around the globe. 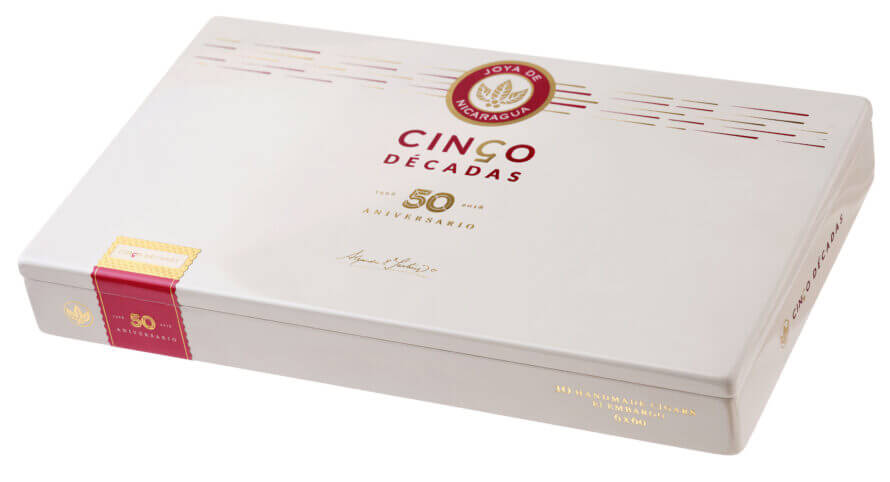 “Cinco Décadas pays tribute to our milestones as a company; the events that have made and shaped who we are today. But not all of the occasions were positive, some of them were paramount challenges. The embargo was one of those hard situations we confronted, but one that in retrospect allowed Joya de Nicaragua to establish itself as a truly global brand. Another great example of how the tough moments in life can actually make us better and stronger. With El Embargo, we bring to our European friends a token of gratitude for opening their arms to us during those years”, said Dr. Alejandro Martínez Cuenca, Chairman of Joyade Nicaragua S.A. 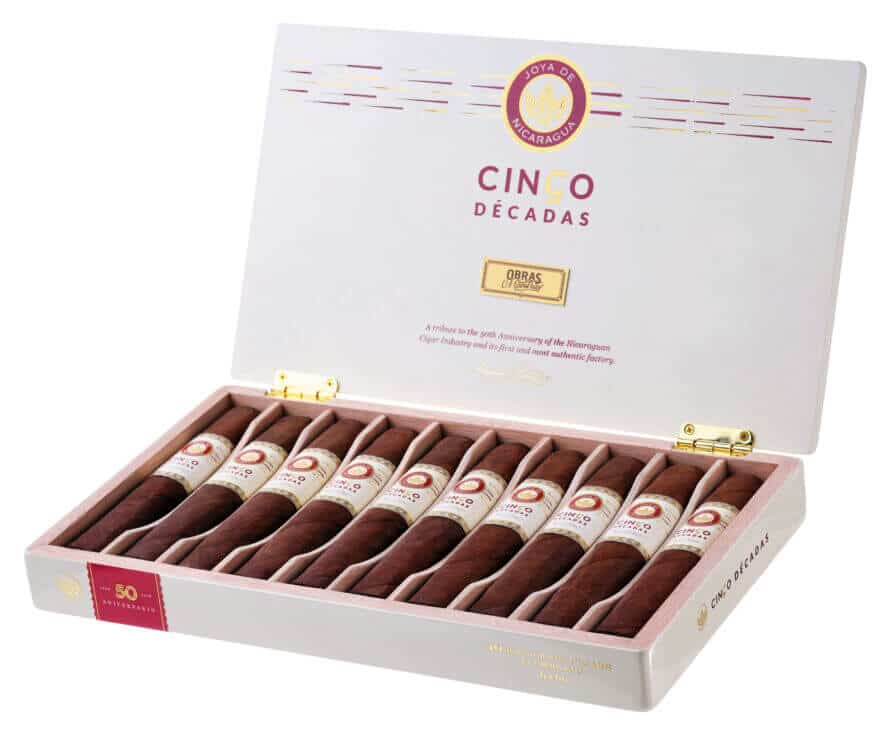