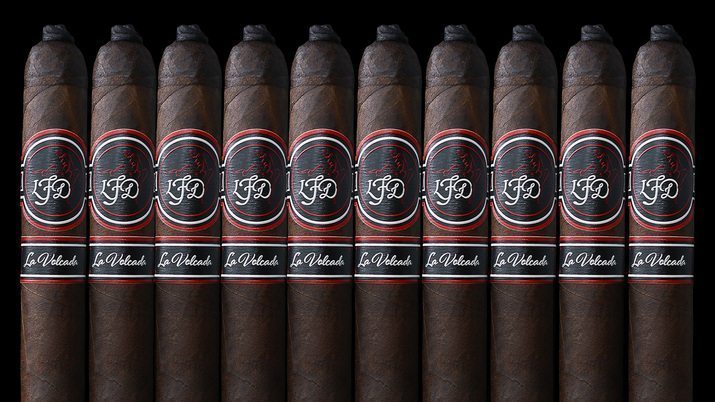 La Flor Dominicana will debut a new brand at next week’s IPCPR trade show that pays homage to Uruguay’s tango heritage, while also bringing back an old favorite that longtime fans will recognize.

Litto Gomez, co-owner of La Flor Dominicana, was born in Spain but grew up in Uruguay, where many argue that the tango was invented (although proud Argentines may disagree). While the debate about the dance’s origins may never be settled, the “dance of love” remains one of Uruguay’s most popular cultural exports.

To honor this fact, Gomez has created La Volcada, a new brand named after one of the tango’s most popular steps. The name comes from the Spanish verb volcar, which translates roughly to “tip over.” During the volcada tango move, the leader causes the follower to lean forward, allowing the follower to swing her leg around in a beautiful arc.

La Volcada will debut in only one size, a 7 inch by 48 ring gauge Churchill covered in a dark, San Andrés wrapper with a neat coiled cap. The filler was all grown on Gomez’s farm in La Canela, Dominican Republic, while the binder is Ecuadoran Corojo. Each cigar will carry a suggested retail price of $12.

According to Tony Gomez, Litto’s son, La Volcada will be a regular-production cigar “depending on how things turn out with the FDA.” It will come packaged in boxes of 20 and wears a black, red and white band that features a silhouette of a tango dancer performing the volcada move. (The silhouette bears a resemblance to the bullfighter found on the band of the La Flor Dominicana Andalusian Bull, Cigar Aficionado’s reigning Cigar of the Year.) 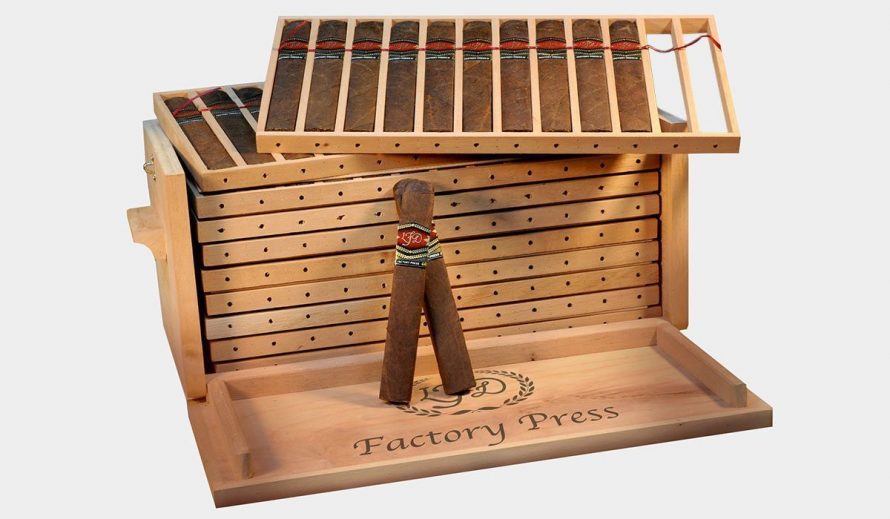 La Flor Dominicana is also bringing back a popular limited cigar: Factory Press. The original Factory Press debuted in 2005 as an ultra-hefty 6 1/2 by 60 squared-off cigar that came in large cabinets of 120, each containing 10 slotted trays of 12 trunk-pressed cigars. The trays resemble the molds that La Flor Dominicana uses to press some of its cigars into sharply square smokes.

For this year’s Factory Press, La Flor Dominicana will the same type of packaging (limited to 300 boxes). However, the 2017 version will measure 6 1/2 inches by 58 ring gauge and features a blend of Dominican filler (also from La Canela), Sumatra binder and a dark, Ecuadoran Habano wrapper. It will retail for the suggested price of $15.10 per cigar.

Both La Volcada and Factory Press are rolled at the company’s Tabacalera La Flor cigar factory in Tamboril, Dominican Republic.