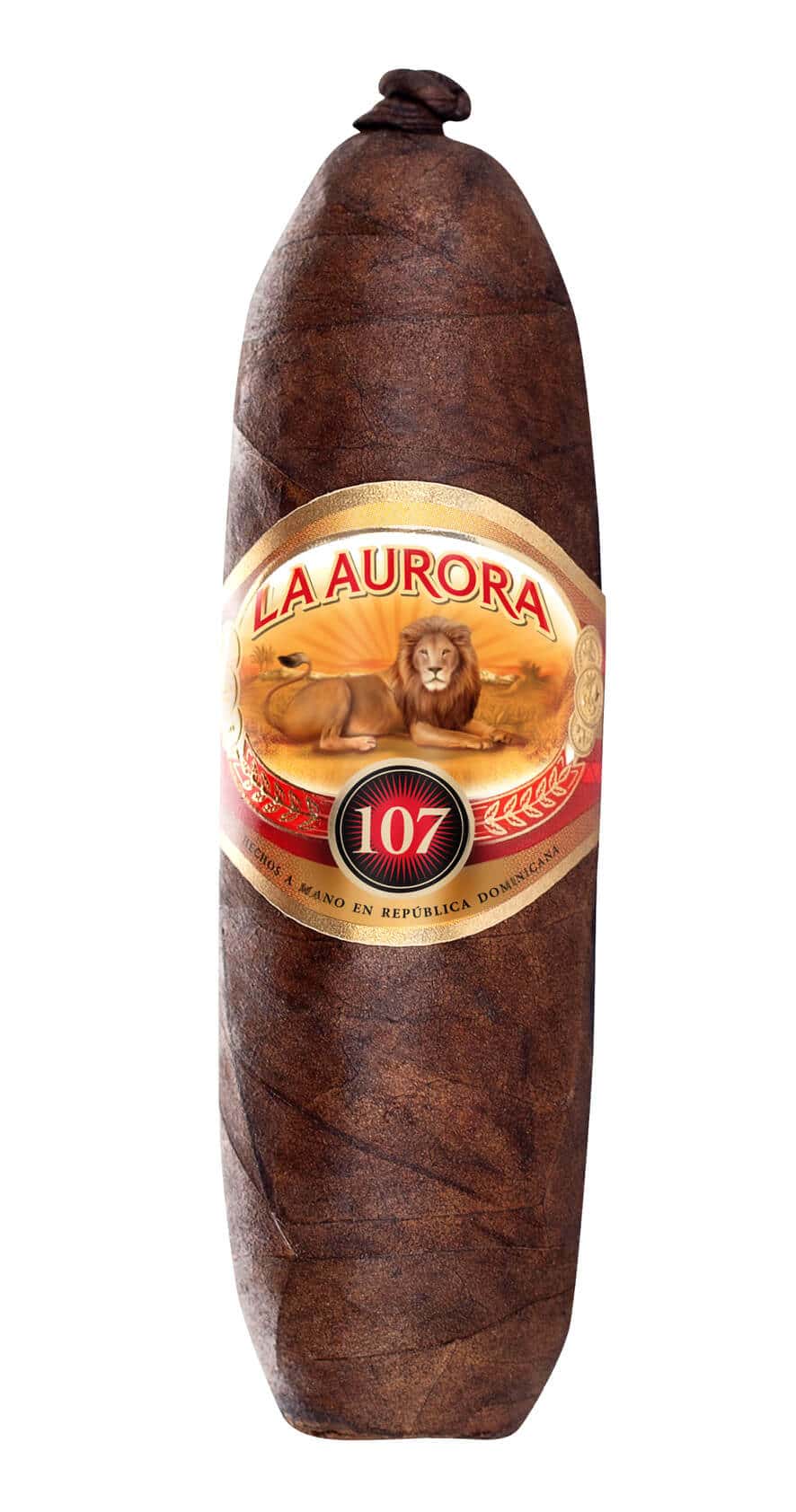 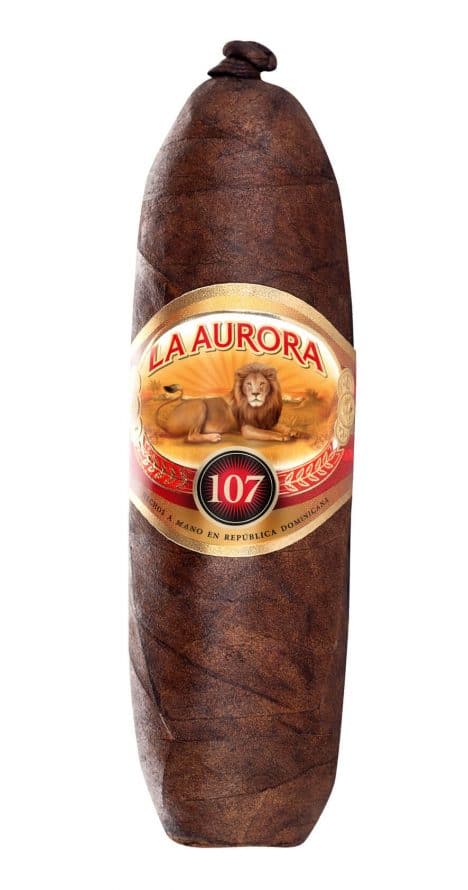 Miami Cigar & Company announced today that the La Aurora 107 Zeppelin will be coming to IPCPR 2019 in Las Vegas, Nevada. 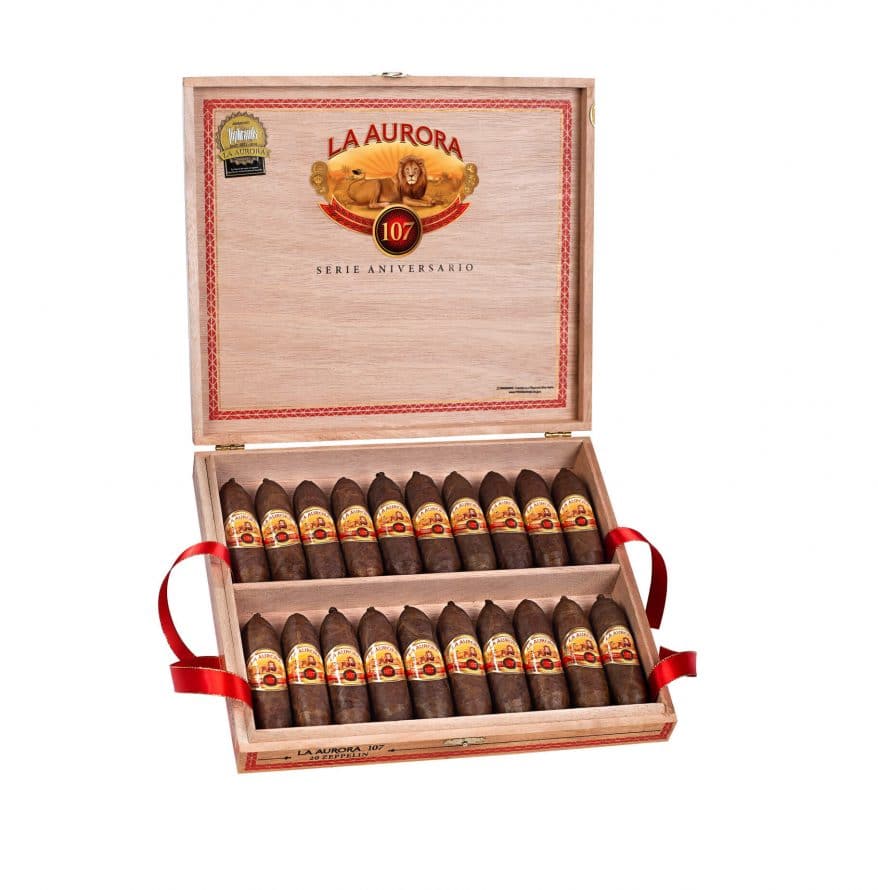 “La Aurora 107 was a game-changer when it released in 2010,” noted Jason Wood, Miami Cigar & Company Vice President. “Adding to the line such a unique shape in this classic blend will be a great way to re-introduce this legendary blend to cigar enthusiasts nationwide. La Aurora is well known for creating high-quality figurados, and this will be no exception.”

The cigar uses the same blend as the rest of the La Aurora 107 line including an Ecuadorian sun-grown wrapper, Dominican Cibao valley binder, and Dominican, Brazilian, and Nicaraguan fillers. The viotla for Zeppelin is a 4×58 double figurado. It comes in 20 count boxes at sells for $9.00 each cigar. The rest of the line currently is available in corona, robusto, toro, belicoso, gran, lancero, and 15-minute break.