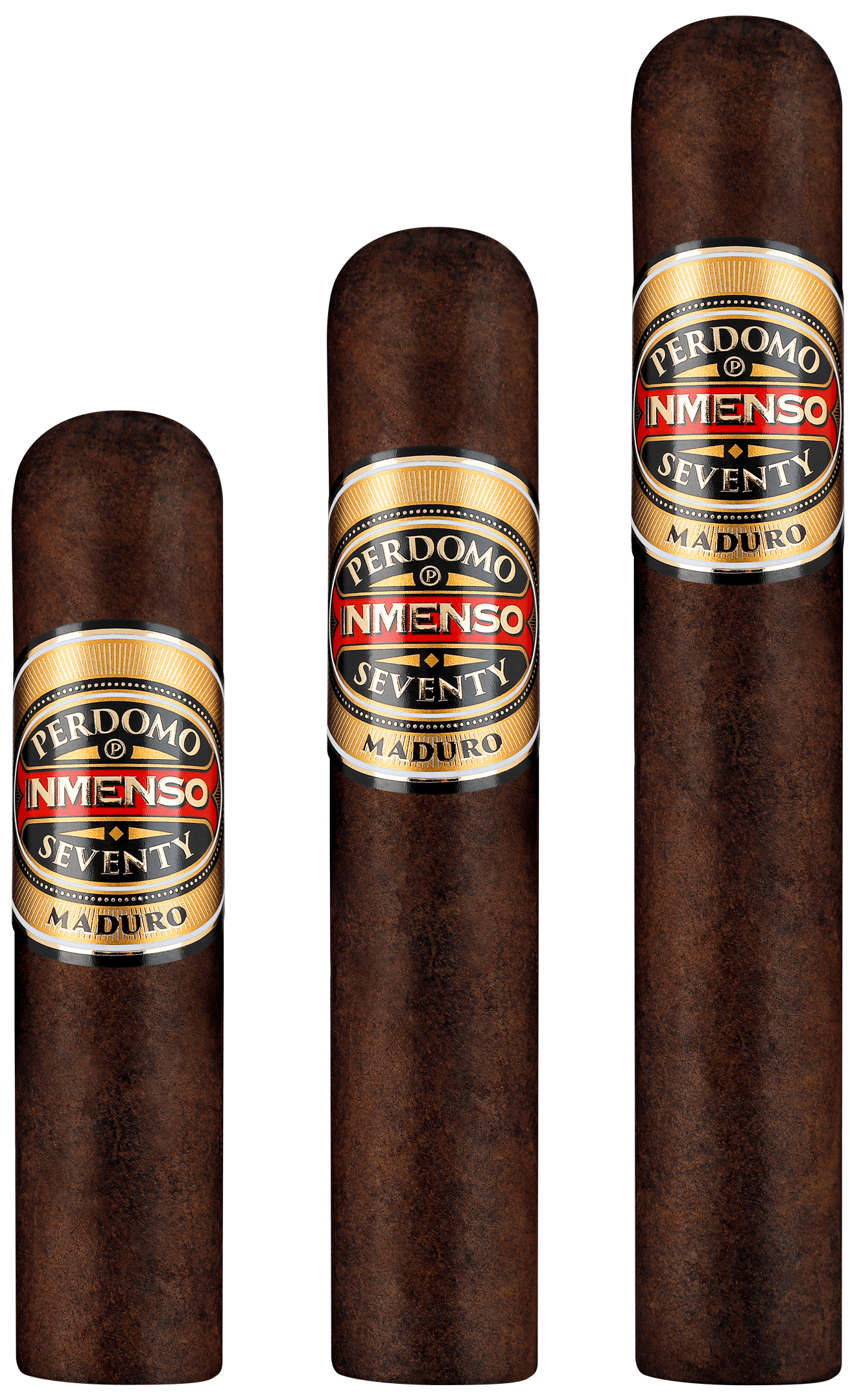 Tabacalera Perdomo has announced a new cigar, the Perdomo Inmenso Seventy. It comes in two wrapper varieties, Sun Grown and Maduro. The new cigar will ship May 2021. It was originally released in the early 2000’s but was ahead of it’s time and was since discontinued. Now that cigar ring gauges have crept up on average, the company felt it was time to bring it back.

The seventy ring gauge Inmenso cigars we made in the early 2000’s were considered enormous back in the day. Today, seventy ring gauge cigars have become more than a trend and are some of the industry’s most popular sizes amongst experienced smokers. There is no denying that the past year presented many challenges to our retailers and consumers, and as a result, we will proudly introduce these premium hand-made cigars at lower than planned price points. These are exceptional cigars I know everyone will truly enjoy.