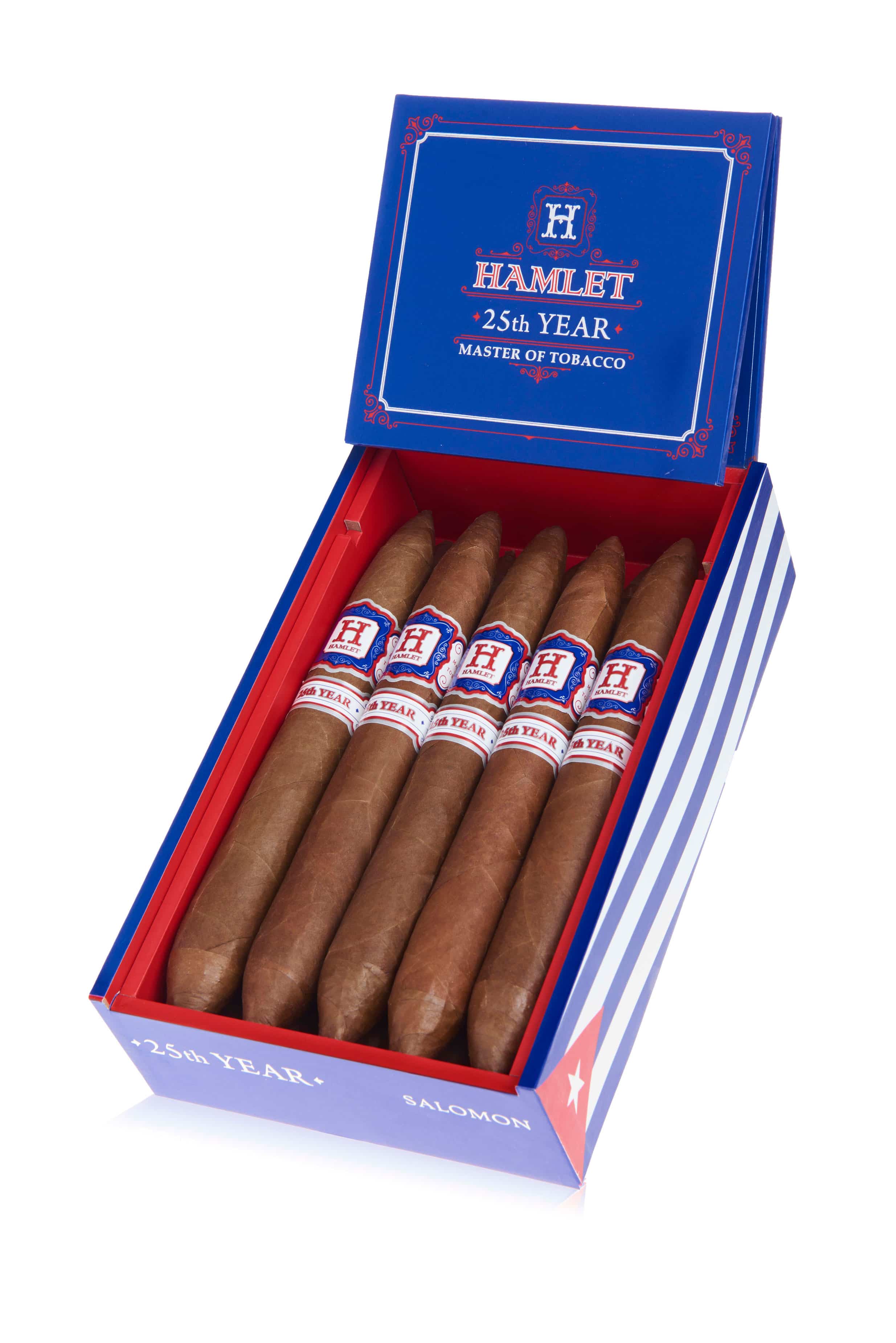 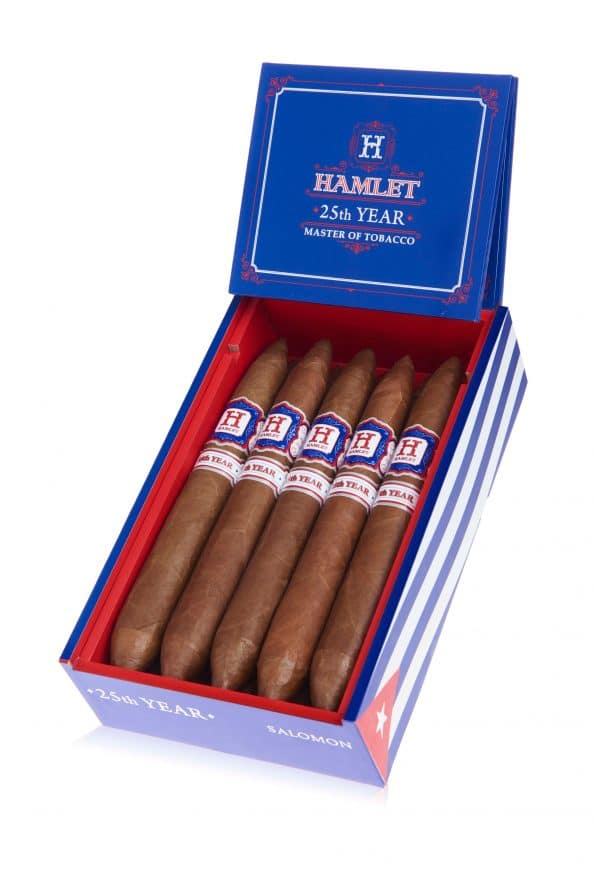 Rocky Patel Premium Cigars (RPPC) has announced a new vitola to its Hamlet 25th Year line, a Salomon size. The new vitola was shown off at this summer’s IPCPR trade show and will be shipping late October. Like the rest of the line, it was created by Cuban cigar blender and master roller, Hamlet Paredes.

The original Hamlet 25th Year line launched last year in a Robusto, Toro and Sixty. The ciga measures 7 5/8-inch pointed figurado that is a maximum ring gauge of 58 at its bulb.

“The Salomon shape has always been my signature shape to roll,” explained Paredes. “I already have a Salomon for my Tabaquero cigar brand. And it’s always been very popular. So earlier this year, I rolled the 25th blend into the same shape. Rocky smoked one, looked at it, and said ‘this is really good.’ That’s where it began for this new Salomon.”

The entire Hamlet 25th Year line is rolled at Rocky Patel’s TaviCusa factory in Estelí Nicaragua. It’s comes in 10-count boxes, and it sells for $11.00. The Hamlet 25th Year brand celebrates Paredes’ 25 years in the premium cigar industry, including his years at the Partagas factory in Havana, Cuba. It was in there that Hamlet learned this technique of blending and rolling cigars “free hand,” which is the hand rolling a ready-to-smoke cigar from scratch, without molds or presses.