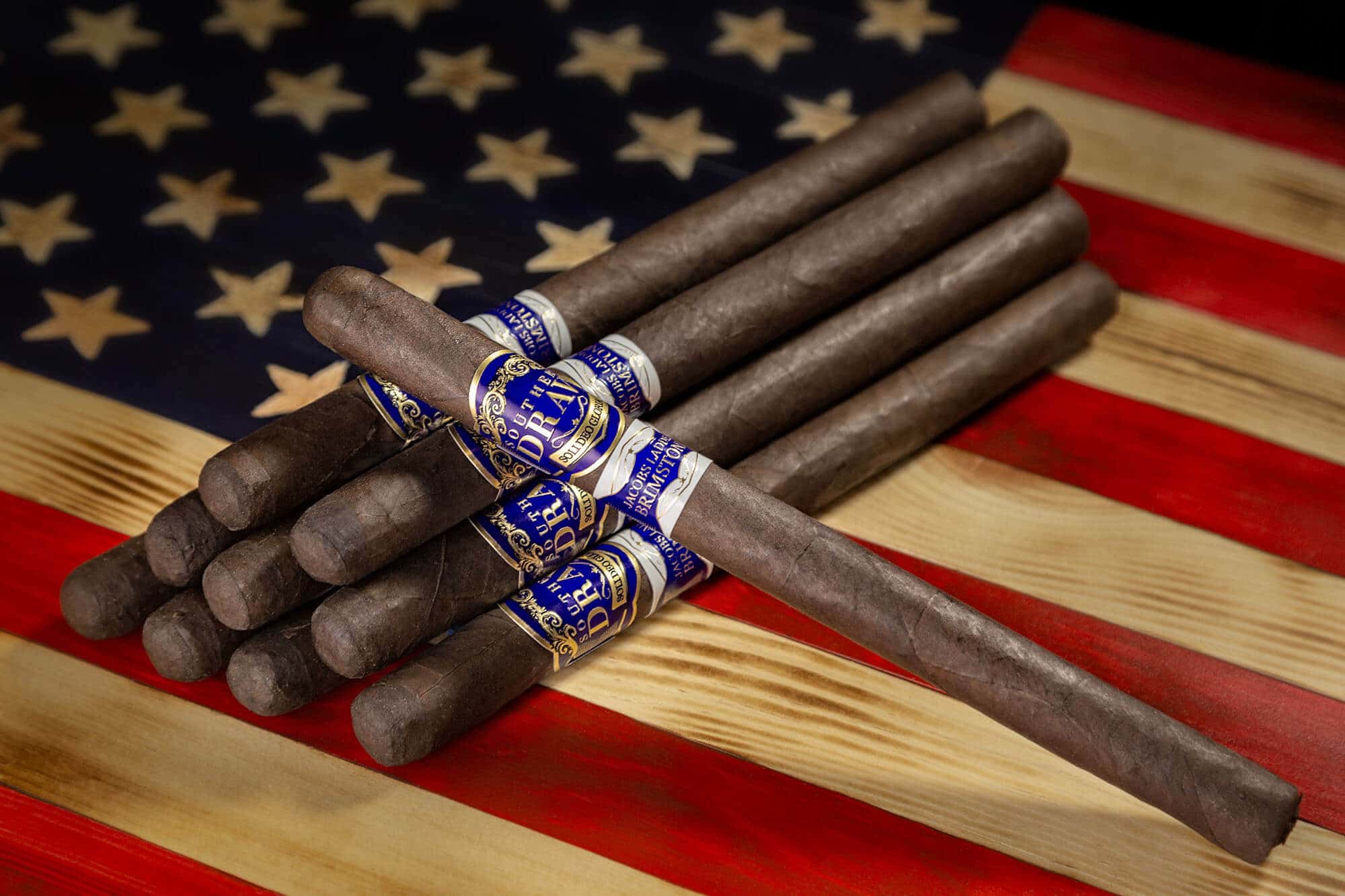 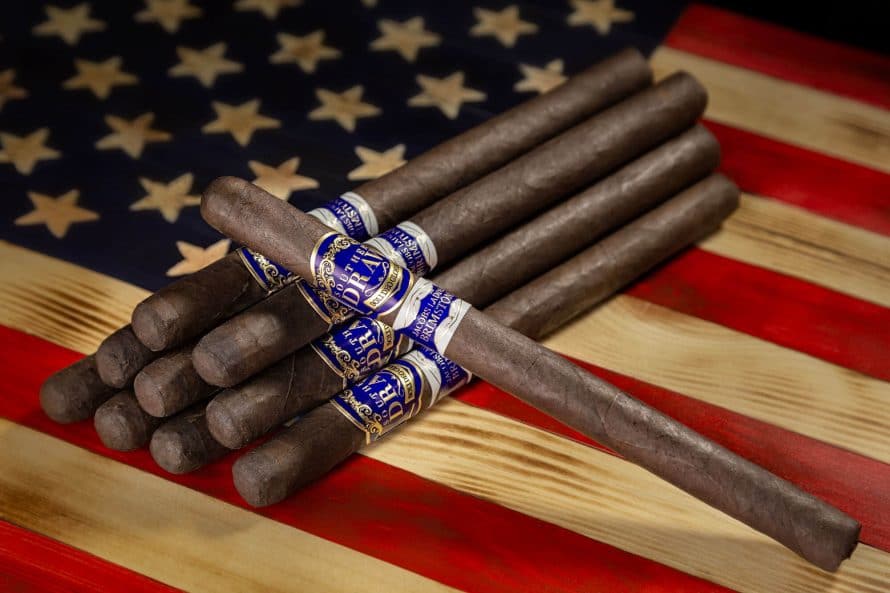 The Southern Draw Jacobs Ladder was introduced back in 2016. Fast forward to mid-2019 and the company added a fifth vitola in the line called the “Brimstone.” Not only was this a new size, but included an additional ligero leaf, making it an even stronger version of the company’s strongest blend. Now, Southern Draw is releasing that stronger blend in two new sizes: Oblivion and Un Presidente. 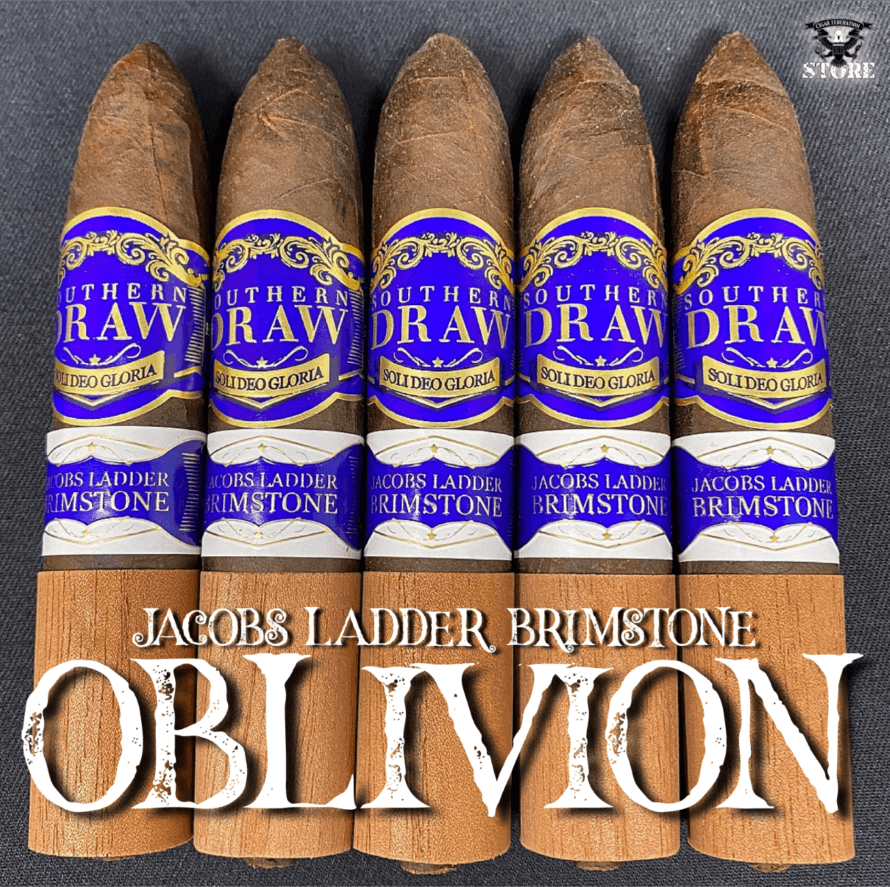 The bend for Brimstone uses a toothy USA grown Pennsylvania Broadleaf maduro wrapper and binder and select Nicaraguan ligero filler. They are rolled at AJ Fernandez Cigar Co. Oblivion is a Cigar Federation exclusive. “Consumers have now been enjoying the bold but approachable Jacobs Ladder blend for years, but we have developed two new ways of celebrating the triple-ligero Brimstone version after a gracious reception of the 2019 Brimstone release,” said Ethan “Jacob” Holt, the namesake of the blend. “We decided we should make those looking for an “overproof” or stronger than normal smoking experience, a size that truly demonstrates the predominantly bold flavors and aromas of this blend. Joining our great friends at Cigar Federation, the king of the limited releases, we introduce a Perfecto 5.0×58, where we have substituted the filler combination with stronger than the original ligero tobaccos, a truly full bodied blend for those demanding palates. A Cigar Federation exclusive version we have dubbed, OBLIVION, for those that smoke this cigar, the name will almost certainly be justified.” 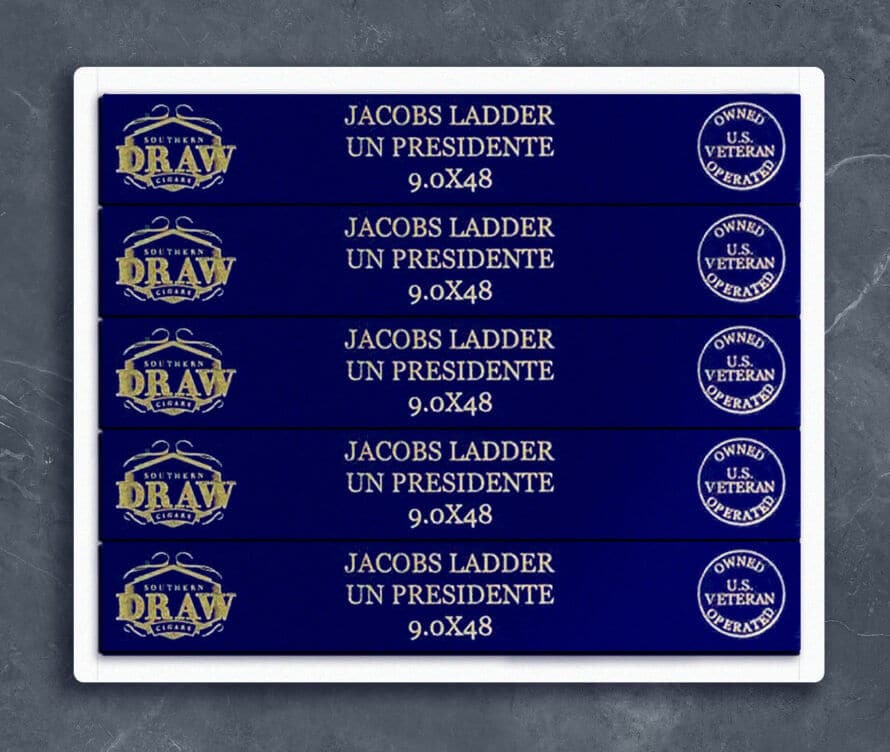 Only 4,000 Jacobs Ladder Brimstone Oblivion cigar will be released. “Our friends at Southern Draw have been creating some of our favorite cigars over the last few years. Frankly, some of the best in the industry. So, the bar was set exceedingly high for the new Oblivion release. But I gotta tell you, when we first lit it up, it more than exceeded our high expectations…it blew them into oblivion!” -Chris Kelly, co-owner Cigar Federation, Ezra Zion Cigars, Nomad Cigars.

“Oblivion is a cigar for the experienced boutique smoker. Novices need not apply! This is some of the fullest bodied, most delicious ligero tobaccos I have tasted. An absolute must smoke!” —Kyle Hoover, co-owner Cigar Federation, Ezra Zion Cigars, Nomad Cigars. Each 5-pack will cost $49.95. There will also be options for 10 and 20 count purchases for Cigar Federations loyal consumers.

The second new size, Un Presidente, is only coincidental that we are current electing a new president, and is not a political statement. The Presidente size is a classic Cuban size. Un Presidente is a full-production cigar that will come out in four annual releases of 16,000 cigars. Each Un Presidente cigar comes in its own handmade coffin which then comes in wooden 5 count trays. The cigars have been aged for 10 months. 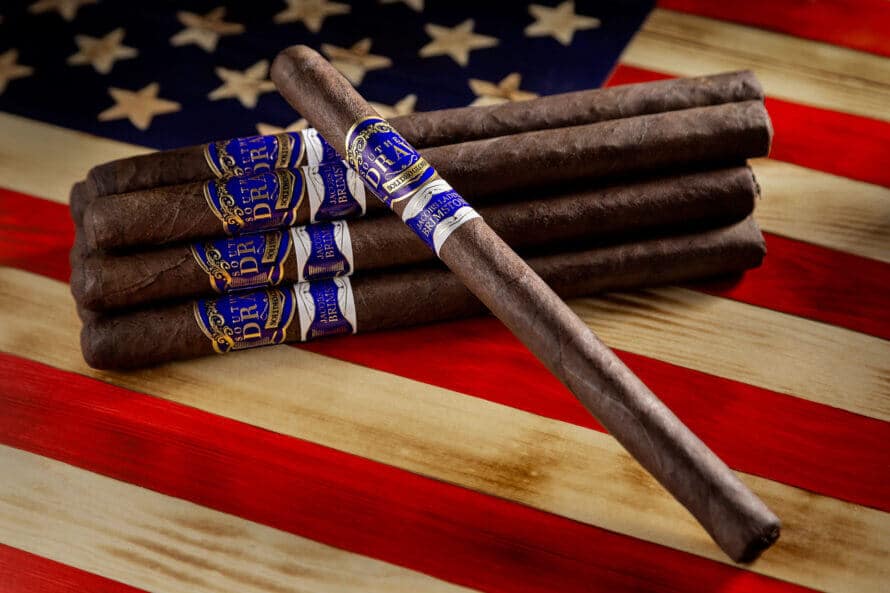 Ethan says, “For those, myself among them, that enjoy the original Jacobs Ladder Brimstone blend but have a desire for a thinner ring gauge and the ability to prolong their smoking enjoyment (without the necessity of cutting and lighting another cigar), we are introducing a Gran Corona 9.0 x 48 size. This cigar is regal looking and offers a delicious flavor combination and a subtler full body that is unique to this blend, AKA Un Presidente in honor of some of the classic Cuban cigars that have utilized these special size 9.0×48 cigar molds.”

Un Presidente is available to all Southern Draw’s retail partners on a first-come, first served basis. Each cigar will cost $15.00 per cigar and a limited amount of ten-count bundle refills will be made available for $150.00. Shipping approximately November 1, 2020.