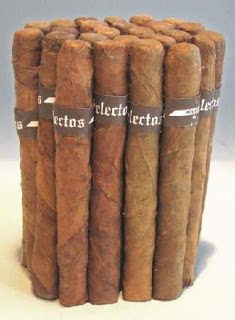 “This is the fabled “Peso Cigar”. This is the cigar the common Cuban citizen buys and smokes. They are NOT for sale at the tourist outlets at the duty free store, or on the resorts. They are sold in the stores frequented by the local people, so finding a place to buy them is a bit of a battle. Some people think they are a myth, but they are not. There are several brand names depending on where in Cuba you are. In the Holguin area, it is the El Selecto brand (Holguin). You get them in a plain paper type package in a bundle of 25, and they cost 1 CUC (hence the Peso name as the CUC is valued at about 25 CUP which are the pesos the local people shop with). They are inferior to the expensive brand cigars, without a doubt, they are not sorted by color of leaf, nor are they “hand rolled” (made by machine in most cases). They are however made in the same factories that produce the high end cigar brands, and you have the knowledge that some quality control did go into the making of the cigars. Some people say they are made from the leaf turned down as not making the grade for the high end cigars…this is likely so but still Cuban tobacco none the less.” -TripAdvisor.ca click here for more info. “Nice aroma with tobacco and hay.” –Jason (bigslowrock)
“The smell is actually quite good, I’m getting hay and tocacco.” –Emmett (rhetorik) 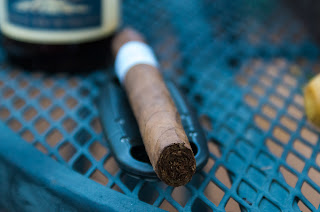 “The construction was unlike any I have experienced so far. It wasn’t straight but crooked, the wrapper was paper thin with cracks and blemishes. After cutting the cap, it was so tight at the head, it was impossible to get a pre-light draw. It looked like twigs were under the wrapper throughout its length.” –Robert (NavyPiper)

“Pleasant cedar and hay with peanuts and very mild cocoa. Picking up some twang here and there.” –Ian (Sp@rky426) 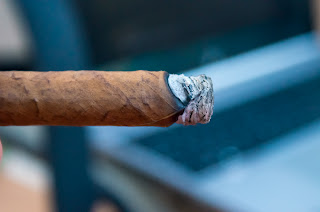 “As I initially light it, the draw is terrible on the first few puffs. I’m getting notes of cedar and hay. It’s almost Cuban-esque and I’m really excited because I haven’t smoked many ISOMs. It’s “ok” but with the force that’s used to puff, it’s making the cigar hotter and not really enjoyable. Let’s hope it opens up a bit soon. C’MON CIGAR!” –Milton (mjohnsoniii) 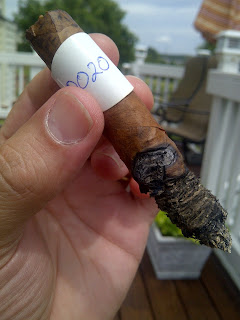 “This third isn’t too different from the previous, mostly wood and barnyard with a little bit of salt and pumpkin spice that could be twang.” –Emmett (rhetorik)
“Bitter. Maybe some green pepper and grass.  A little bit of leather.  Then the flavors turn papery, cheap tasting.  Improves a touch toward the end of the second third.  Some wood notes come through.” –Jason (bigslowrock)

“The flavors have mellowed out a bit to spices of a lower strength. Now I’m getting notes of nutmeg with some dark chocolate or maybe even mocha. Although very light, the flavors compliment each other nicely. VERY enjoyable. Sorry that it’s almost done. I’d hoped that it would have started off as good.” –Milton (mjohnsoniii) 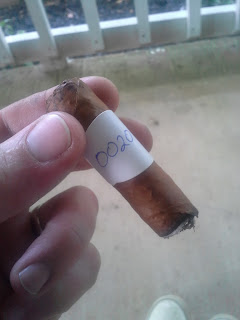 “I start picking up some floral/perfumey flavors in the final third. Some toasted oak now on the draw.  The finish gets a little longer and pretty bitter.  The cigar gets very hot and mushy with more than an inch to go.  I put it out.” –Brian (B-daddy)

“Draw – there was no draw! After cutting the cap, I tried to get a pre-light draw flavor, and there was nothing. Had to use a reaming tool to get some kind of a draw. Had to continue reaming it throughout the entire smoke to keep it open.  Was greatly disappointed with the draw aspect of the cigar.” –Robert (NavyPiper)
“Nice draw for a cigar that seemed so wet.”-Ian (Sp@rky426)

“The short filler just didn’t want to burn well!  Plenty of relights.  No ash retention” –Jason (bigslowrock)
“Despite the issues with the cigar, the burn was pretty good, staying fairly straight the entire time. The ash length would get to a little over 1/2 inch before dropping, but after the first third, it began flowering and wouldn’t stay together.” –Robert (NavyPiper)

“I wouldn’t be surprised if this were a Cuban cigar, but at times it seemed Non-Cuban. Initially, I wondered if I’d make it to the end with the draw that was very hard, the heat and flavor that was almost non-existent but after the first third it was very enjoyable. I could see myself purchasing a few or maybe even a box of these to enjoy in the future.” –Milton (mjohnsoniii)
“This stick, while looking and starting off like an ugly duckling, had a decent flavor after the furniture polish taste went away. Actually began to enjoy it after that. “-Robert (NavyPiper)
“I didn’t enjoy this cigar.  The plugged draw certainly didn’t help but the flavors were a bit harsh and unpleasant.”-Brian (B-daddy) 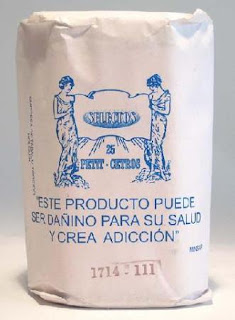 “Despite the fact that this one was plugged, I got hints of some nice flavors.  If this was a VERY cheap stick, I would take a flyer on it and hope that my cigar was just a bad apple.” –Jason (bigslowrock)
“Overall, this cigar could have been a lot better, but I have a feeling it’s a cheap stick to begin with. The flavors were actually good at times, but the other problems outweigh those benefits. With an improved draw I could see this being a good budget Cuban, although I’m guessing machine-made, which I would probably not seek out. I would smoke it again, but I don’t think I would go out of my way to find any more.” –Emmett (rhetorik)
“Nice mild/medium cigar, not pretty at all but I would smoke another given it’s a decent price.” –Ian (Sp@rky426)