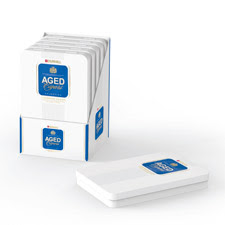 Dunhill has announced that, in response to consumers wanting a quick smoke, it will be debuting a new petit corona size for its Dunhill Aged Series cigar line at this summer’s International Premium Cigars & Pipe Retailers trade show.

The new cigar—the ninth in Dunhill’s Aged Series—is called Caletas and measures 4 inches by 42 ring gauge. According to Steven Kron, regional account manager for Dunhill Cigars and Pipe Tobacco, Caletas will carry a suggested retail price of $4.99 per cigar and come in metallic tins of four.

Kron confirmed that the blend for Caletas will be the same as the other Aged Series cigars, and that the cigar will also be rolled at General Cigar Dominicana in Santiago. Aged Series sports a Connecticut Shade wrapper from the U.S.A., Dominican Olor binder and Dominican filler.

Originally a Cuban brand, the Dunhill Aged Series was born in the Dominican Republic in 1989. Owned by BAT International Ltd. (British American Tobacco), the cigar was first made and distributed by Consolidated Cigar Corp., which today is part of Altadis U.S.A. Inc.

In 2011, production was pulled from Altadis’s Dominican Tabacalera de Garcia factory and turned over to General Cigar Co., also in the Dominican Republic.