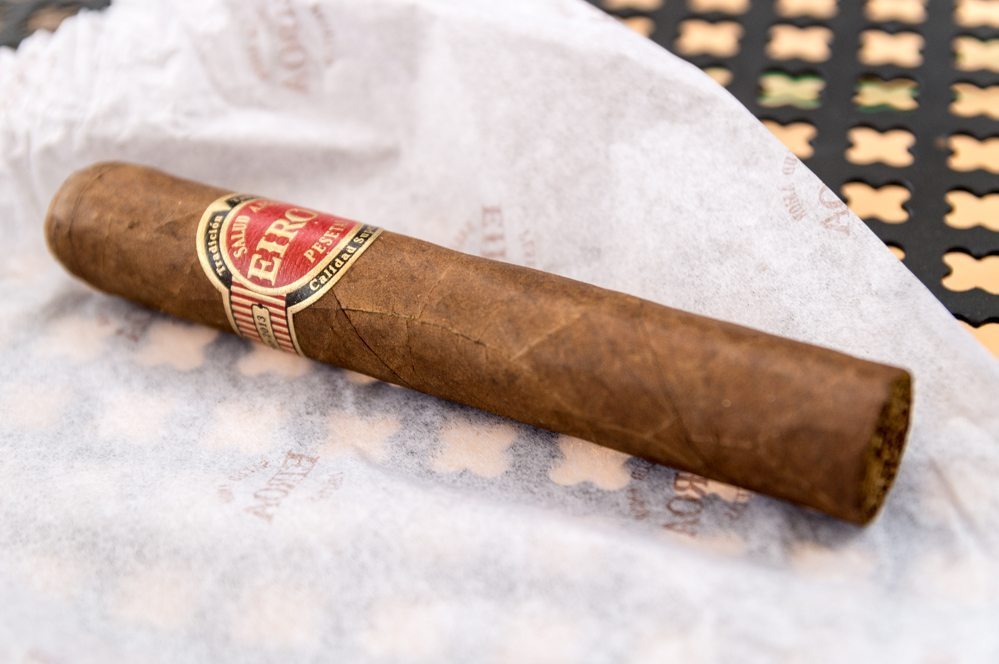 *Note: this is not a blind review, this is just to give a quick take on a cigar that is not yet available that we obtained at IPCPR 2013.

This sample was given to us at the CLE booth at the IPCPR 2013 show. I had heard a little about this cigar prior to the show, but I don’t know anything about the blend. I heard it described as a “flagship” cigar for CLE and would carry a higher pricetag than other lines.

This cigar has a beautiful even colored wrapper with a triple cap and a very solid feel. The aroma is very grassy with some hay and earth. The initial puff is very sweet with almost no spice.

After a few puffs, some pepper spice comes in, and along with it a very unique flavor that is nutty sweet and a little salty, like kettle corn. I would call this medium strength and medium-full body at this point.

The burn is very sharp and the flavors are turning to leather with the amazing kettle corn flavor still in the background. It gets even better towards the end of this third with some baking spices, very cubanesque.

The cigar finishes with notes of fresh bread, baking spices, leather, coffee and cream. Just fantastic. The draw was perfect, the burn never needed touching up, the flavors were very complex with lots of interesting changes.

I didn’t know much going into this cigar, and I still don’t, other than the fact that I love it. I could speculate on the wrapper given the reddish hue and flavors/spice that it’s a habano wrapper, but past that I’m in the dark. This takes the prize for best IPCPR sample that I’ve tried thus far, and that’s saying a lot because there have been some new smokes that I’ve really enjoyed. This cigar is absolutely CLE’s flagship cigar and no one should mind paying a premium for it. This thing has Cigar of the Year written all over it. I personally give it a 95. 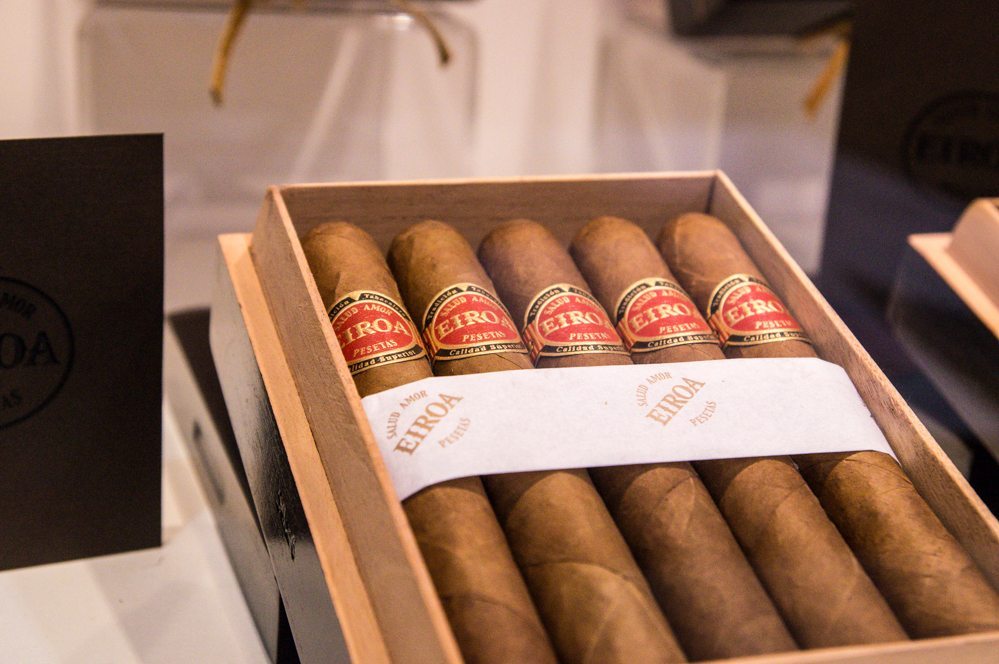