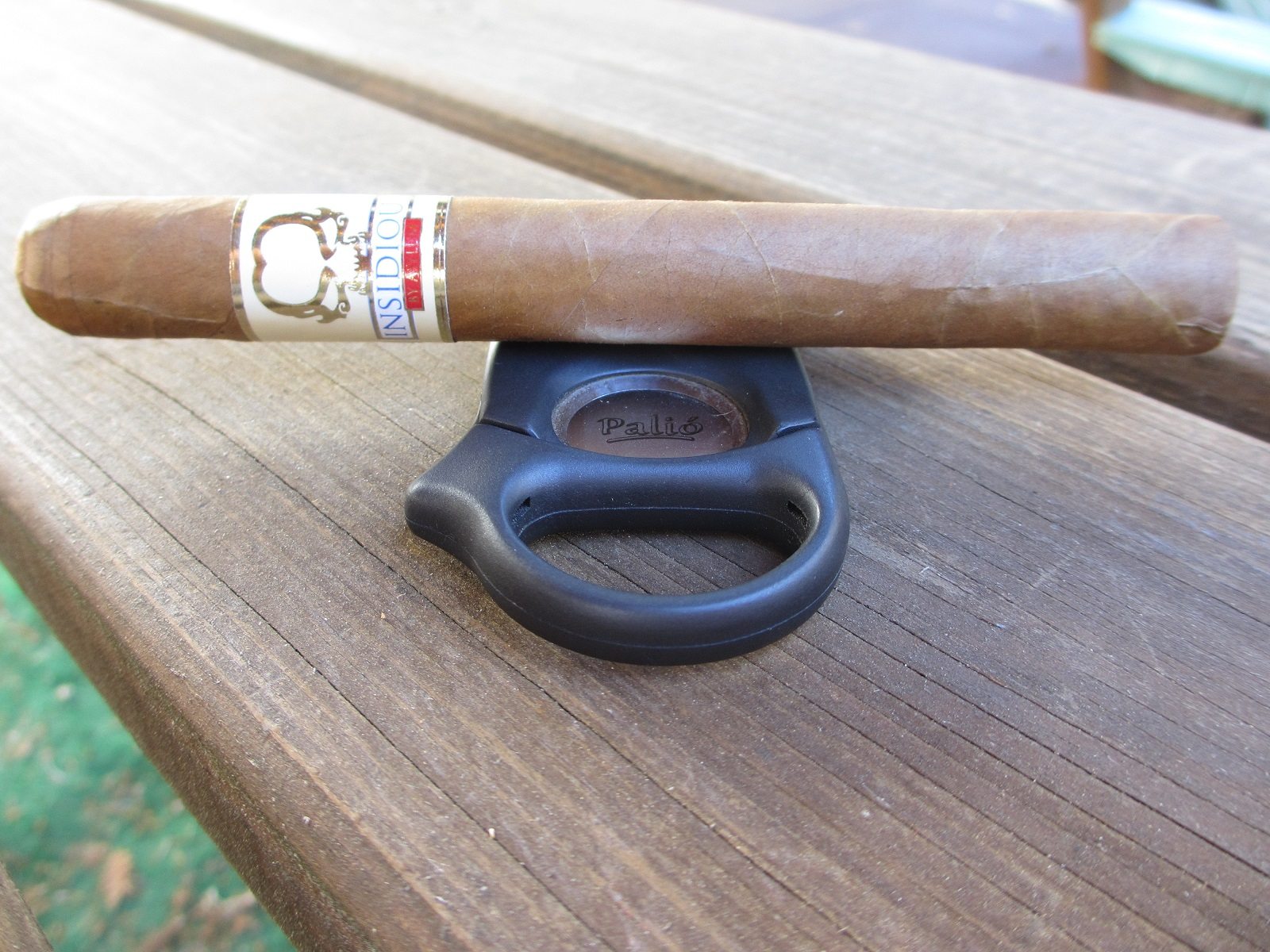 The Insidious by Asylum is a cigar that was released during the IPCPR 2014 trade show. The wrapper is Ecuadorian Connecticut and the binder and filler are Honduran. The cigar features a sweetened cap.

The wrapper is a very light brown with a fair number of visible veins. The seams are smooth a barely noticeable. I get a mixed aroma of grass and leather from the wrapper. From the foot I get sweet tobacco and hay.

The pre-light draw brings tobacco and hay. Touching my lips with my tongue, I taste a bit of the sweetness from the cap. It’s not an overpowering sweetness. After lighting, I am initially getting a fair amount of pepper which also come through on the retrohale. After half an inch, the pepper wanes in the mouth and there is a slight sweetness tastes as if it is the sweetness from the cap. The pepper is still in full force on the retrohale. Nearing the end of the third, the pepper has faded somewhat on the retrohale and the flavor in the mouth is a light woodiness. The ash held on for about an inch and a half before dropping. I would put the body at medium and the strength at medium-full.

In the second third, the woodiness continues with a small amount of pepper on the retrohale. I still get a light sweetness aftertaste in draws here and there, but nothing that says “sweet tipped cigar.” The same flavors persisted throughout the third with no transitions. The body and strength are now both at medium.

The draw was very good and allowed lots of smoke on each draw. The burn stayed very sharp throughout the entire length. The cigar has a little give throughout and some softness close to the head. The soft spot near the head didn’t cause any issues with performance.

Other than on the pre-light draw, I didn’t get too much of the sweetness from the head of the cigar, so I’m not too sure on what the desired effect is. The cigar smoked fine, but there wasn’t anything really exciting about the flavors. Lots of pepper up front, but other than that, there were some transitions around the woodiness. The cigar has a really low price point, so if the flavors fit in your wheelhouse, then this could easily be a daily smoke. For me, I don’t see revisiting this cigar unless it’s around the yard or at the grill.

The cigar lasted 1 hour and 50 minutes for me.

I would give the Asylum Insidious Corona a personal score of 84.