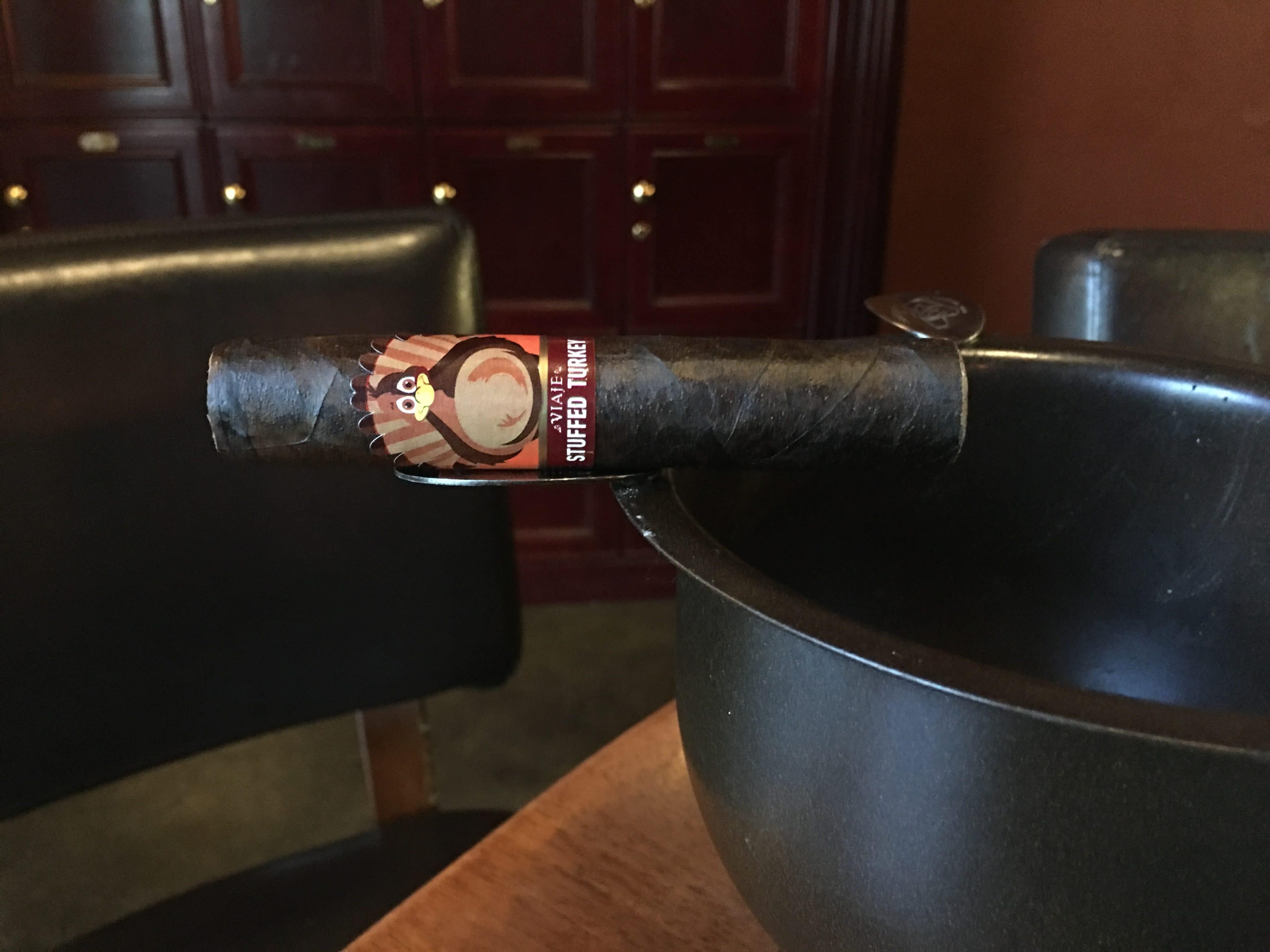 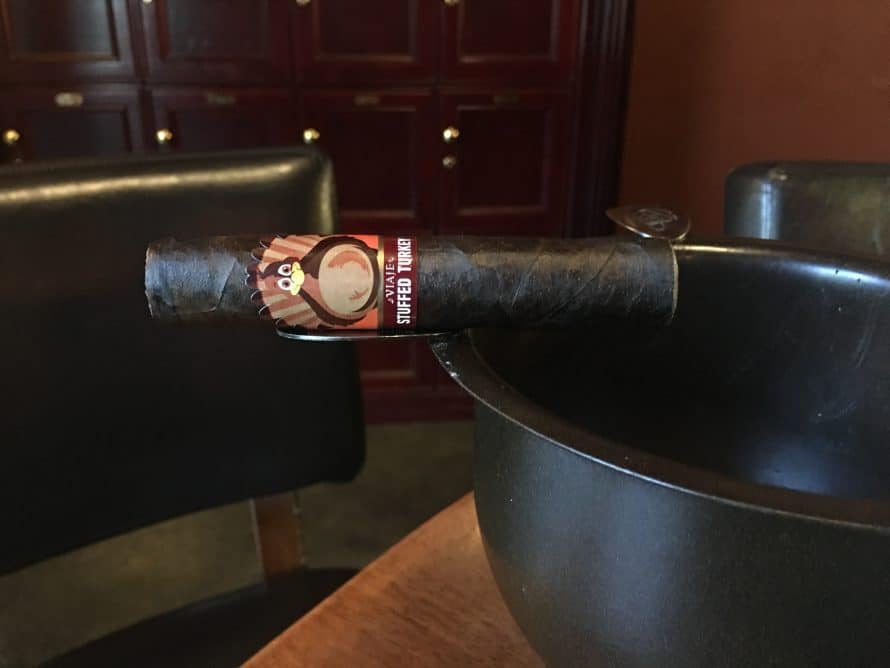 Viaje releases its annual Stuffed Turkey ciga reach year aroudn Thanksgiving time. It comes in two versions, White Meat and Dark Meat. The White Mean uses a Nicaraguan criollo 98 wrapper, and the Dark Meat usesa Mexican San Andrés maduro wrapper. The 2018 version brings back the size from 2015, which is a 5×58 double robusto format. Both use Nicaraguan-grown AGANORSA tobacco for the fillers and binders and are rolled at Raíces Cubanas factory in Honduras. Both come in boxes of 25 costing $10.40 per cigar or $260 per box. 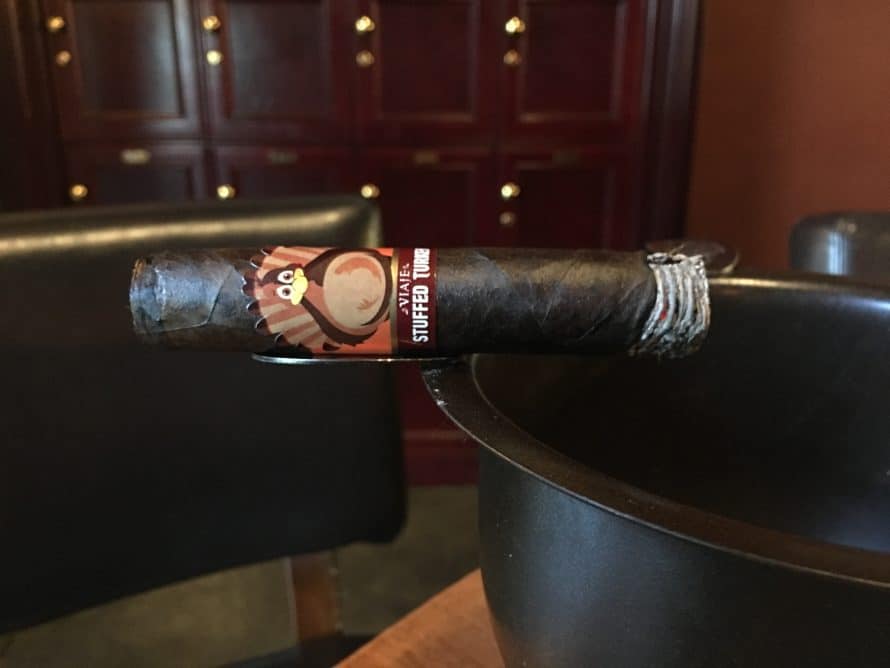 It’s hard not to be impressed by the quality of the wrapper; super dark chocolate brown, oily to the touch, almost seamless, and slightly toothy to the touch. There’s no soft spots or blemishes and there’s a nice solid weight to the cigar. The foot has a super rich barnyard scent with a baking spice and pepper finish. There’s a lot of baking spice on the pre-draw with mild pepper finish.

The first few puffs are super rich notes of leather and white pepper. There’s a buttery mouth feel and slight nuttiness about a quarter inch in that kinda reminds me of cashews and notes of hot coco start to develop. The retro-hale is a more aggressive cayenne pepper with a leather finish. Similar to the draw, but adds a nice touch of heat to set itself apart from the draw.

The chocolate note is slightly sweeter this third compared to the first. Most of the notes from the first third are still there but in a different levels creating a slightly different profile. The chocolate is the dominate flavor this third with a buttery nuttiness that reminds me of chocolate peanut butter. The white pepper keeps the palate engaged and it ends with a rich dry leather.

The end is mostly coffee and chocolate creating a mocha like effect. It’s the first real profile change and is a really nice end to a great cigar. The buttery nuttiness is still present but a rich note of tobacco is the lingering note instead of rich leather. The strength as picked up considerably this final third pushing it from a mostly medium to medium-full from the first two thirds.

Overall, it does what you expect from a great cigar. Profile changes, solid flavors throughout, great smoke output, solid draw, and rich creamy smoke. The burn was spot on throughout requiring no touch ups or relights. The construction was top notch from the appearance of the wrapper, solid feel, tight strong ash, and perfect draw. It’s a surprisingly long smoke for its size too, taking me a little over two hours. Certainly worth picking up a few if you can find them.