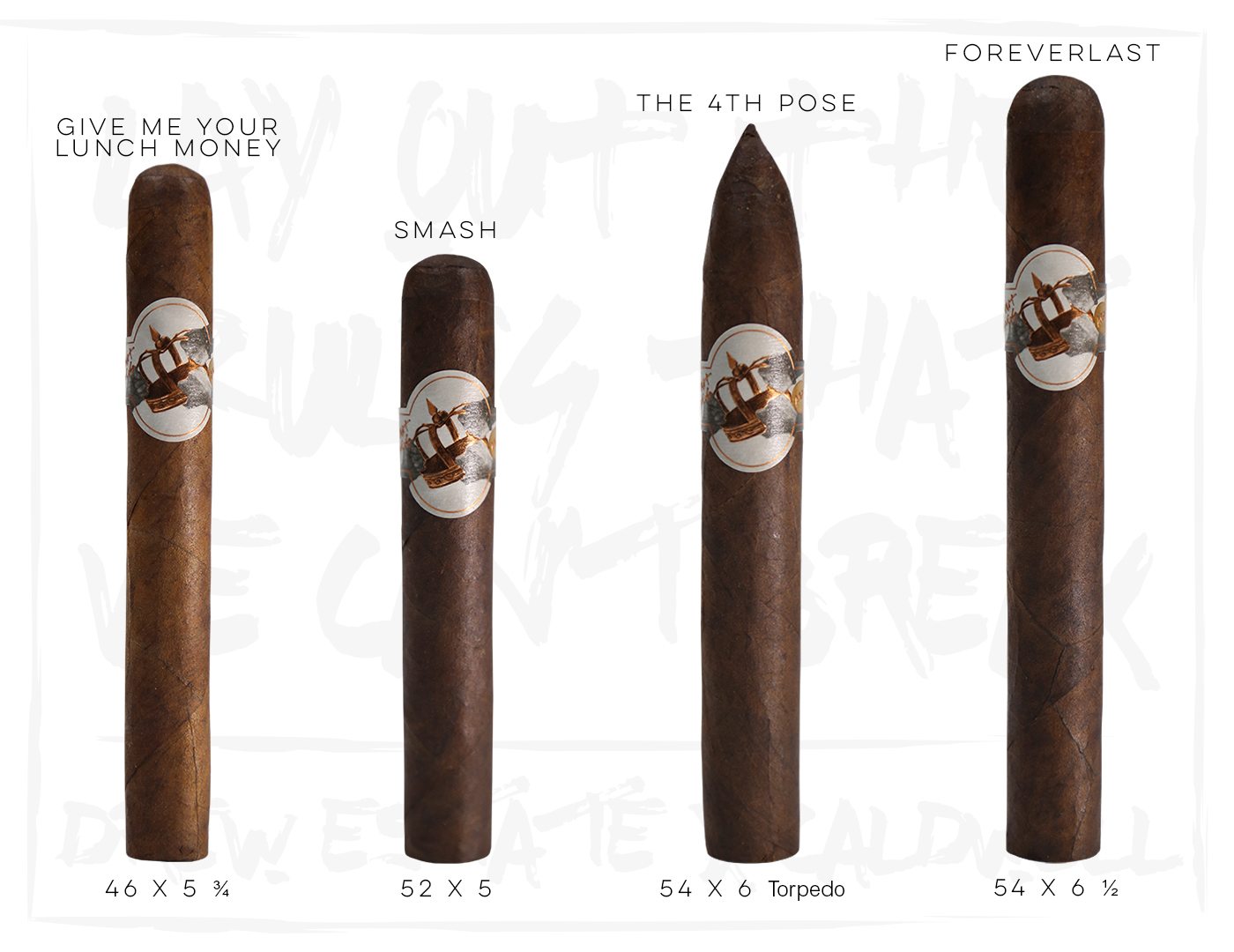 Saturday, July 23, 2016 — Miami, FL – Caldwell Cigar Co. and Drew Estate announced today the release of the collaborative All Out Kings brand. The new cigar will be displayed in Caldwell Cigar Co.’s booth at the IPCPR Convention and Tradeshow held July 24 – 28, 2016 in Las Vegas, Nevada.

The collaborative project was announced earlier this year at Cigar Federation’s Cigar Safari where Robert Caldwell, Founder of Caldwell Cigar Co., Jonathan Drew, Founder of Drew Estate, and Willy Herrera, Master Blender of Drew Estate, led the tours blending session where attendees collaborated together with Caldwell, Drew and Herrera to create blends and lay out the rules they couldn’t break.

Jonathan Drew from his Wynwood, Miami Safe House stated, “Collaboration with Caldwell and Willy was super fresh. It was great to watch the magic come together from each of the crews . There is a lot of creativity birthed into ALL OUT KINGS, which will resonate from the cigar taste profile to the imagery that smashes the expected. This is an extended family collaborative that knows how to get down.”

All out Kings will be distributed in the United States by Caldwell Cigar Co. When asked about the project, Robert Caldwell, from Lago di Lugano, Switzerland stated, “Caldwell Cigar company has been an adventure for me from the day we began. We set out day one to do things differently. We had a lot of challenges and success in launching our brands in 2014. One of the ambitions of the company was to collaborate with other brands. Our biggest success is about to debut. People have been asking me for years when I was planning to release a Nicaraguan cigar. When John started kicking around ideas with me, I knew it was our time to let the ball roll in Nicaragua. It is a great compliment to our company to be able to work together with Drew and Willie and the Swag Cave Crew on this special project.”

All out Kings debuts with Tobaccos from La Gran Fabrica Drew Estate in Esteli, Nicaragua including Connecticut Stalk Cut and Sun Cured Habano Wrapper, with Indonesia Sumatra Binder, and filler comprised of Jalapa Viso, Esteli Viso, Dominican C-98 Seco, and Connecticut Broadleaf Ligero. When asked about the blend, Willy Herrera, from Miami, Florida noted “Working with Caldwell was challenging because he is very specific on what he likes and does not like with a maduro blend. Creating a cigar that he could enjoy while still staying true and giving it my signature spice was a delicate balance that I looked for in our numerous blending sessions at Joya and Drew.”

Fans of Caldwell Cigar Co. and Drew Estate are encouraged to download Drew Diplomat, the official mobile application for the All Out Kings Project which is now available in the App Store for iPhone®, and iPod Touch® and on Google Play™ for Android™. For more information head to http://drewdiplomat.com

To learn more about the Collaboration, visit http://drewxcaldwell.com

Rare Tobaccos, Attention to Quality, Social Conscientious, Flavor First. Caldwell Cigars is a company built by friends for friends. We have labored to bring you the finest quality product with great attention paid to every detail. We are setting out to deliver to our customers special cigars using only the finest, most exotic All-Grade-A tobaccos we can find. We are in this for our love of the leaf and our drive to share with you the fruits of our labor. Our business model is simple: Good Cigars, Great Friends and A Strong Conscience. Thank you for your support.