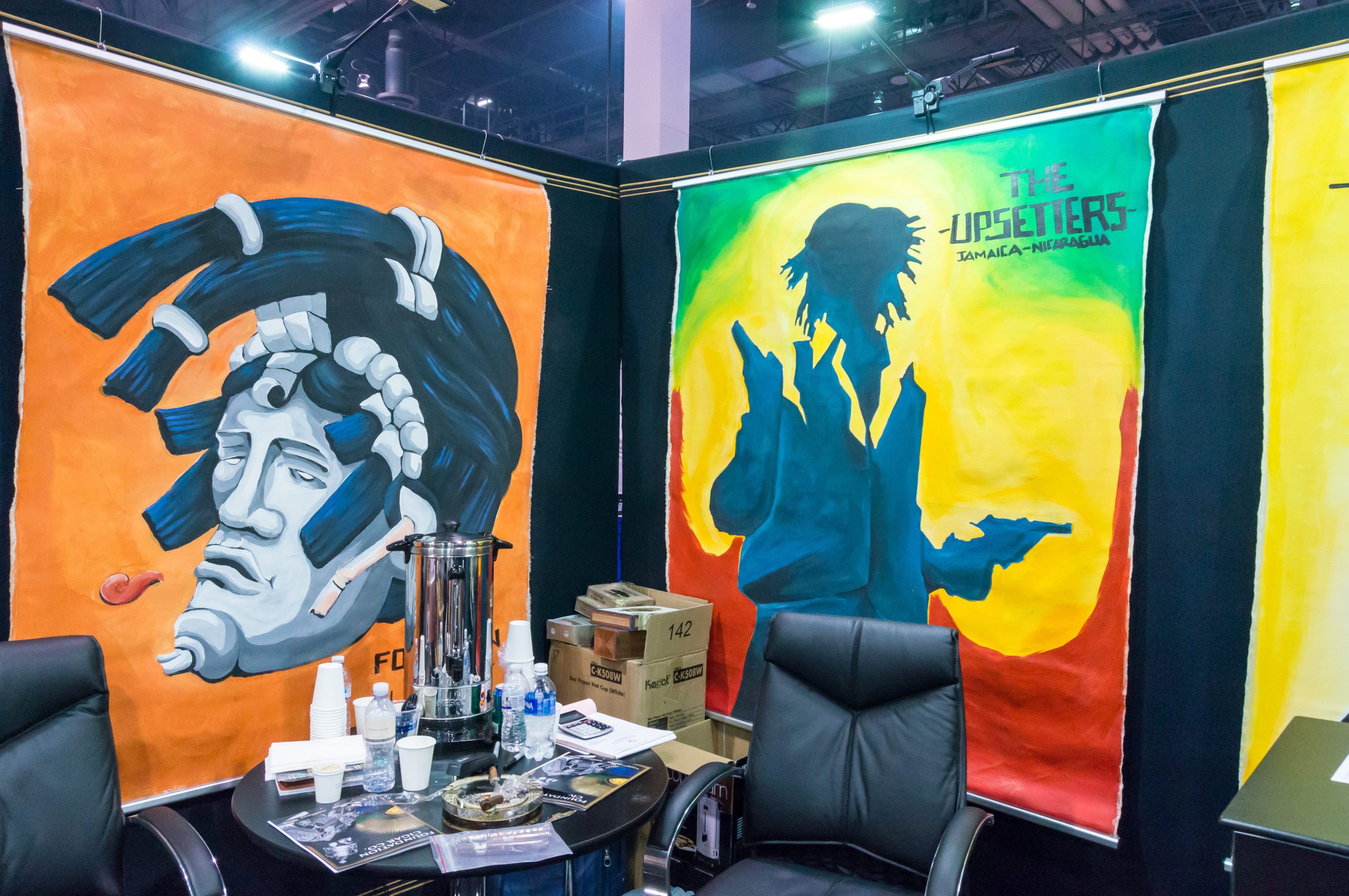 Nick Mellio and Foundation Cigar Co. were showing off three new releases that this year’s IPCPR Trade Show: The Tabernacle, Charter Oak, and The Upsetters. You can read the original press releases by clicking on the respective names.

The Tabernacle is a combination of tastes that calls on founder Nicholas Melillo’s roots in the Connecticut River Valley and also his work with the finest artisanal tobacco batches in Nicaragua .Also wanting to continue showcasing the flavors of northern Nicaragua, Melillo blended The Tabernacle at AJ Fernandez’s factory in Estelí.

Charter Oak Cigars hail from the same fertile valley in Connecticut that Master Tobacco Blender Nick Melillo was born and raised. Charter Oak Cigars feature some of the most prized and sought after Cuban seed leaf varieties from the exquisite Esteli and Jalapa regions of Nicaragua. The cigars are then wrapped in either a Connecticut Shade wrapper or a Connecticut Broadleaf wrapper, and will have a price range between $4-$6

The Upsetters is a blend of Jamaican and Nicaraguan fillers which is a travel story itself, documenting Melillo’s endless trips to tobacco fields and curing barns. While Foundation’s first brand, El Güegüense was a Nicaraguan puro that paid homage to the culture of Nicaragua, this new brand showcases Jamaican tobacco in the blend, is infused with Caribbean herbs, and has three different wrapper options. While the blend has been released to select retailers, the company is doing a full launch at the 2016 IPCPR Trade Show.

Check out our interview with Nick where he talks about the fascinating backstories and inspiration behind all his new brands. And beards.