Alec Bradley is not the name of one person it is actually the combination of Alan Rubin’s, owner and creator of Alec Bradley, son’s first names Alec and Bradley. They were small children when Alan Rubin started the company, but now work side-by-side with their father. In 2018, the two sons started their own cigar brand, Alec & Bradley, and yes that is confusing. This was the first cigar they blended on their own and their first new line, released back in 2018.

Like many Alec Bradley cigars, Blind Faith is made in Honduras at the Raices Cubanas factory. The blend uses a Honduran wrapper from the Trojes region; two binders one Nicaraguan from Jalapa and the other Honduran from Trojes, and Nicaraguan fillers from Estelí Criollo ’98 and Corojo ’99. They blended this cigar to be medium-full in strength. It comes in boxes of 20 and three sizes: Robusto 5 x 52 $8.95, Toro 6 x 52 $10, and Gordo 6 x 60 $10.95. The cigar debuted at IPCPR 2018. 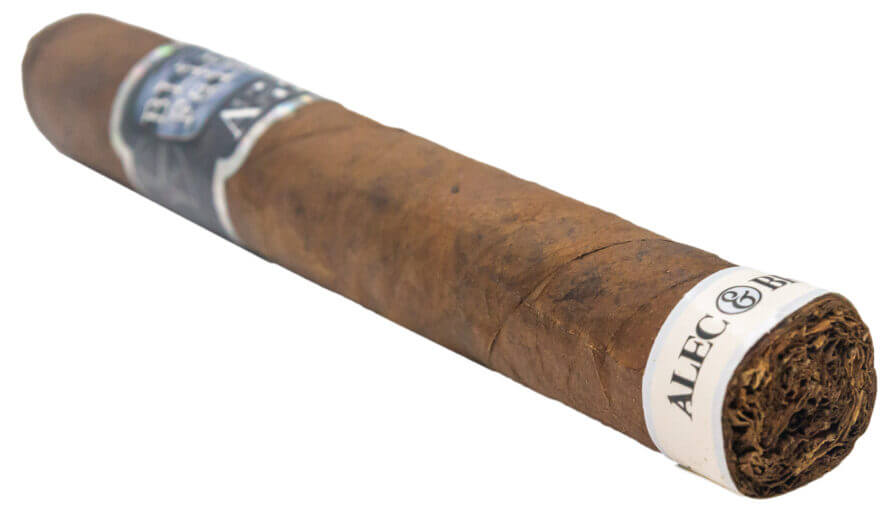 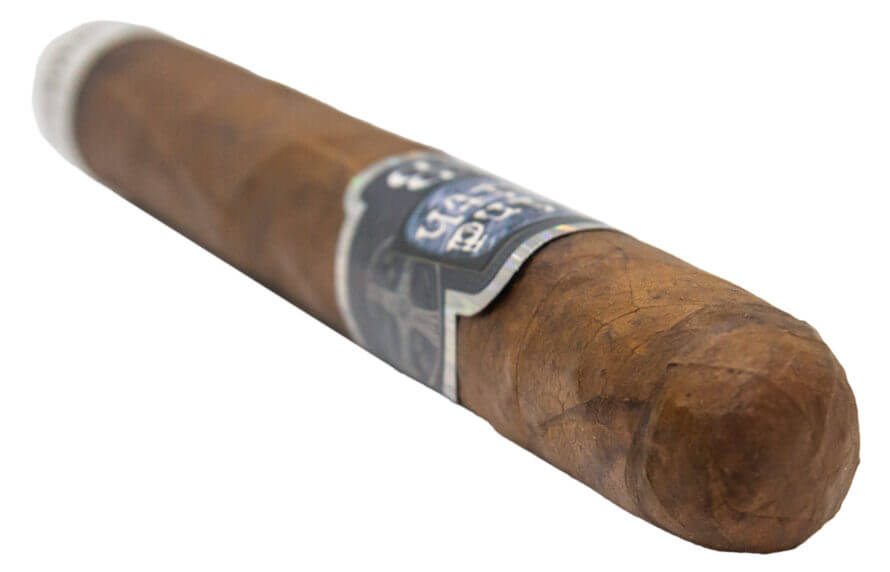 “It’s a very large cigar. The dark brick red wrapper is smooth to the touch with just a few medium sized veins adding a bit of texture. The seams are slightly raised in a few spots and there is a formidable sized triple cap at the head.” –Alan (Eulogy)

“While there is no distinctive aroma off the wrapper itself, sniffing the foot directly reveals a slight sense of tea leaves and sweetness.” –Matt Cade (CADE)

“The cold draw is comprised of primarily of English Breakfast tea and just a touch of sweetness. Upon lighting the cigar on fire, the immediate impression is overwhelming strong. There’s bold black pepper via the retrohale and it’s followed by an equally strong oak flavor on the draw. At about the one inch mark, the overall strength thankfully drops a peg – while the pepper is still dominant through the nose, the flavors on the draw simmer down a bit. The oak is soon joined by some mineral and a light, damn near creamy coffee note. Construction is spot in with a smooth draw and copious smoke production.” –Matt Cade (CADE)

“After toasting the foot, which unfortunately cracked due to the high Midwest humidity, those same flavors I got from the cold draw were present in the first third. Such a lovely mix of coffee, brown sugar and a slight oatmeal. Retro was smooth and full of flavors, including a rich creamy tobacco and some nuttiness. Burn was an issue the first third, and it took several touch ups. Ash was very flaky and a lot of it ended up in my lap. But so far the flavors are taking precedent over this.” –Kevin J. (maninblack77)

“It feels like there may be a sneaky level of nicotine as I’m starting to get a slight sensation of heart burn. The flavors are good but mostly unchanged from the previous third. Dark chocolate, grain, baking spice, leather, and an oily mouthfeel make up the bulk of the profile. The burn is fairly wavy but I’m letting it go and it seems to be mostly self correcting.” –Alan (Eulogy)

“In the second third, that creamy coffee note is standing shoulder-to-shoulder with the oak. The mineral flavor is also hanging on tight as well, although the black pepper via the retrohale has dialed down in strength slightly. Construction remains impressive with a fantastic draw and this baby is just pouring out tons of beautiful smoke.” –Matt Cade (CADE)

“Bakers spice pushes through in the final parts of the cigar and makes for a enjoyable finish. A couple more touch ups were required to keep the cigar going. Draw has remained good throughout, and the retrohale is silky smooth.” –Kevin A. (Kevin A.)

“Heading into the final stages, some other flavors make their presence known. Dry cocoa and a dark espresso get thrown into the mix of nuts and brown sugar/oatmeal. I really hated to see this cigar end. Definitely nub worthy. Ended just as great, if not greater, as it began. ” –Kevin J. (maninblack77)

“The cigar featured a smooth draw from start to finish.” –Matt Cade (CADE)

“I found it very wavy the entire time. I just wanted to see if it would self correct but the final third had almost an inch that was unlit so it forced my hand. ” –Alan (Eulogy)

“Overall construction on this cigar was really good, highlighter by a smooth draw and beautiful smoke production.” –Matt Cade (CADE)

“It is not for me. The draw was far too tight, the smoke output was lackluster, and the flavors were unchanged from the beginning till they petered out at the end in muted profile. For the size it just wasn’t a good experience.” –Alan (Eulogy)

“A nice relaxing stick from beginning to end. Great notes of oak, dark chocolate, licorice, and cherry makes this a cigar I’d want in my humidor.” –Sean F. (fullermaine)

“This was an enjoyable cigar with distinct, easily discernible flavors which fluctuated in their prominence throughout the smoking experience. It was aided by solid construction and a lack of overall boringness. While not presenting itself as anything groundbreaking, I would certainly smoke this cigar again.” –Matt Cade (CADE)

“This one just didn’t work for me. The bitter sourness was just a little too much until the final third, then the two needed touch-ups in the final part of the cigar were the final factors for me.” –Kevin A. (Kevin A.)

“So many flavors and flavor transitions in this cigar that really made for an extraordinary smoking experience. Brown sugar, coffee, espresso, nuts, and an oakiness all melded together into an epic cigar. I’d give this a ‘Extraordinary.’ Highly recommended and I would definitely track down a box. ” –Kevin J. (maninblack77)

Blind Cigar Review: Alec & Bradley | Blind Faith Toro
Summary
"This was an enjoyable cigar with distinct, easily discernible flavors which fluctuated in their prominence throughout the smoking experience. It was aided by solid construction and a lack of overall boringness. While not presenting itself as anything groundbreaking, I would certainly smoke this cigar again." -Matt Cade (CADE)
Appearance
93
Aroma
93
First Third
89
Second Third
94
Final Third
90
Draw
96
Burn
88
Construction
93
Overall Experience
89
91
Very Good