In 2013, Asylum Cigars released the first Asylum 13 Ogre. This cigar featured a barber-pole with candela wrapper, but it would be in a 7 x 70 format. The Ogre became one of the most successful cigars made by Asylum.

Since then the Ogre has grown into a full-line of cigars. Just prior to the 2015 IPCPR Trade Show, it was announced that a lancero would be the seventh vitola in the Ogre line because Christian Eiroa had talked Tom Lazuka into making it.

This became the second released under the Asylum brand. Last year, the company released the Asylum 13 99 Problems in its Nicaraguan (Habano) puro blend. In addition to featuring a Nicaraguan candela and Nicaraguan Habano barber-pole, the remainder of the blend consists of Nicaraguan tobaccos for the binder and filler. The lancero is a classic 7 x 38 size.

“This is one very cool looking cigar. It is a barber pole candela in a lancero shape. The cigar has smooth wrap lines, and a well applied pig tail cap. I have really enjoyed most of the barber poles I have smoked in the past and have high hopes for this one.” -Jeff (ExpendableYouth)

“The aroma is of hay and grass, and is rather subdued.” -Jeff (ExpendableYouth)

“My initial impressions were of a peppery mint flavor which can also be found on the retro-hale. As I continue to smoke I find that there is a subtle grass and hay note to it as well. It has a considerable amount of pepper to it as well which was a bit of a surprise. The draw and burn have been flawless so far and this is a pretty interesting smoke so far.” -Jeff (ExpendableYouth)

“The beginning started well with notes of white pepper and a toasted walnut finish. The burn was very sharp and needed no touchups. There was an ample amount of smoke coming off of the cigar that had a pleasant aroma. The retrohale was not overly powerful, but did not seem to provide any extra flavors.” -Steve (ThaGreatWazoo)

“The pepper has really subsided as I move into the second-third of the cigar. It has also pick up a bit of a medicinal taste as well. It is still a pretty good overall cigar, and continues to have the grassy hay taste to it as well, but is lacking a bit of the complexity I was hoping for from a barber pole.” -Jeff (ExpendableYouth)

“The core flavors from the first third are mostly the same here. Except that the pepper is a little stronger and now gives a slight tingling on the tongue. The grassiness and tobacco flavor as still unchanged.” -Alan (Eulogy)

“The cocoa overtakes the hazelnut notes during the last third, while strength increases to almost full levels.” -Stefan (Stefan)

“Flavors of almonds came through which was welcome after a rough second third. Again, I had to relight one time.” -Kent (Throck)

“The draw was good, but seemed to tighten down from time to time. The lancero vitola possibly caused this, but there was nothing overly bad about the draw and it still provided a pleasant amount of smoke.” -Steve (ThaGreatWazoo)

“I had no issues with construction. This stick maintained its form throughout the smoke.” -Kent (Throck)

“This was a nice overall smoke, but it lacked complexity. The pepper notes in the beginning gave a nice juxtaposition to the hay and grass notes that continued through out the entire experience. I liked the novelty of the barber pole, but there are definitely better examples of this style of cigar out there. I had never had a candela before, but this one didn’t really wow me. I would smoke one if it was offered to me but I wouldn’t go searching out another one.” –Jeff (ExpendableYouth)

“One of the best lancers I’ve smoked, with great construction and changing flavors throughout the different thirds.” –Stefan (Stefan)

“I really did not enjoy this cigar. Once one was over the initial impression, the actual smoke was quite poor. The flavors were one dimensional and the cigar had trouble staying lit throughout the smoke.” –Kent (Throck)

“Overall, this cigar was a pleasant smoking experience. The flavors were slightly muted and turned a little too quick. I think with some rest these should develop into a great smoke. The appearance made this cigar really pop. Give these a shot and you should not be disappointed.” –Steve (ThaGreatWazoo)

“I enjoyed the unique look of the cigar, but it was sort of a roller coaster in terms of flavor. The beginning was good, middle was better, but it ended on a really poor note. I probably wouldn’t smoke another, other than for the uniqueness factor.” –Alan (Eulogy) 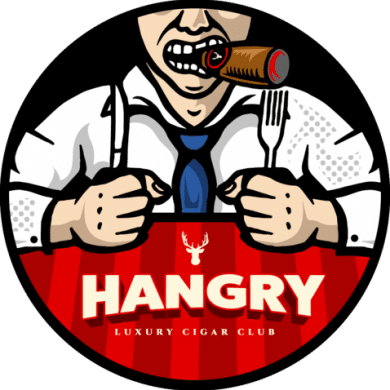