Balmoral released their first cigar in 2014, it was called the Añejo 18. The Arapiraca wrapper was aged 18 years and was very limited. Following its success they released the Balmoral Añejo XO, available in regular production. We will be reviewing the Balmoral | Anejo XO Rothschild Masivo. 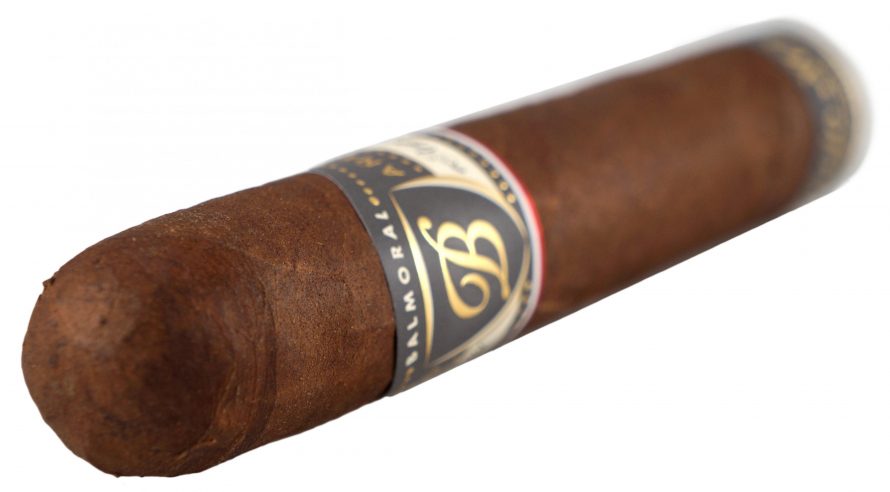 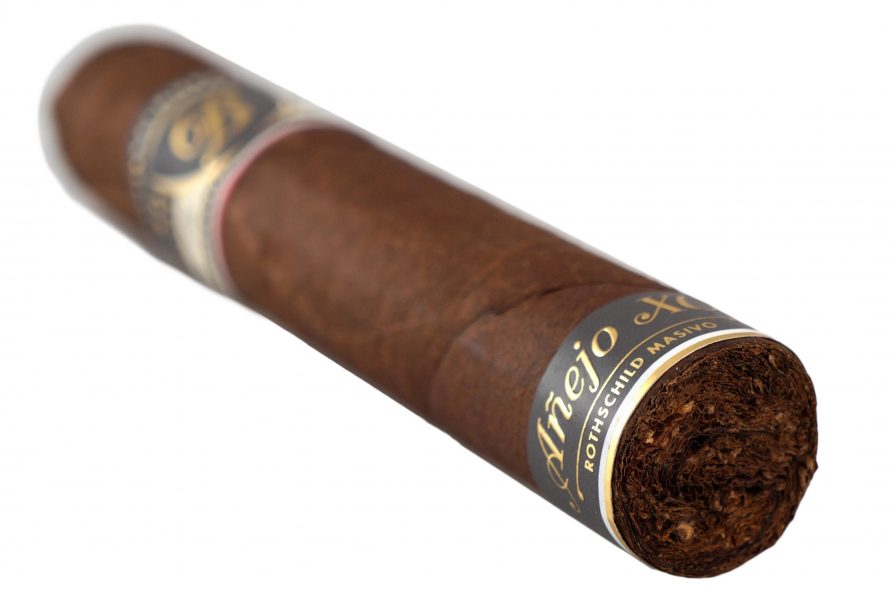 “The cigar has a medium brown, rustic and toothy wrapper. The wrapper feels sandy and rough as well. Veins are not well pressed and seams are relatively seamless. Cigar feels well rolled with no soft spots and a well adhered double cap.” –Jiunn (jliu)

“The wrapper smells of aged leather, the foot is similar. The pre-light draw has a fresh bread and spice aroma along with the leather.” –Emmett (BMP_Emmett)

“After the initial blast of pepper, this cigar mellowed out with a nice woody/earthy flavor. The burn was uneven and there was lots of smoke.” –Craig (WyldKnyght)

“Not much change in flavors until the midway point. Some leather develops quickly and really balances out the cedar. Although the coffee disappears, some chocolate remains in the background.” –Gregg (McGreggor57)

“This third is still mostly a mixture of spices, but they are more balanced than the previous one. I’m getting lots of pepper, green and black, along with some nutmeg and salt.” –Emmett (BMP_Emmett)

“Allspice joins the fray and pairs well with the cedar to create a sweeter profile. Chocolate remains on the finish and takes the edge off the cedar. Although the leather is fading, there is still enough to balance the other flavors.” –Gregg (McGreggor57)

“The spices are still the story of this cigar, they really haven’t changed much and stay similar until the end of the cigar. I really wish this had developed a bit more in flavors and complexity.” –Emmett (BMP_Emmett)

“A consistent draw was appreciated for this larger ring gauge.” –Gregg (McGreggor57)

“The burn was uneven to start and required a touch up half way through.” –Craig (WyldKnyght)

“Construction could definitely have been better as the burn and draw suffered. Otherwise, the cigar held its shape.” –Emmett (BMP_Emmett)

“This was a run of the mill average cigar. The namely earthy and mineral notes were nice but nothing special about it. This feels like one of those cigars that can be readily found. The last thirds mainly charred and burnt notes was not desirable. All in all, will pass on smoking more of these.” –Jiunn (jliu)

“Cedar dominated my sample, but the chocolate held it’s own to create a smooth finish. The leather that developed halfway through did a nice job of of balancing the flavors. While the additional coffee and allspice created some other dimensions that made this a solid cigar.” –Gregg (McGreggor57)

“At the start of this cigar it definitely had potential, but by the second third it had disappeared. There were just too many issues with this cigar to recommend to anyone. The flavor got worse as it went along and the burn issue was awful.” –Craig (WyldKnyght)

“This cigar started out well with some nice spice flavors. The spices ended up being the entire story, and while they did balance and change a bit, it wasn’t enough to keep my interest. Based on this sample I can’t recommend it, but I would try it again if others had a different experience.” –Emmett (BMP_Emmett)