The Crowned Heads | Four Kicks Mule Kick is a limited release cigar for 2017 that originally came out in 2012. The Mule Kick is a special version of the Four Kicks blend using a darker Ecuadorian habano wrapper, a Nicaraguan binder and Nicaraguan fillers. It comes in released in a 5 7/8 x 52 toro vitola again. The cigar is the same as the original in terms of the wrapper selection and the tweak to the filler blend.

The pricing is slightly more expensive this year at $9.90 per cigar compared to $8.95 for the original. There are also more being made with production at 2,000 boxes of 10 cigars. This is made at E.P. Carrillo’s Tabacalera La Alianza S.A. in the Dominican Republic just as the regular Four Kicks line.

“A dark toro with a somewhat poorly applied cap. The seams are tight, and lines are reasonably straight. Good looking, but not great. Upon close inspection it looks like this stick might have been a little sloppily rolled.” –Dave W. (mdwest)

“Earthy and slightly musty, this cigar has an aroma that is bold and in your face.” –Dave W. (mdwest)

“Has some nice creamed coffee minimal spice just a little bit of warmth. The cigar its self warms up really fast. A huge split in the ash an obvious bunch problem burn is a problem as well i will correct it see if it helps” –Ryan H. (Ryan H.)

“The first few puffs start out with a blast of white pepper. Getting some coffee notes coming in as well. Some nice tea notes on the retro with no pepper to speak of.” –Zane G. (Zane)

“Baking spices make their way to the forefront of the flavor profile in the second third and the bitter chocolate begins playing a background role. The smoke is smooth as silk with absolutely no edge to it at all.” –Dave W. (mdwest)

“In the second third the coffee notes kick over to a strong espresso. Also getting some earthiness. Still getting those tea notes on the retro with no pepper. Very smooth.” –Zane G. (Zane)

“Unfortunately the profile didn’t change at all the whole time, very disappointing in the flavor/complexity department.” –John A. (John A.)

“The final third continues the theme with espresso. Starting to get some charred oak with a touch of anise or licorice. Some harshness comes but it quickly fades. Throughout the final third I get this harsh acidic note that comes in strong and then fades.” –Zane G. (Zane) 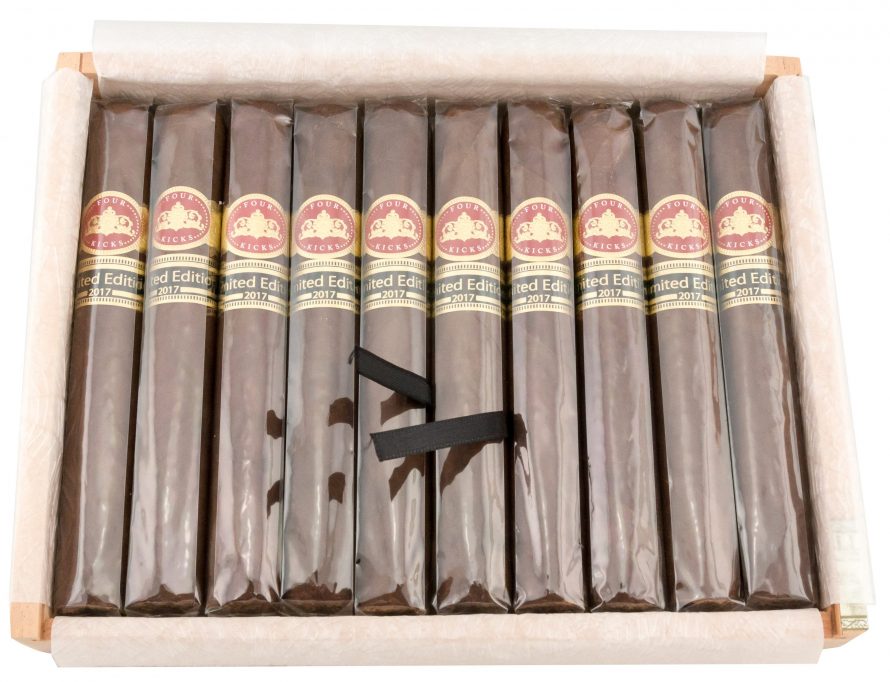 “Just the right amount of resistance” –John A. (John A.)

“The burn on this stick was a bit wonky from beginning to end and was never really straight, but it self corrected continually and never required a touch up either. The ash easily held on for 1 1/2″ before I would tap it off. No complaints here.” –Dave W. (mdwest)

“While aesthetically not pleasing, the cigar presented no performance problems at all and was obviously well constructed.” –Dave W. (mdwest)

“This is one of the least pleasant experiences I have had in some time” –Ryan H. (Ryan H.)

“Sadly, this cigar had one flavor profile the whole time… salt being the overwhelmingly flavor. I couldn’t recommend this cigar to anyone nor would I want to smoke one again.” –John A. (John A.)

“Overall a very enjoyable stick. The flavor profile was very nice, and the smoke was as smooth as silk. I’ll be on the look out for these after the reveal.” –Dave W. (mdwest)

“Overall this was a good cigar. If you are a fan of lots of coffee/espresso notes this cigar is for you. I would have it enjoyed it more if I didn’t keep getting that harshness in the final third.” –Zane G. (Zane)