The name for Curivari Archimedes comes from GreeCe and is an homage to the heritage of Curivari owner Andreas Throuvalas’s. It is described as a medium bodied stick. Every Curivari made with a traditional Cuban cigar making process and authentic Cuban Criollo and Corojo seed grown in Nicaragua. 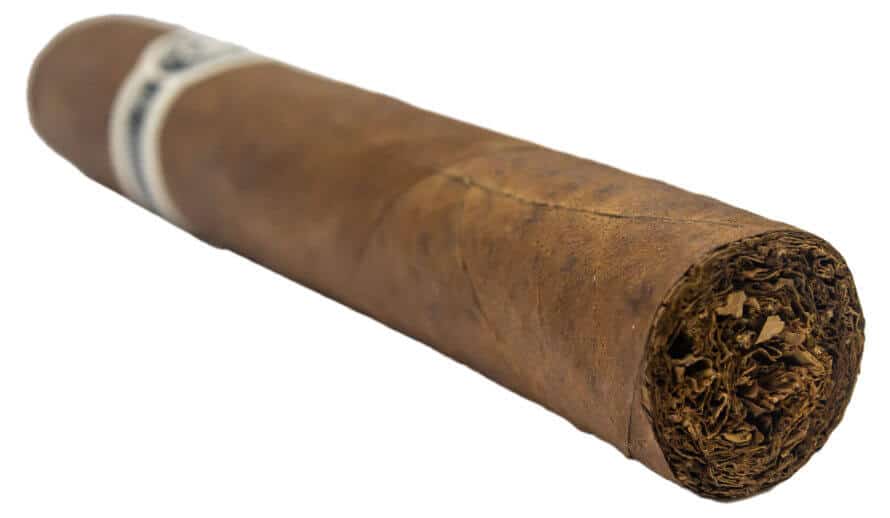 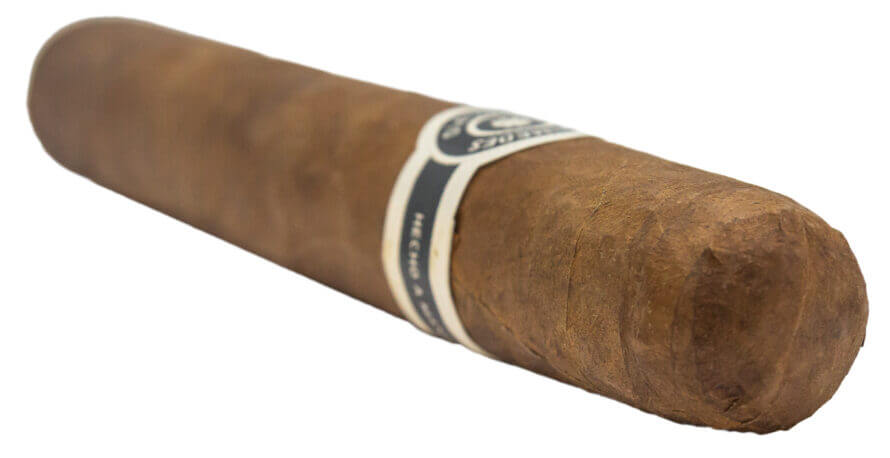 “This milk chocolate wrapper has a bunch of damage to it but is rolled nicely. Tight seams and a beautiful triple cap. There is a fine tooth throughout the cigar that look like the tiny spines of a cactus.” –Estevan Z. (TheRealBanzi)

“This reminds me of summer wildflowers, English breakfast tea and aged hay that is in the field.” –Allison T. (The Yoga Ash)

“This cigar immediately displays a primary note of raisins that dominates all other flavors and and literally costs my palate with oil. The secondary flavors are sweet caramel and white pepper… wonderful!” –Jason H. (Jokey Smurf)

“I’m getting some Raisin Bran, Hay/Straw throughout. A punchy white pepper coats the back of my throat and tongue. Smooth and consistent so far, plus it’s a smokey stick and I’m loving that.” –Jonathan R. (J.Lee)

“The cigar continues to deliver that black tea note but there is a nice addition of pure cane sugar that ebbs and flows throughout the third. The spice at the end of the last third comes into it’s own now as a defined cinnamon. This continues till the end of the third as it builds on the tip of the tongue. In this third we smoke into that wrapper damage and the cigar performances perfectly, which is a relief. The finish stays nice and long making for a very enjoyable smoking experience. ” –Estevan Z. (TheRealBanzi)

“Bread note becoming a very big player in the profile followed by the fig then the very long finish of aged tobacco. Spice has dissipated to black pepper. Have I told yall how delicious this cigar is.” –Ryan H. (Ryan H.)

“The final portion of this sample has the sweet caramel and cream fading and the whiter pepper morphing into sharper black pepper and wood. Through the nose the smoke has become sharper and is starting to heat up a bit. ” –Jason H. (Jokey Smurf)

“Spice is kicking back up in the final third aged tobacco takes the first once slot leaving fig and bread in the dust. A new note is detected of metallic/lemon zest in character. Very nice cigar.” –Ryan H. (Ryan H.)

“Even though there is a fluting happen with each draw, from the damage near the cap, it performs very well. Just the right amount of resistance is found when you take a draw and this continues till the very end.” –Estevan Z. (TheRealBanzi)

“I particularly enjoy a cigar that doesn’t require any special attention and this one was exactly that… not once did I have to relight or touch up.” –Jason H. (Jokey Smurf)

“Good construction on the body and wrapper. The only issue was the cap being flaky, thankfully it caused no issues for the smoke. ” –Jonathan R. (J.Lee)

“This was a great cigar to smoke. The profile of it was in line with what I like smoking these days. A soft and delicate smoke at time that morphs into something with a deep and rich character. I would recommend this cigar to anyone who like a lighter smoke that builds into some character. A nice find and I would surely smoke another. ” –Estevan Z. (TheRealBanzi)

“This cigar eased me into its fuller bodied finish… rich cream and light pepper That eventually finished with sharp black pepper and wood. My only complaint is that it wasn’t a toro so I could have enjoyed it longer. I’d gladly smoke these on the regular. ” –Jason H. (Jokey Smurf)

“Overall it reminded me of a chore day smoke, something to scratch the itch and at the same time no need to worry it goes out on you, because it was just to kill the time anyway. Good but not great by any means. ” –Jonathan R. (J.Lee)

“I hope to retry this cigar & really get to know it when it’s under better circumstances ” –Allison T. (The Yoga Ash)

Blind Cigar Review: Curivari | Archimedes 550
Summary
"This was a great cigar to smoke. The profile of it was in line with what I like smoking these days. A soft and delicate smoke at time that morphs into something with a deep and rich character. I would recommend this cigar to anyone who like a lighter smoke that builds into some character. A nice find and I would surely smoke another. " -Estevan Z. (TheRealBanzi)
Appearance
88
Aroma
86
First Third
89
Second Third
91
Final Third
89
Draw
92
Burn
90
Construction
89
Overall Experience
92
90
Very Good