In 2017 E.P. Carrillo brought back the Elencos, that originally came out in 2010 at the time when Ernesto Perez-Carrillo’s E.P. It has been discontinued in 2013. This new version came back with the same blend and viotlas but with new packing and bands. This new look coincided with the realignment of the E.P. Carrillo lines that took place in 2016. This falls into the company’s Elite series.

The blend uses a Brazilian wrapper, Ecuadorian binder, and Nicaraguan filler. The cigar is made at E.P. Carrillo’s factory Tabacalera La Alianza in Dominican Republic. It comes in three sizes: Don Rubino: 5 1/4 x 50, Elites: 6 x 54, and Acto Mayor: 6 1/4 x 52. Are in 20 count boxes. 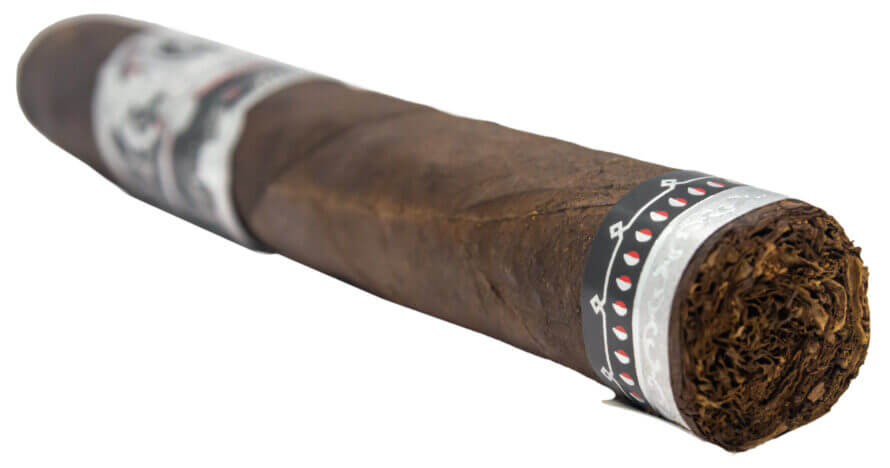 “A dull brown, with some reddish hues, wrapper covers this cigar. This is a very toothy wrapper with many predominant veins and some uneven color patches. In the sunlight the mineral shimmer like diamonds. Tight but visible seams cover the whole cigar and is finished with a nice triple cap. Very nice.” –Estevan Z. (TheRealBanzi)

“The tobacco aroma on 1054 is very delightful as it reminds me of fresh cut summer wildflowers in Colorado with a mixture of a mature forest and the salt of ocean air.” –Allison T. (The Yoga Ash)

“As soon as you light the cigar up you are met with a blast of caramel with some lingering white pepper on the tip of the tongue. There is a touch of harshness in the back throat. Not sure what that is from but it sticks around for the whole third. There is some soft licorice that shows up for a few moments then turns very earthy quickly there after. It closes with a nice dark chocolate note that makes me think of a dark chocolate caramel chew. Lovely…just lovely.” –Estevan Z. (TheRealBanzi)

“On the pre-light draw it was all sweet golden raisins which evolved into warm nutmeg, sea salt & slight cayenne in the back of the throat in the first of the 1st third. Nice even burn with a stacked grey ash like pancakes. Cayenne & sea salt smoothed into a more savory meatiness that really coats the palate like velvet. ” –Allison T. (The Yoga Ash)

“The sweet tea flavor has begun to fade to the background and nuts have moved for the the forefront. The mix of honey and nuts very much reminds me honey roasted almonds. On the retrohale I’m beginning to pick up just a touch of black pepper spice which is a nice contrast to the sweetness. The burn remains imperfect and I’m having to take it extremely slow to prevent more coning.” –Lauren S. (Lauren S.)

“The meaty savory transitioned into a warm cinnamon with a sea salt on the lip & slight white pepper on the back of the tongue. Still with a great burn & able to stack an ash well, it’s nice to not have the ash fall on my floor when I an not looking. Finishing off the 2nd third the white pepper has transitioned into cayenne & now a baking coco with a mineral in the background is rolling around. ” –Allison T. (The Yoga Ash)

“The leather flavors have disappeared in the final portion and I’m left with charred wood and lingering charcoal. I like it, but more complexity would be appreciated as the cigar closes out.” –Jason H. (Jokey Smurf)

“Wood, wood, and more wood. The charred oak is unchecked now. It is all that can be found on the palate with tons of cayenne pepper in the retro. Wish there was more to report but there is really not. A sad close to a very nice looking cigar.” –Estevan Z. (TheRealBanzi)

“It was never razor sharp but the burn head its own. Never needed a touch up ” –Estevan Z. (TheRealBanzi)

“This was a well constructed and attractive cigar that performed very well from snip to final ash. I was particularly impressed with the ash as it only fell once at the halfway point and lasted until I lay it to rest in the ashtray.” –Jason H. (Jokey Smurf)

“This was an excellent, fuller bodied cigar that would pair well with any stout drink or alongside a hearty steak dinner… the flavors were Nice, if simple, and closed my day quite nicely.” –Jason H. (Jokey Smurf)

“This is the tale of two cigars. There is beautiful cigar with some great pre-light notes and the burning cigar that is dark and earthy with some highlights of sweetness. If you are a fan of charred wood this is the cigar for you. Try it and make up your own mind.” –Estevan Z. (TheRealBanzi)

“Flavor wise I really enjoyed the entire cigar. The complexity and how much the cigar changed throughout made me smoke it down to the nub. The sweet tea transitioning into roasted almonds with just hints of pepper made this a fun journey of flavors. Sadly the burn issues forcing me to baby and really slow roll smoking the cigar soured the experience a bit.” –Lauren S. (Lauren S.)

“I loved all the warm spices, coco with a slight spiciness in the back of the throat that made me think this would be a great cigar to pair with English Breakfast tea on a cool crisp night. ” –Allison T. (The Yoga Ash)

“From beginning to end the draw on this allowed for a pleasant and great experience. I would’ve wished for some sweeter notes, maybe a molasses or fig but overall I was elated with great earthy and cocoa rich stick that was consistent till the very end. ” –Jonathan R. (J.Lee)

Blind Cigar Review: E.P. Carrillo | Elencos Elites
Summary
"I loved all the warm spices, coco with a slight spiciness in the back of the throat that made me think this would be a great cigar to pair with English Breakfast tea on a cool crisp night. " -Allison T. (The Yoga Ash)
Appearance
92
Aroma
94
First Third
93
Second Third
94
Final Third
92
Draw
97
Burn
92
Construction
93
Overall Experience
94
93
Great