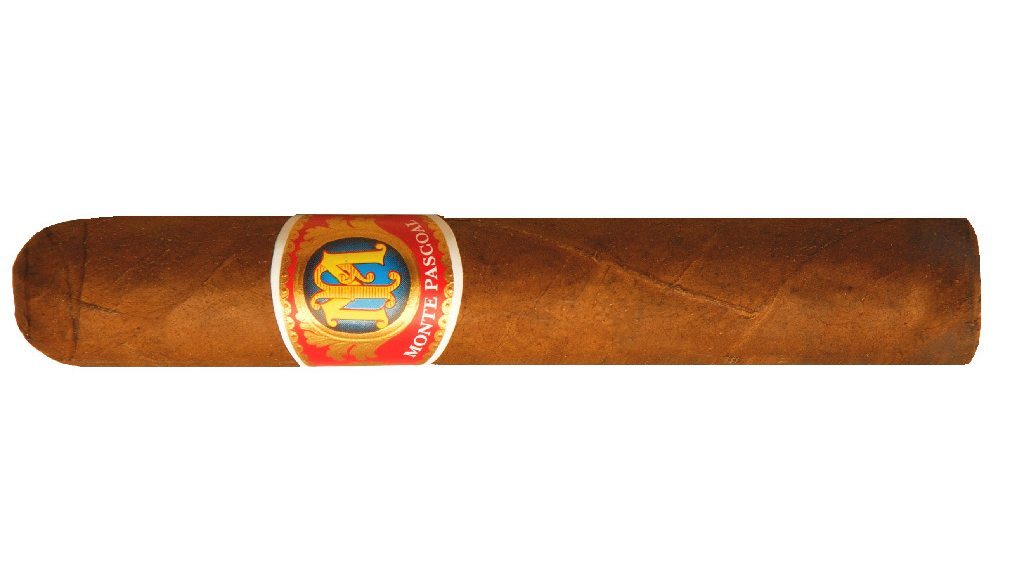 “Smells of faint leather and not much else. A hint of barnyard from the foot.” –Derek (StogieNinja)

“Seams are nice and flat, and shape is mostly uniformly round. A few soft spots throughout but nothing overly troubling. Cap cuts cleanly and no major stems are visible at either the cap or foot. Cold draw feels about right.” –Derek (StogieNinja)

“Lots of tobacco flavor on the first puff. Very oily on the tongue, sweetness is starting to come through. Lots of thick creamy smoke. Very dark solid ash. Nice even burn.” –Craig (WyldKnyght)

“A bit of pepper on the first few puffs that subsided very quickly. Then a touch of kitchen spices and toast before settling into an almost zest of citrus. The flavors are bright yet complimented each other nicely. A tight medium gray ash and relatively straight burn line are a bonus.” –Gregg (McGreggor57)

“Not too much change here. The coffee and cream are more prominent in the second third and they’re complimented by some nutty flavors. The body amps up just a touch and I get a slight hint of pepper in the finish and in the retrohale.” –Brian (B-daddy)

“Started to get some sweetness and pepper during the second third, very enjoyable.” –Craig (WyldKnyght)

“More of the same flavors on the final third with a bit of nuttiness to round them out. A touch more spice that comes and goes, nothing drastic. The ash and burn line remained consistent throughout the entire smoke. My only disappointment is that the cigar has been nubbed and is no more.” –Gregg (McGreggor57)

“The pepper is fading at this point and the flavors have gotten quite interesting as well. The prominent flavor is of tobacco as well as some dried hay and grass. However, there are nuances of sweet spices like nutmeg. There is also a maduro like flavor but this does not seem like a maduro to me. The ash is still flaky since the start of the second third. The twang is still present but less noticeable. The burn line is still almost perfect and the draw is also almost perfect.” –Sandeep (Djangos)

“Reasonably straight burn line. Never had a problem with the burn, and it put out a nice amount of smoke.” –Derek (StogieNinja)

“This cigar was VERY consistent, almost boring in its uniformity but I really liked the flavor profile and performance. It was like an old pair of loafers that you wouldn’t wear out to a fancy occasion but you want to put on as soon as you get home. I’d buy these and keep them around for when you want a super consistent easy smoke.” –Brian (B-daddy)

“Very good cigar, right in the middle of my profile, a little spice, lots of sweetness. Lots of thick creamy smoke. Can’t wait to find out what this was.” –Craig (WyldKnyght)

“Simply a great cigar. One that I would keep on hand at all times.” –Gregg (McGreggor57)

“When it was good, it was nice, but far too sweet. The rest of the time, the bitterness, chemical aftertaste and burnt plastic ruined any chance of enjoyment.” –Derek (StogieNinja)

“The cigar started off quite mediocre but picked up quite well towards the beginning of the second third and after that just improved for the rest of the duration of the burn. The ‘twang like flavor was much appreciated and the pepper was also quite refreshing after the first third. The burn and the draw were to die for. I will definitely try another of these again!” –Sandeep (Djangos)