At the 2017 IPCPR trade show, My Father Cigars announced a new line of Cigars for this year. La Opulencia translates to “the opulent” in Spanish, which is meant to show the type of cigar they were trying to create. This was originally an old Cuban brand that the Garcias revamped. Today we are reviewing the My Father | La Opulencia Corona.

The blend is composed of a dark, Mexican San Andres wrapper classified as rosado oscuro, It has two Nicaraguan binders, a Criollo and a Corojo around Cuban-seed fillers from Garcia family owned farms, including the El Pedrero, Las Lometas and La Bonita plantations. La Opulencia comes in six box-pressed sizes: Petite 4 1/2 x 48, Corona 5 x 46, Robusto 5 1/4 x 52, Toro 6 x 54, Super Toro 6 x 60, and Toro Gordo 7 x 56. The cigars are packaged in 20-count boxes and retail from $7.10 to $12.54. La Opulencia is rolled in Nicaragua at the My Father Cigars S.A. factory.

“This box pressed robusto gets your attention quickly with its flat top and bottom and rounded corners and sides, nearly invisible seams, and slight sheen on the wrapper. An excellent looking stick. ” –Dave W. (mdwest)

“The foot has a strong barnyard aroma while the foot and pre-draw have a slight tobacco note. ” –Alan (Eulogy)

“Initially there are notes of dry cocoa, green leaf stems, and a hint of black pepper. Draw is too loose at this early stage. During the second half there is an introduction of minty notes as the draw tightens up by a sliver.” –Stefan (Stefan)

“The flavors are intense and discernible right away. Black pepper, dark cocoa, espresso. Those flavors dominate the profile along with a nice sweetness of aged tobacco. Rich smoke and a retrohale that reminds me of very dark chocolate. ” –Matthew T. (A Huge Nerd)

“Pepper is a little less in your face in the second third but is still definitely the dominant flavor with this stick. ” –Dave W. (mdwest)

“There’s still a heavy dose of pepper on the pallet that coats the entire mouth. There’s a rich tobacco flavor that has developed since the first third and is followed by a hint of cedar. ” –Alan (Eulogy)

“The end of the cigar kind of brings everything together. I am getting a lot of complexity. Cocoa, espresso, caramel, pepper, leather, toasted wood, and a mild earthiness are all there in some form or another. The retrohale is bold with pepper and spice. ” –Matthew T. (A Huge Nerd)

“There is a nice flavor shift in the final third with more leather in the profile and pepper taking a back seat. ” –Dave W. (mdwest)

“I had no issues of any kind with the draw. Plenty of smoke. Great resistance. ” –Matthew T. (A Huge Nerd)

“Other than the foot being a little squishy, the construction was perfect. ” –Alan (Eulogy) 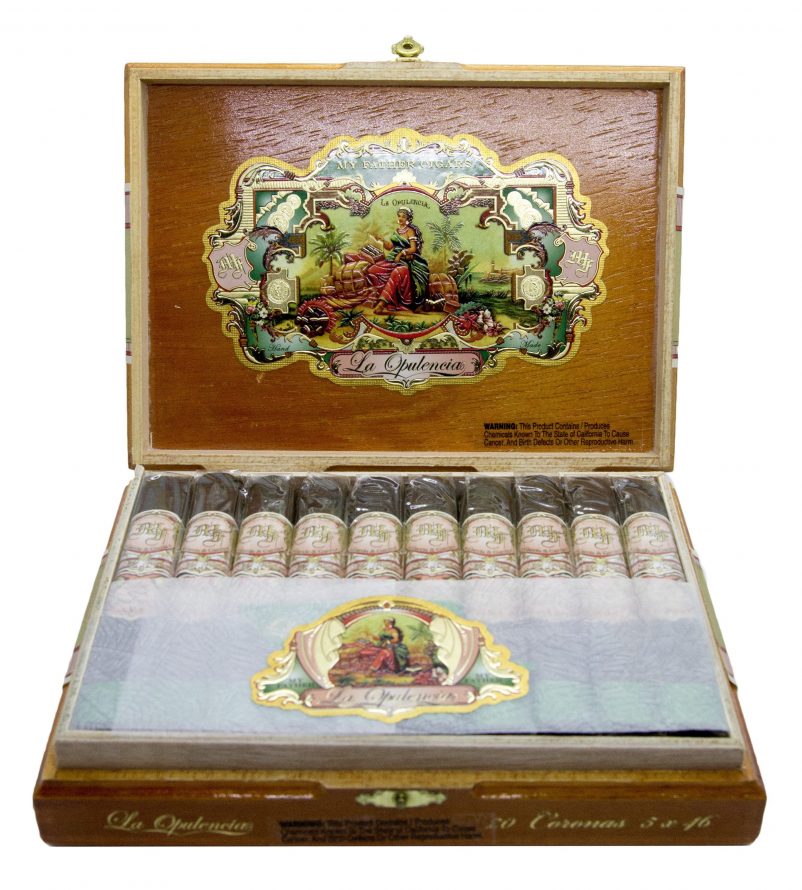 “A very enjoyable Maduro that despite its small size can hold on for well over an hour.” –Stefan (Stefan)

“As ugly as this cigar was, it goes to show that you can’t judge a book by the cover. The flavors were so good. There was complexity, and yet consistent notes that pulled everything together. I would gladly reach for this cigar again. ” –Matthew T. (A Huge Nerd)

“I was surprised how quick a smoke this was. I expected it to last a good bit longer. Overall a very nice experience. I’m not sure this stick will end up on my top 10 list this year, but it could easily make it into regular rotation if the price is right. ” –Dave W. (mdwest)

“The smoke output was great. Thick clouds of chewy smoke were certainly the highlight of the cigar. The final third of the cigar is almost unsmokable. The metallic flavor at the end became overpowering. If the price was right, I would probably give it another chance to see if this was just a bad example.” –Alan (Eulogy)

Blind Cigar Review: My Father | La Opulencia Corona
Summary
"As ugly as this cigar was, it goes to show that you can't judge a book by the cover. The flavors were so good. There was complexity, and yet consistent notes that pulled everything together. I would gladly reach for this cigar again. " -Matthew T. (A Huge Nerd)
Appearance
94
Aroma
92
First Third
90
Second Third
89
Final Third
90
Draw
96
Burn
89
Construction
90
Overall Experience
91
91
Very Good