Last year, Skip Martin, co-owner ofRoMa Craft Tobac, teased social media with a new release headed for Germany only, the Wunder|Lust. The blend is made up of a Brazilian mata fina (Castaño osucro) wrapper covering an Indonesia Besuki binder along with an undisclosed filler blend. 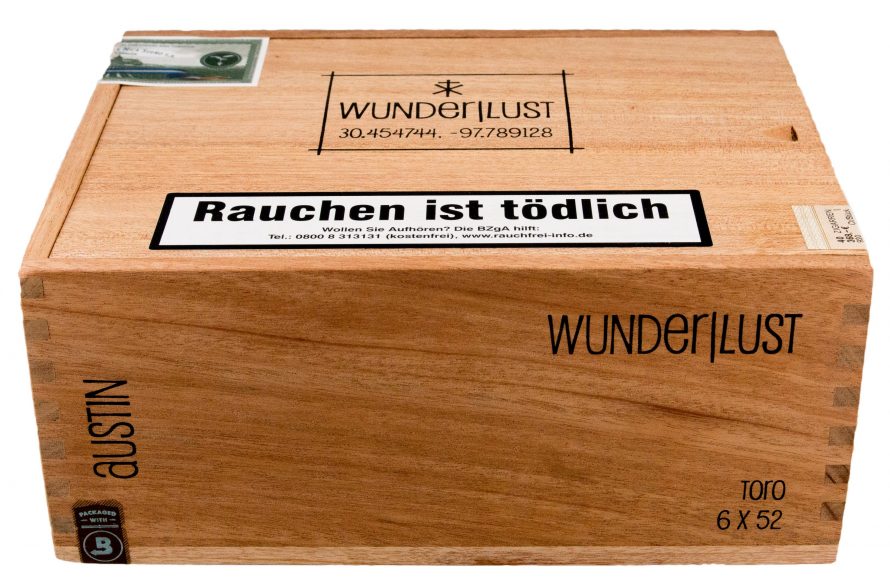 “Wunder|Lust is a very unique blend, and something completely different for both RoMa Craft Tobac and Nica Sueño,” said Martin. “It was inspired by the tobaccos we found in the massive inventory that the Schusters maintain in their own factory.”

The brand had a pre-release to 20 accounts in Germany with an initial shipment of a bit more than 10,000 cigars limited to 250 boxes each containing two bundles of 22 cigars.

Last September, RoMa Craft announced the full release to other accounts at the annual Inter-tabac convention that takes place in Dortmund, Germany. There will no more than 100,000 cigars produced each year between the four sizes, and none of them will be sold to retailers in the U.S. 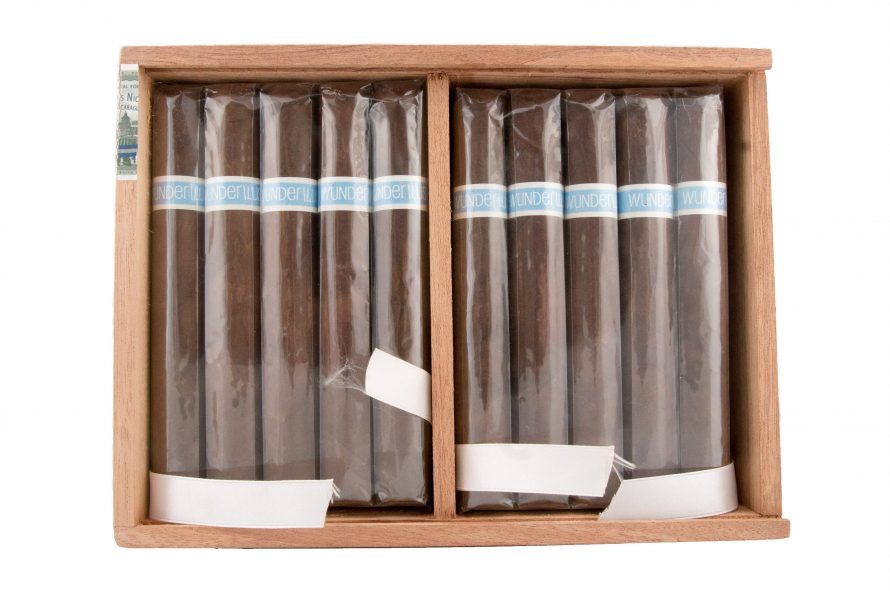 The name is a combination of the idea behind wanderlust and the German cultural use of the word and prefix wunder. The packaging will resemble our other lines, with the box art coming from 60+ year old molds we found at the Schuster factory.

“Dark chocolate wrapper with small veins and a triple cap. Tight seams but they are visible. The wrapper while veiny has a very smooth and velvet texture.” –Zane G. (Zane)

“A malty tobacco sweetness along with leather and milk chocolate coaxes the senses.” –John A. (John A.)

“Lots of nut flavor with white pepper and i’m getting a creaminess on the retro with a tiny dash of spice. There is a scratchiness on the back of my throat, it’s not bad, but there is something there. I think the strength is picking up slowly on me.” –Mickey T. (irratebass)

“This one brings the power right from the start. Within an inch it is obvious that this is a strong cigar with plenty of vitamin N to spare. The smoke is a little harsh and leave the throat scratchy after each puff, but the flavors are a nice woody and earthy blend with medium body.” –Dave W. (mdwest)

“Second third transitions into a very heavy syrupy sweetness that quickly fades into some spice and faint leather. Not much pepper on the retro mostly slight sweetness and some cedar notes.” –Zane G. (Zane)

“Very strong ash I am not even worried about it. Spice is dropping to moderate. Still a real good dark sweetness creamed coffee may be strong enough for espresso. Manual removal of the ash 1/2 through the 2nd third. Fairly consistent just a few minor changes.” –Ryan H. (Ryan H.)

“The last third is comprised of dark flavors of leather, espresso, and damp wood. The profile of this third is not terribly complex as the flavors persist through to the end of the Cigar.” –John A. (John A.)

“As the final third comes into transition the pepper picks up a bit more on both the tongue and the retro. Primary flavor is some bitter cocoa with leather undertones. The leather takes over as the last third finishes.” –Zane G. (Zane)

“While no touch-ups were required there were a few runners which were self-correcting” –John A. (John A.)

“Excellent construction packed to the gills ,but plenty of give and as I mentioned a fantastic draw.” –Mickey T. (irratebass)

“This Cigar was a fine smoke however it was not very complex and had a consistent flavor profile from the second third on. The draw was spot on and near perfect. I would probably purchase a five pack of the Cigar to keep in my humidor.” –John A. (John A.)

“This is a very good cigar, but I don’t think it’s something I would smoke regularly, and I can”t really say why, it was good, just not really for me. I am curious to see what this was.” –Mickey T. (irratebass)

“Overall a great looking cigar that that performed well. The flavor profile while good at times really didn’t wow me. I enjoyed the sweetness as well as the cedar/wood but the bitter cocoa did not accompany it very well.” –Zane G. (Zane)

“Would def buy a box. The transition were minimal, but there were a few really enjoyed this cigar” –Ryan H. (Ryan H.)

“This is a long, heavy smoke. Not bad at all, but a bit strong for my taste and the flavor profile was only ok to me. I would consider giving another one a try in the future, but would want to make sure I had a pretty big meal just before sparking this one. Its a powerhouse.” –Dave W. (mdwest)

Blind Cigar Review: RoMa Craft | WunderLust Gran Toro
Summary
"This Cigar was a fine smoke however it was not very complex and had a consistent flavor profile from the second third on. The draw was spot on and near perfect. I would probably purchase a five pack of the Cigar to keep in my humidor." -John A. (John A.)
Appearance
87
Aroma
93
First Third
89
Second Third
89
Final Third
88
Draw
97
Burn
88
Construction
93
Overall Experience
89
90
Overall Score - Very Good