The first two blends Ecuador and Brazil, were first shown off at the 2018 IPCPR show. The brand is named for the city of San Pedro de Macorís, Dominican Republic, where Royal Agio has a handmade cigar factory. The blends use a high quality wrapper and binder with original Cuban seed Piloto Ligero filler.

“This is a handsome cigar. Beautiful medium brown color with invisible seams. The triple cap is so well placed that I thought it was a single until I examined under scrutiny. ” –James H. (Keikan Jim)

“The wrapper yields an incredibly pleasant aroma with hints of pepper and sandalwood, but it isn’t overpowering. The foot is far more peppery, and suggests this might be one spicy little smoke; it made me need to sneeze just now, but I’m not complaining. ;)” –Nate H. (SineQuaNon) 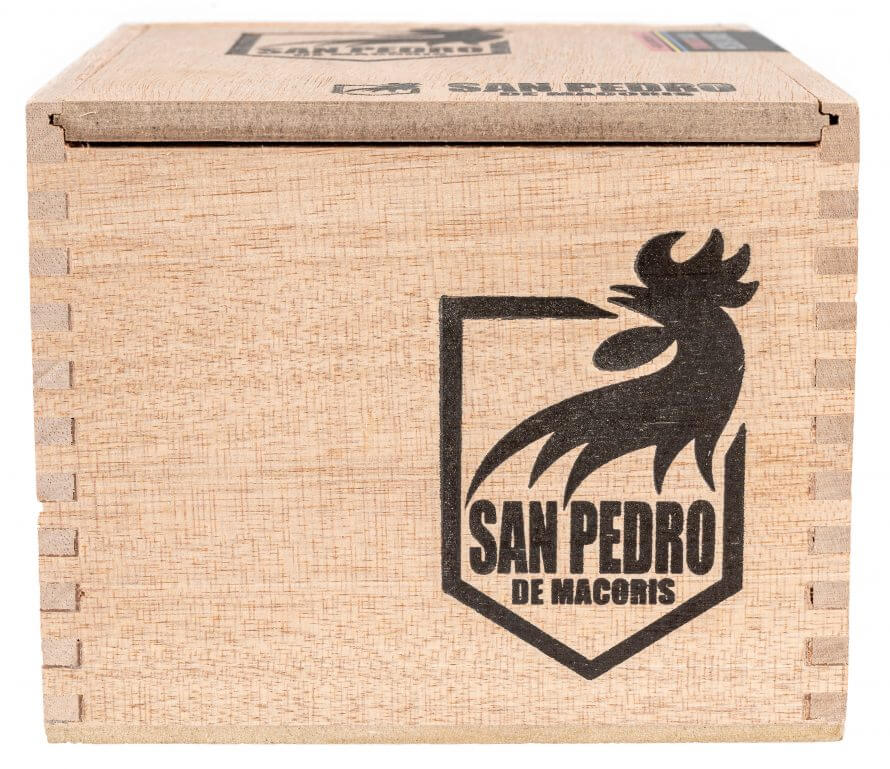 “This cigar starts out so sweet I was thinking it had been tipped with sugar. This fades as the first third progresses but still lingers. Baking spices prevail with a white pepper/cinnamon retrohale which give this cigar a dessert quality. Not my normal go to flavor profile but I’m really liking this. The first third went quickly though, leading me to believe this will be a fairly quick smoke.” –James H. (Keikan Jim)

“After putting fire to it, the first puffs were very enjoyable. The same aromas I got from the wrapper carried over into the flavor profile. Nutmeg, graham cracker, and cocoa abound in the first third! Great even burn and lots of smoke output. Even my wife enjoyed the aroma of this smoke. Can’t wait to see what the second third holds in store for me. ” –Kevin J. (maninblack77)

“Strength and body still remain at a pleasant, but steady medium, though the complexity has stepped up a bit, likely due to the much denser smoke being produced during this portion of the smoke. The burn gets a little more wavy than initially, but is still strong and steady, with no touch-ups needed.” –Nate H. (SineQuaNon)

“The second third was really no different from the first. Still airy. The smoke volume was light. The wood was more pronounced in this third was the only change.” –Matt T. (Mattehh)

“As much as I didn’t want this cigar to end, sadly it did. The final third was excellent. Lots of nutmeg and chocolate and zero bitterness thru to the end. Almost had to burn my fingers before I put it down. Great cigar overall!” –Kevin J. (maninblack77)

“The final third was very similar to the second. Baking spices with a salty finish which lingers on the lips. ” –James H. (Keikan Jim)

“This cigar was open with just the slightest resistance through the entire cigar. ” –James H. (Keikan Jim)

“The burn was incredibly solid, and never needed a single touch-up. Though the char line got slightly wavy around halfway through, it was never to the point where I felt I needed to do anything to fix it. The burn was strong, and true, and the cigar would eagerly come back to life even on the handful of occasions I stepped away from it for a few minutes before returning to take another puff. Simply outstanding.” –Nate H. (SineQuaNon) 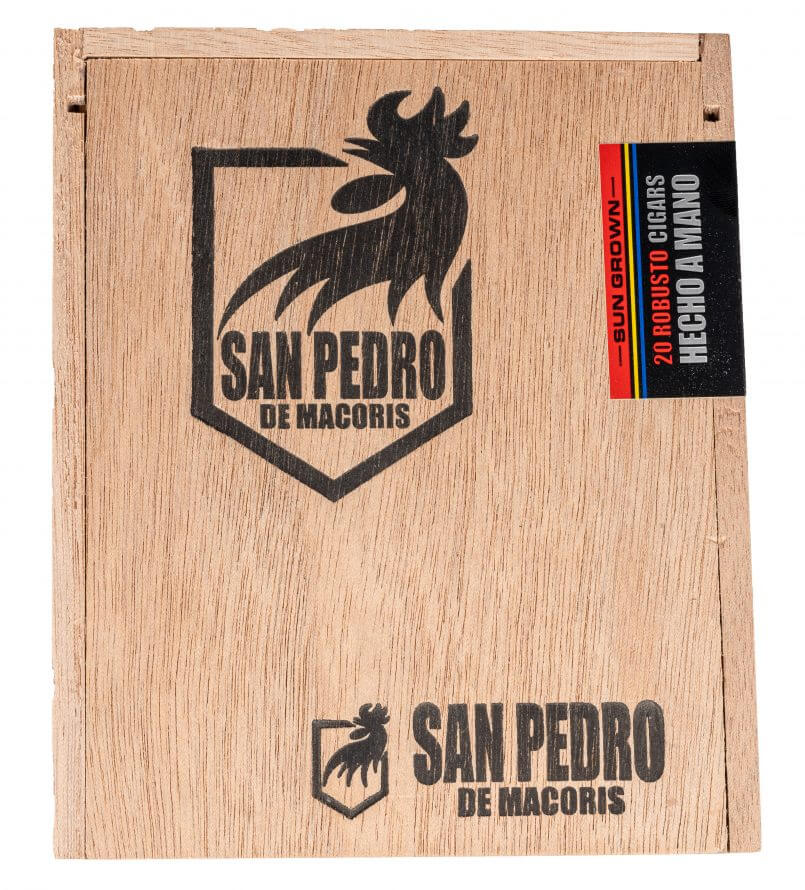 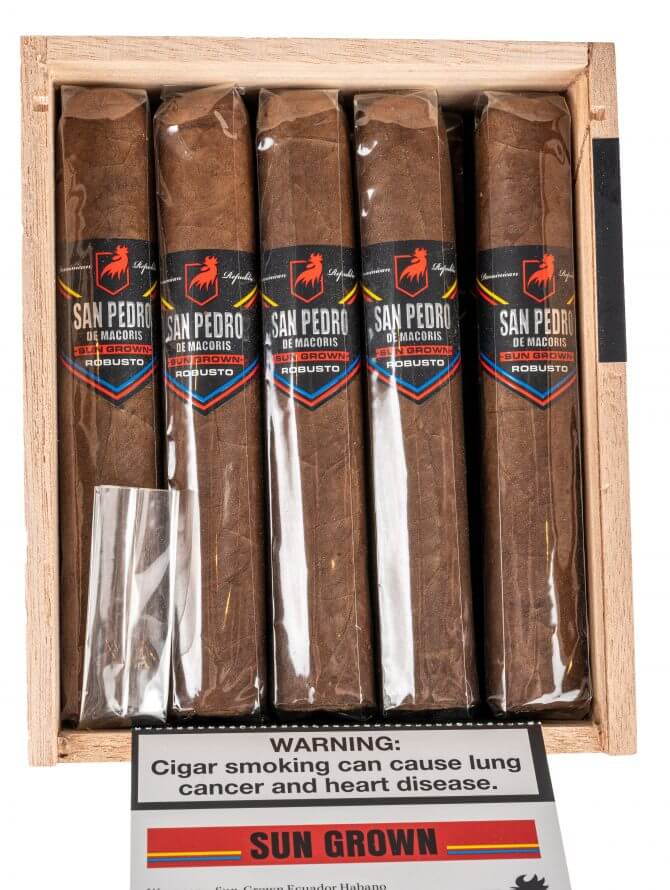 “This is definitely a cigar I would purchase regularly if it falls into the right price point. Abundant smoke output and great flavors with a medium strength/complexity would make this an excellent first smoke of the day for me. Paired perfectly with my Texas Pecan Coffee. I really do wish it didn’t go so quickly though. Burn time was my only complaint. This robusto just fell a little short normal. ” –James H. (Keikan Jim)

“This is a very calm, but satisfying smoke; something I would enjoy in the morning with a medium-roast cup of coffee, or even just water. When I take a steady puff, the flavor arrives, does it’s thing, and then goes on it’s way, without lingering too long on the palate. I’m generally not a fan of mild cigars, but I like this one quite a bit. ” –Nate H. (SineQuaNon)

“In my opinion this was very box worthy. I’d rate it a 94. Flavors were on point throughout and the construction was great. Would definitely buy these. ” –Kevin J. (maninblack77)

“This was a one note wonder. Same flavors all the way through. The airy smoke made the flavors light. I attribute the experience to the construction.” –Matt T. (Mattehh)

Blind Cigar Review: San Pedro De Macoris | Sun Grown Robusto
Summary
"This is a very calm, but satisfying smoke; something I would enjoy in the morning with a medium-roast cup of coffee, or even just water. When I take a steady puff, the flavor arrives, does it's thing, and then goes on it's way, without lingering too long on the palate. I'm generally not a fan of mild cigars, but I like this one quite a bit. " -Nate H. (SineQuaNon)
Appearance
95
Aroma
91
First Third
91
Second Third
93
Final Third
90
Draw
98
Burn
96
Construction
96
Overall Experience
94
94
Excellent