The Original El Triunfador was made back in 2008. It was not publicized and only available for ordering by asking specifically for that cigar. The word “El Triunfador” translates to The Winner in spanish. It was only made it one size, the lancero, and according to Pete Johnson was only made to use his trademark on the old Cuban Brand of the same name.

In 2009, the regular production El Triunfador was announced as a milder blend outside the US. Then months later was expanded to the US including six vitoals.

Recently, at the 2018 IPCPR Convention & Trade Show, Tatuaje released the fourth vitola in the El Triunfador Original line, a 5 x 50 robusto. It has same blend as the first releases featuing a Connecticut broadleaf wrapper and Nicaraguan tobacco binder and filler. The cost is $10 each. 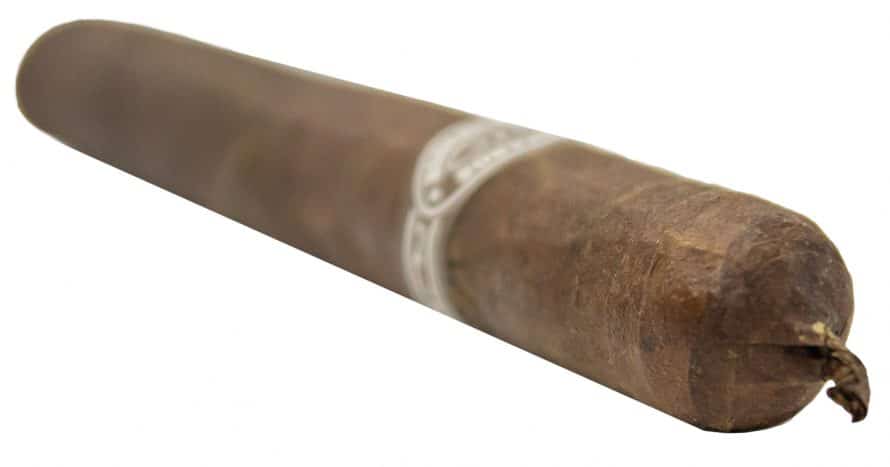 “Cold draw brings me cream with cinnamon and salt with some wood. Right out the gate I get cream, wheat, musty wood and some cinnamon. There is a nice white ash forming on this cigar, so far this is really good. ” –Mickey T. (irratebass)

“Starts out pretty potent with pepper and an underlying creaminess and a floral/herbal quality that’s hard to pin down precisely. Fifteen minutes in and this has become increasingly floral, and simultaneously bready. Really interesting ride so far. ” –John I. (John I.)

“Earth seems to take over for the moment, pepper is still a part of the cigar just not as much as the first third. A fair amount of leather joins fighting for the number 1 spot. Burn has been razor, and the ash is very strong.” –Ryan H. (Ryan H.)

“Continues to display a lot of floral qualities. Potency has picked up a bit along with increased body.
Around the mid point I start getting really minty flavors. No seriously. Serious straight up wintergreen kind of mintiness. It’s the damnedest thing.” –John I. (John I.)

“Getting quite a bit of a musty element on the retro with hints of cream. Spice has joined the party now but no strength. ” –Mickey T. (irratebass)

“This has been quite a ride, and more than a bit unusual. The finale has eased into more traditional flavors and is finishing with nice notes of pepper and earth. There is still a fair amount of floral quality mainly on the finish and retrohale. ” –John I. (John I.)

“No touch ups were needed. Was quite stellar” –Ryan H. (Ryan H.)

“Very good construction ash held on about a 1/4 of an inch at a time. ” –Mickey T. (irratebass)

“I loved the complexity of the cigar, it had some very pleasurable transitions.” –Ryan H. (Ryan H.)

“I couldn’t wrap my tongue around this one. Less than adequate draw made it unpleasant to smoke as well. If you like earthy dirty, probably ct broadleaf wrapped cigars…. this one may be for you… or not…. I didn’t…. it was a mindless smoke. ” –John A. (Bostoneo)

“This cigar had everything going for me. Lots of cream, wood, chocolate, and just a hint of spice at the end. It lasted a full 2 hours and never increased in strength, just dynamite. ” –Mickey T. (irratebass)

“I really enjoyed this. Fairly full flavored with a lot of transitional flavors happening. Even where this was a little weird it was enjoyable and definitely held my attention. This minty notes at the mid point were certainly a bit odd, but never became offputting and the transition back to more typical cigar flavors was very timely after the tour through the perfume counter, the bakery and chewing gum rack. ” –John I. (John I.)