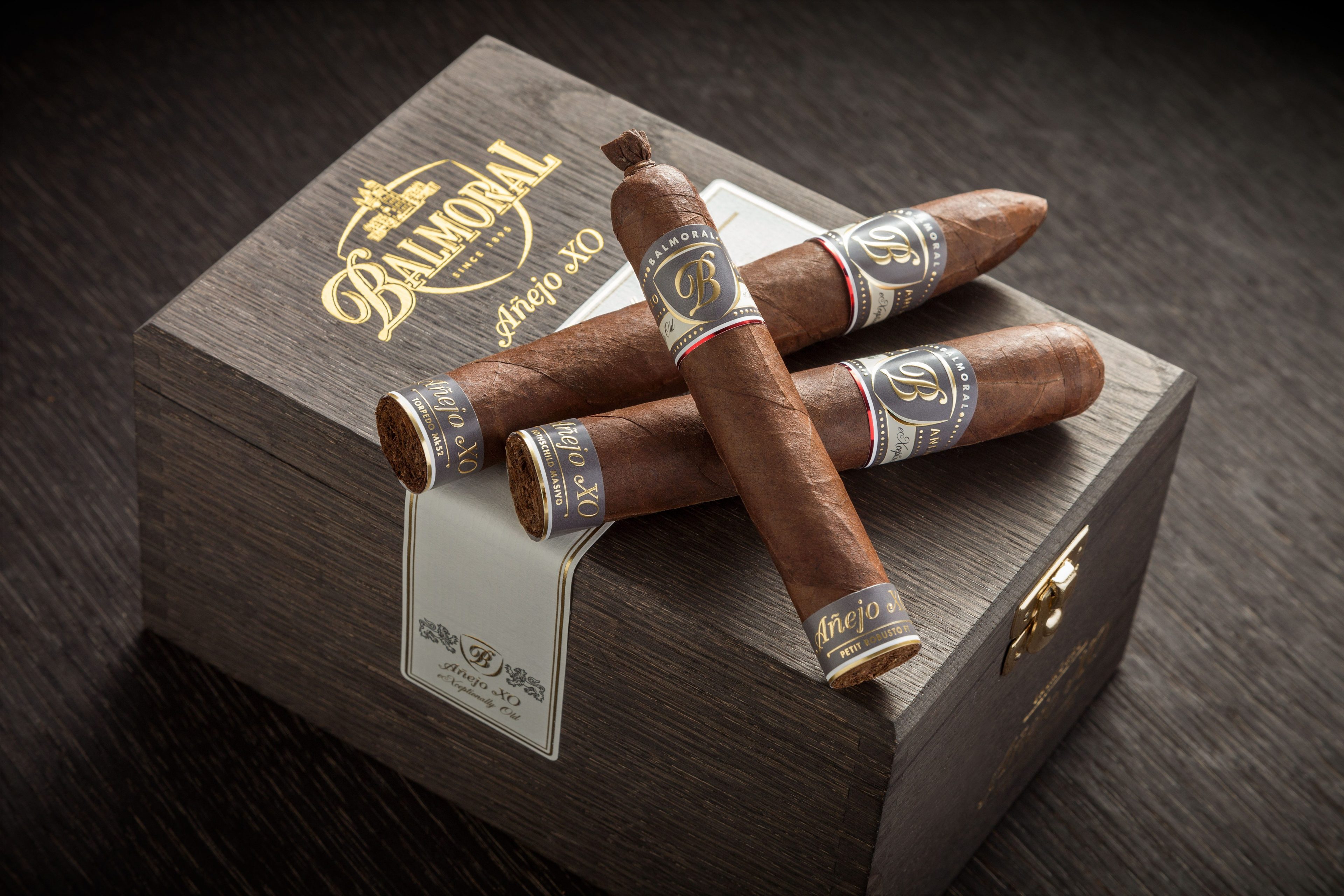 In 2014 Balmoral introduced their flagship cigar Añejo 18, which was an impressive success globally. It has been a wonderful year for Balmoral. The rare 18-year old Arapiraca wrapper is very limited and to continue the success of Añejo, which in fact is based on aged tobaccos, Balmoral now introduces its successor Balmoral Añejo XO.

Boris Wintermans, 4th generation in the family business and CEO of Royal Agio Cigars, stated that, “In my quest for the perfect Añejo blend, I have had the privilege to be able to work with the finest and most exquisite tobaccos in the world. The most recent creation to come out of this journey was, of course, the Añejo 18, crowned with an 18 year old Brazilian ‘Sungrown’ Arapiraca wrapper, and made by hand at our own factory in San Pedro de Macoris, Dominican Republic. After careful selection and tastings, I daresay that I have succeeded in finding a truly worthy successor: the Balmoral Añejo XO.”

Only this Balmoral Añejo XO can compete with the Añejo 18. All tobaccos used have been thoroughly aged and create a sophisticated and complex aroma that is said to be beyond compare. Medium to full bodied, Royal Agio Cigars describes the Añejo XO’s taste as an explosion of aroma’s and complexity, with notes of cedar wood, spices, cacao and an underlying sweetness. Wintermans is convinced that the XO rivals the Añejo 18’s taste for complexity and subtlety and even ads a bit of extra sweetness and creaminess.

The Añejo XO will come in three ´vitolas´. Next to the already existing models, Rothschild Masivo (MSRP $9.90) and the torpedo shaped Mk52 (MSRP $10.95), a Petit Robusto FT (MSRP $8.50) will be added to the Añejo range. FT, short for Flag Tail, comes recommended as the short smoke alternative for the Rothschild Masivo and the Mk52. This Petit Robusto FT has a ring gauge of 48 and carries a lower price than its brothers, making the Añejo taste accessible to a wider audience. Such splendid cigars should be treasured, and in that spirit Balmoral designed a grey box that matches the Añejo XO cigars in both quality and style.

Wintermans: “I would like to remind you that, as we have limited stock for the 18 year old wrapper tobacco, the Balmoral Añejo 18 will be very limited in volume. The Añejo 18 was a limited edition, it now became even more scarce and it will run out soon.”

To learn more about the new Balmoral Añejo XO products and all of Drew Estate’s IPCPR releases, visit http://drewestate.com/ipcpr.

Agio Cigars is one of the world’s leading cigar manufacturers, offering brands such as MEHARI’S, PANTER and BALMORAL. Every year, about 780 million cigars are produced and sold, primarily through the company’s own sales organizations in western and southern Europe. Agio also exports to over 100 countries worldwide and employs over 2.300 people. Founded in 1904, Royal Agio Cigars is still a family business and has grown to become a leading manufacturer of cigars with own production locations in the Dominican Republic, Sri Lanka and Belgium.