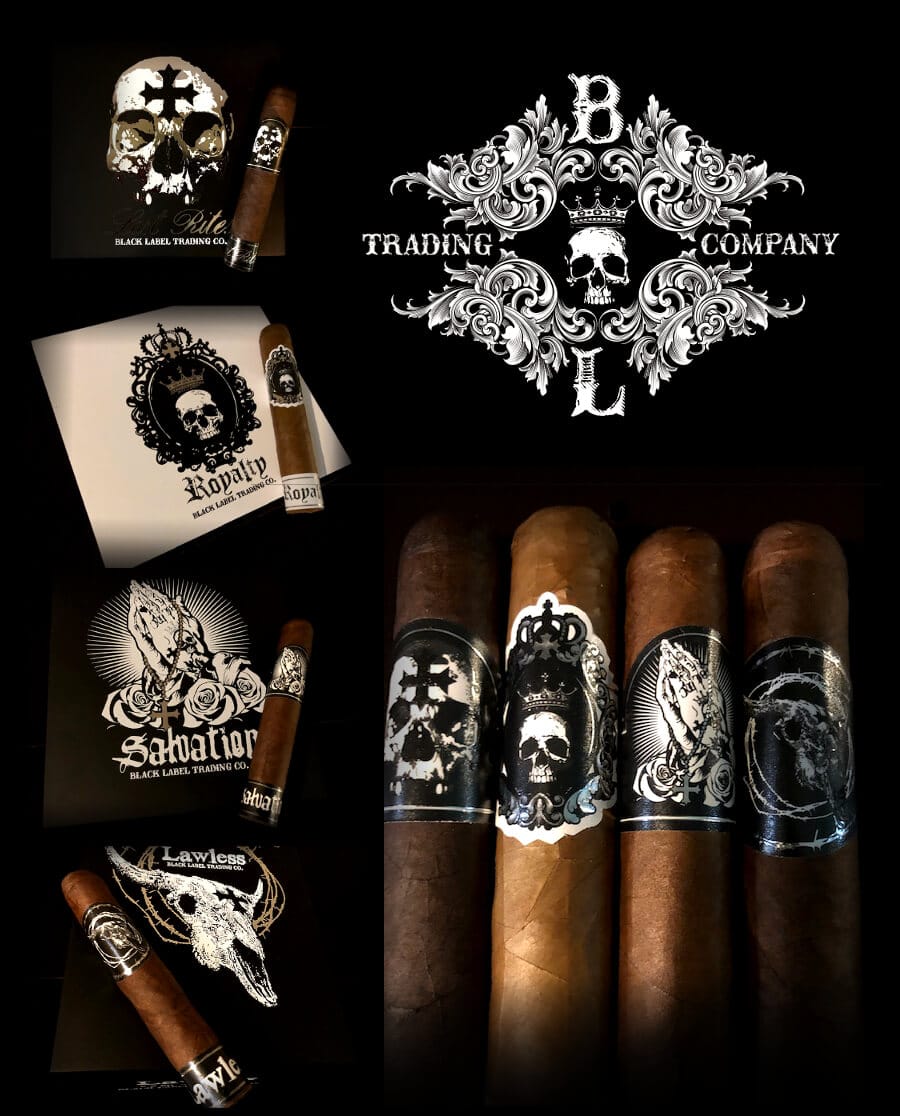 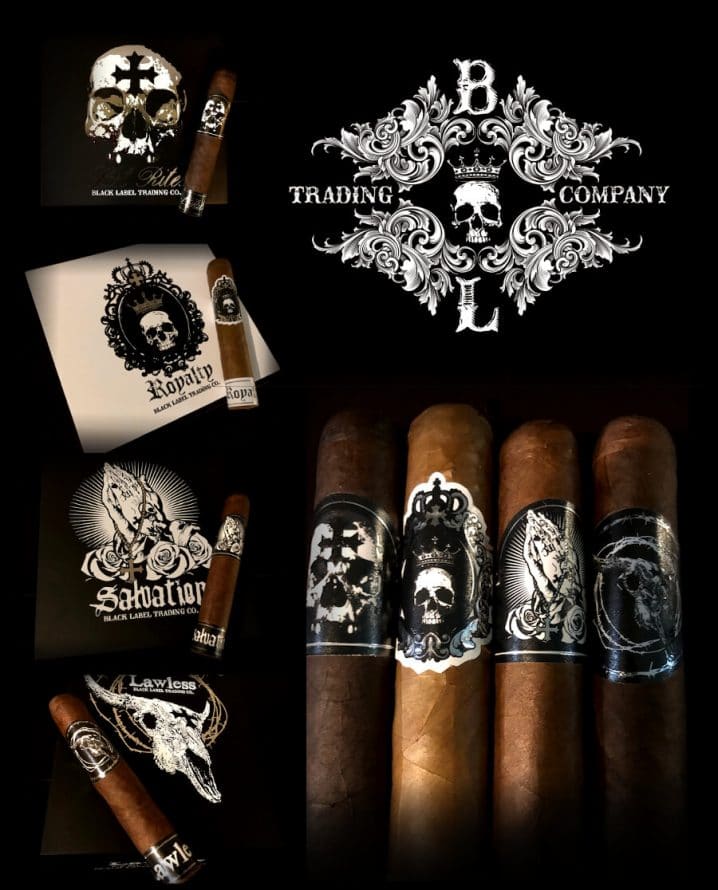 Black Label Trading Company is bringing new artwork and packaging for its core-lines to IPCPR this year. Royalty, Salvation, Lawless and Last Rites will all be shoiwing off new artwork designed by designed by James Brown, creator of BLTC. These core lines have been on the market since 2013. Benediction was originally a core line for the company but is being replaced by Porcelain as a core line cigar.

“I’m very excited for the re-boot of the BLTC Core Line. Black Label is celebrating its six year anniversary and it was time to change things up a bit. I believe every cigar has it’s own personality and tells a story. I wanted to give our core products the chance to tell that story through unique artwork for each line. It was also time to tweak the blends a bit. The blends didn’t change, I just played with different proportions of the original tobaccos creating a new, unique version of the cigars,” said James Brown, creator of BLTC and partner at Fabrica Oveja Negra. “Black Label Trading Company is redefining the standards for cigar making. With a less is more philosophy, Black Label Trading Co. creates hand crafted premium cigars of the utmost quality at their own factory in Nicaragua.”