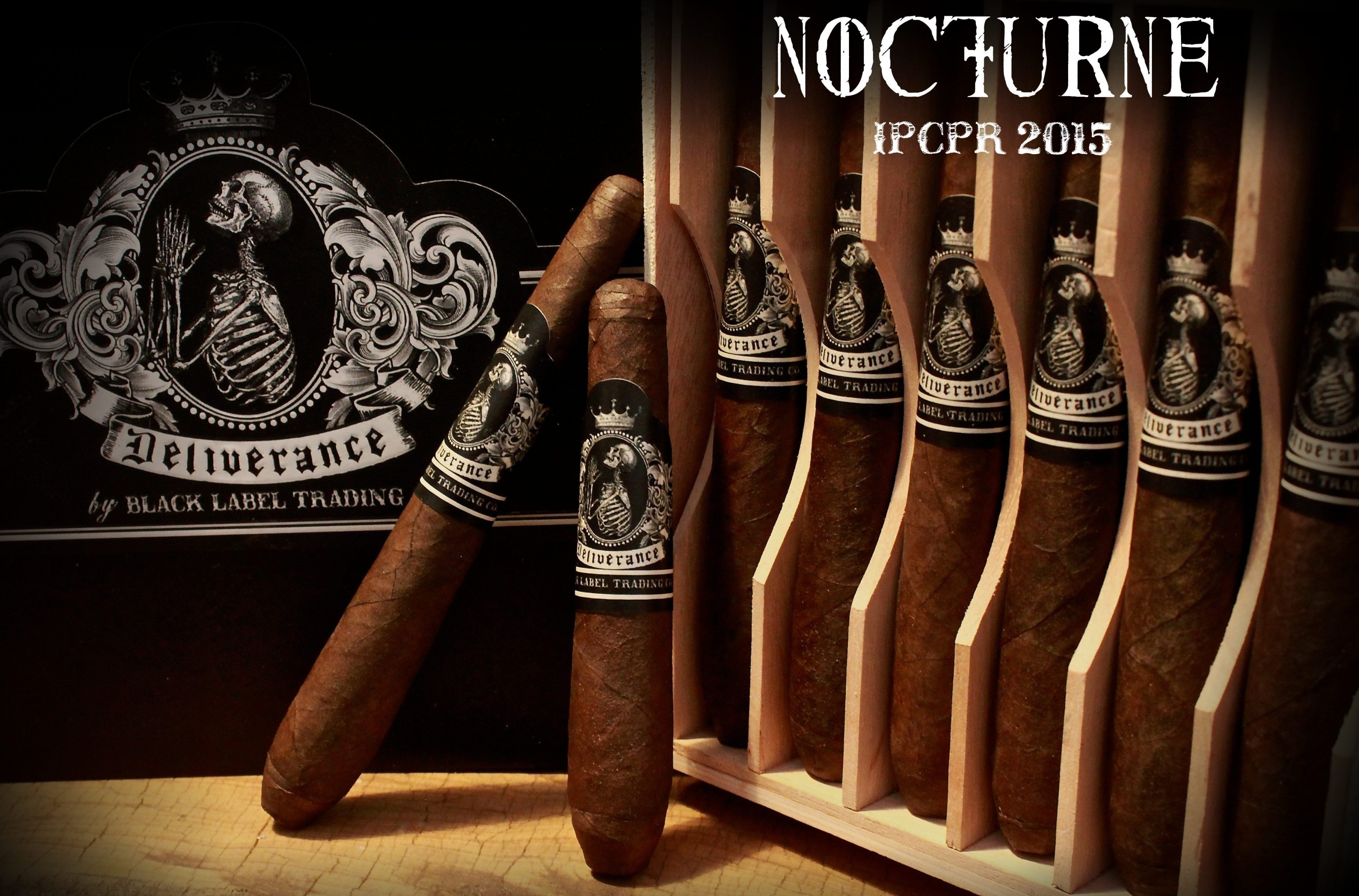 Deliverance Nocturne will be an addition to the Deliverance line, made throughout the year in small batches with additional vitolas being added.

“Nocturne is a very special cigar. Everything about this line is different for us. The vitolas, the blend style and the wrapper are things we have never done before. I have been working with Pennsylvania tobacco for a while and love its strength and richness. The Pennsylvania tobacco really elevates this cigar to the next level. I wanted something totally different for the vitolas, so we created our own, a slender Salomon with a blunt foot, or what we call a “Snub Nose”. This makes Nocturne a very time consuming cigar to make but these vitolas work perfectly with the blend,” said James Brown, creator of BLTC.

The BLTC DELIVERANCE NOCTURNE will be debuting at IPCPR 2015 in New Orleans with an estimated ship date of Sept. 19th, 2015. More information can be found at www.BlackLabelTrading.com