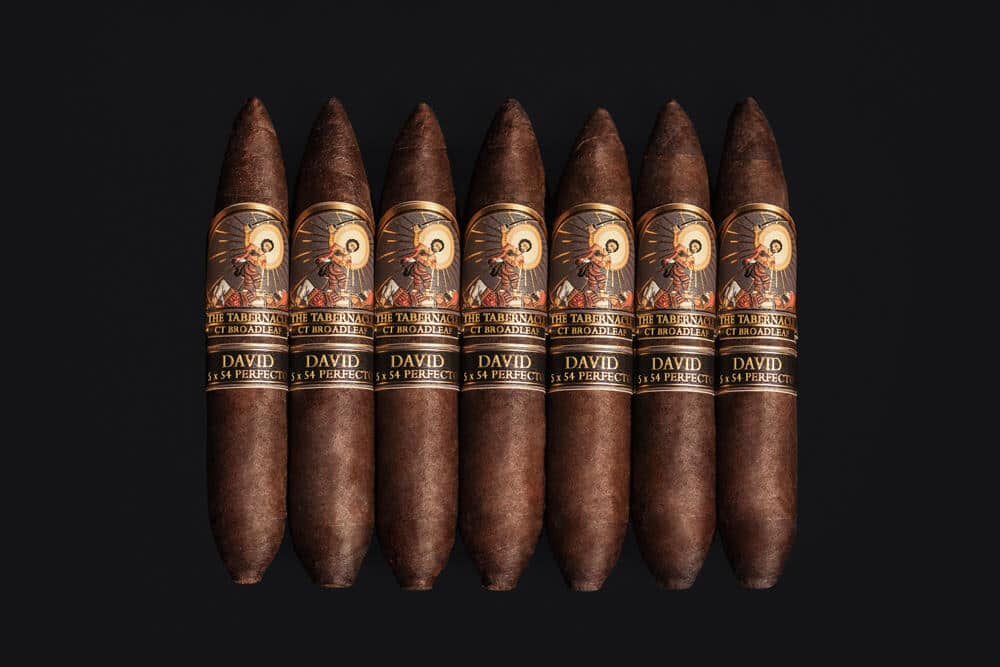 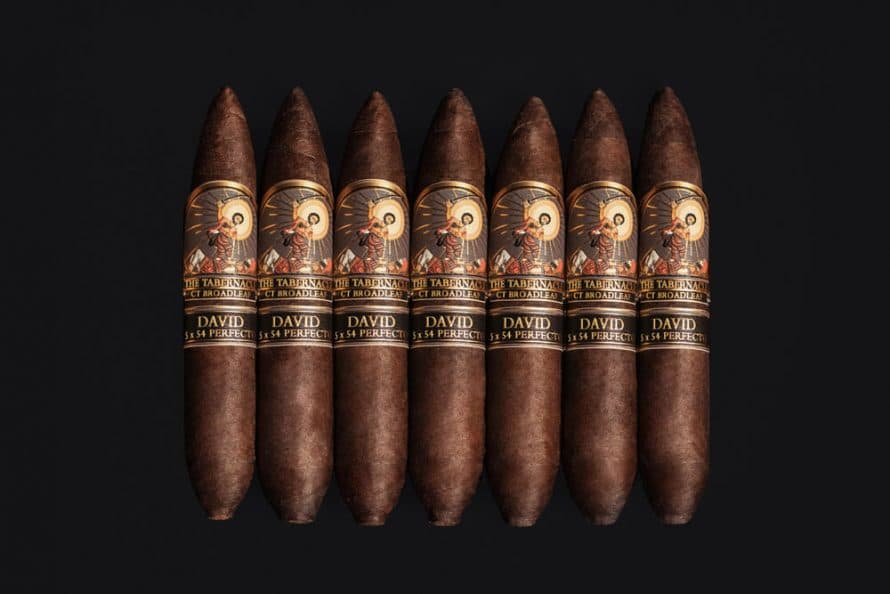 Foundation Cigar Company’s has announced two new sizes in the Tabernacle line: David and Goliath. Tabernacle was Nick Melillio’s second traditional premium cigar line, coming the year after El Güegüense. Tabernacle was his first Foundation cigar to use Connecticut broadleaf and out of reverence for the tobacco leaf, and tobacco tradition came the name, from Hebrew scripture: The Tabernacle – which housed the Ark of the Covenant before the building of the Temple of Solomon. 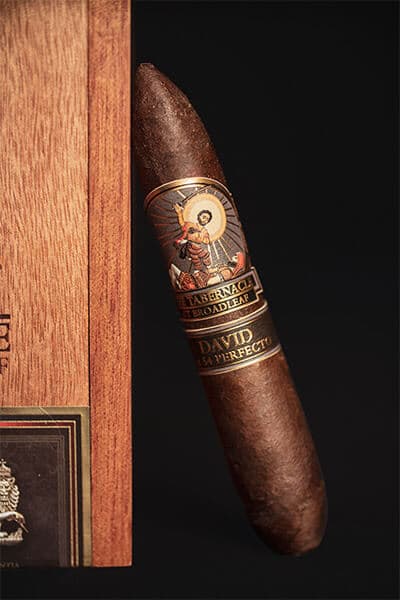 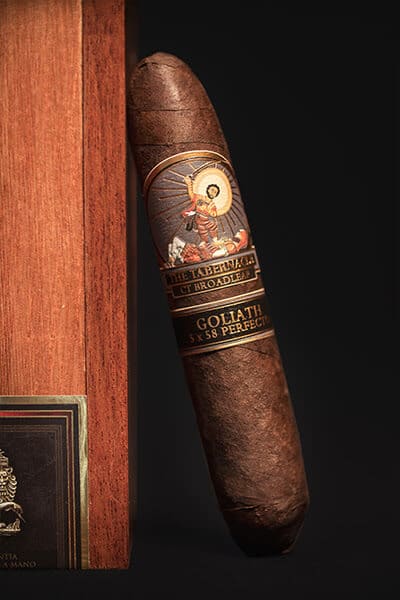 Tabernacle David and Goliath keep with this biblical inspiration to represent his life in tobacco and his commitment to the industry. The new sizes will ship next month and both are perfectos. David  measures 5 x 54 and Goliath measures 5 x 58. Both come in 25 count boxes with David costing $300 and Goliath $350. The blend us the same as the rest of the line including Connecticut Broadleaf wrapper, San Andres binder, and fillers from Jamastrán in Honduras and the Jalapa and Estelí in Nicaragua. 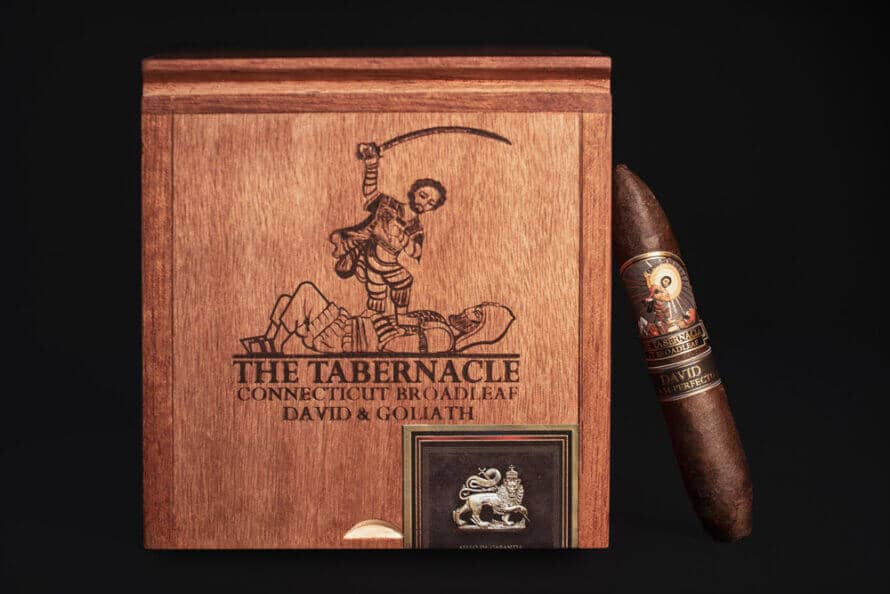 “Anyone who has smoked Connecticut cigar brands of old knows the Perfecto is a classic size,” said Melillo. “Back in the day it was the vitola of choice for connoisseurs,” he added. “When it came time to create a line extension to the Tabernacle, the blend in these two sizes could not be ignored.” 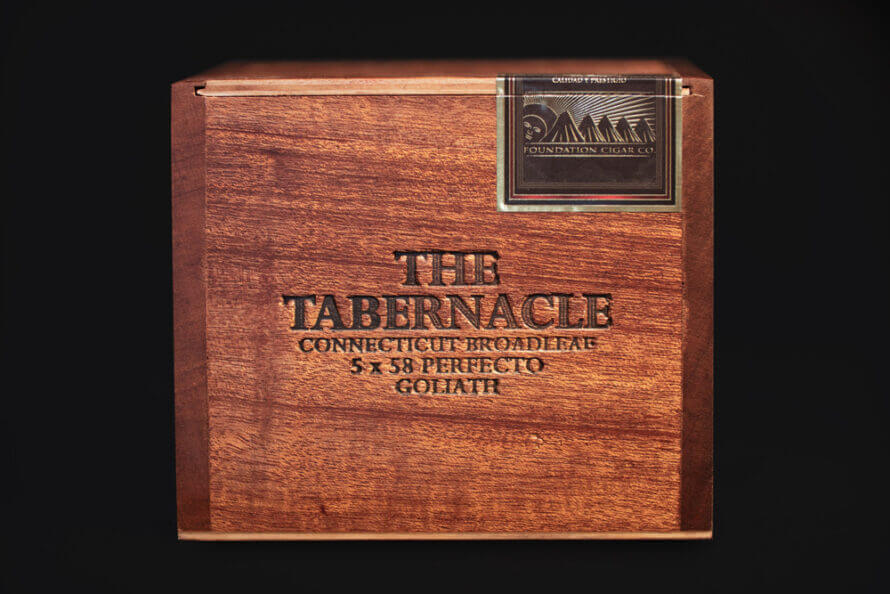 The Tabernacle line has always included artwork that paid homage to the Solomonic Dynasty of Ethiopia including the likeness of Haile Selassie I, the kingdom’s monarch from 1930-1974. The biblical victory of David over Goliath has particular resonance with Ethiopia’s proud history as the only African nation to fend off colonial conquest. 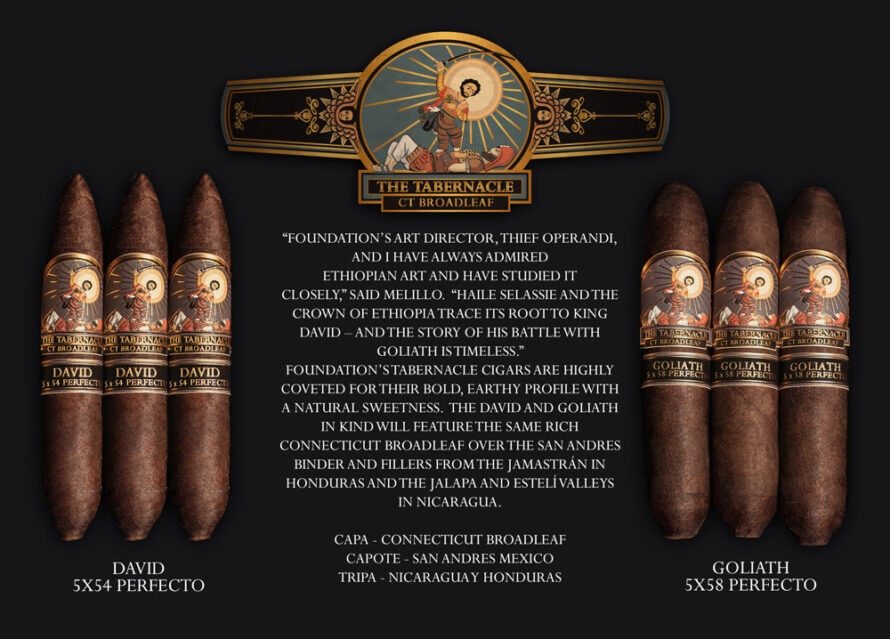 “Foundation’s art director, Thief Operandi, and I have always admired Ethiopian art and have studied it closely,” said Melillo. “Haile Selassie and the crown of Ethiopia trace its root to King David – and the story of his battle with Goliath is timeless.” 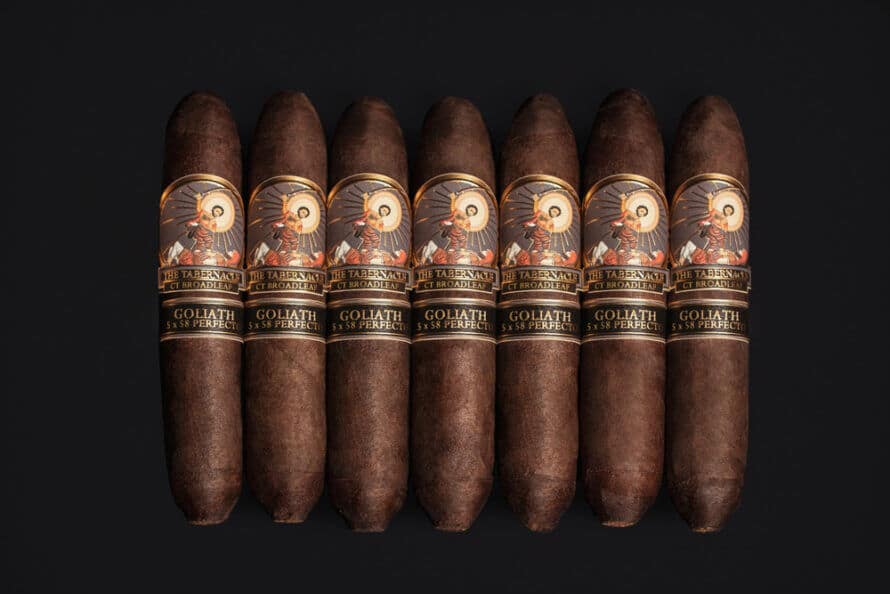 Says Melillo, “The Tabernacle blend in these two sizes deliver depth, complexity, body, and flavor. These sizes are special because they complement an amazing blend of some of the best tobaccos in the world.” 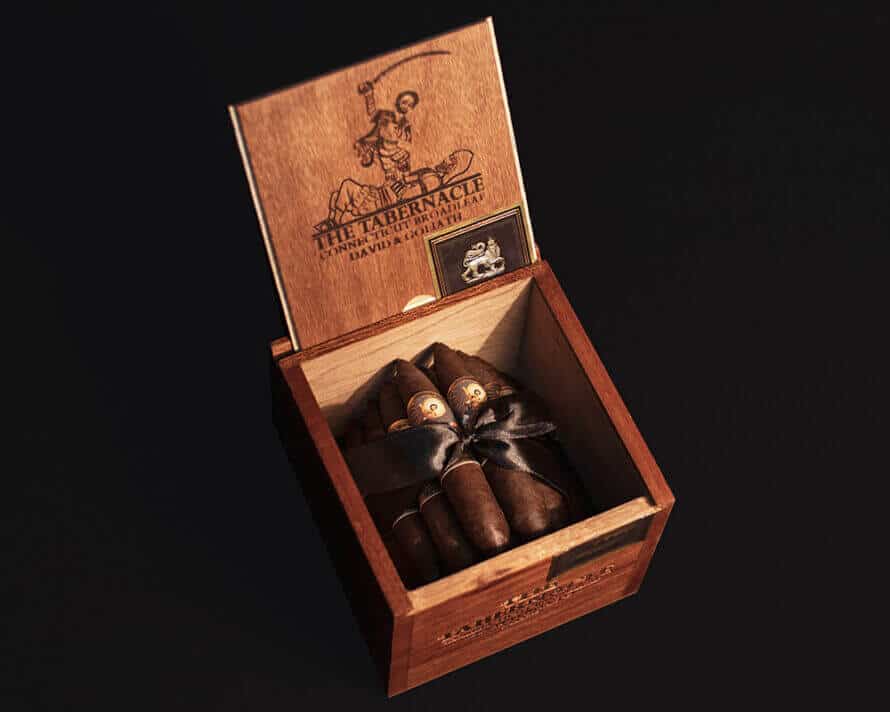 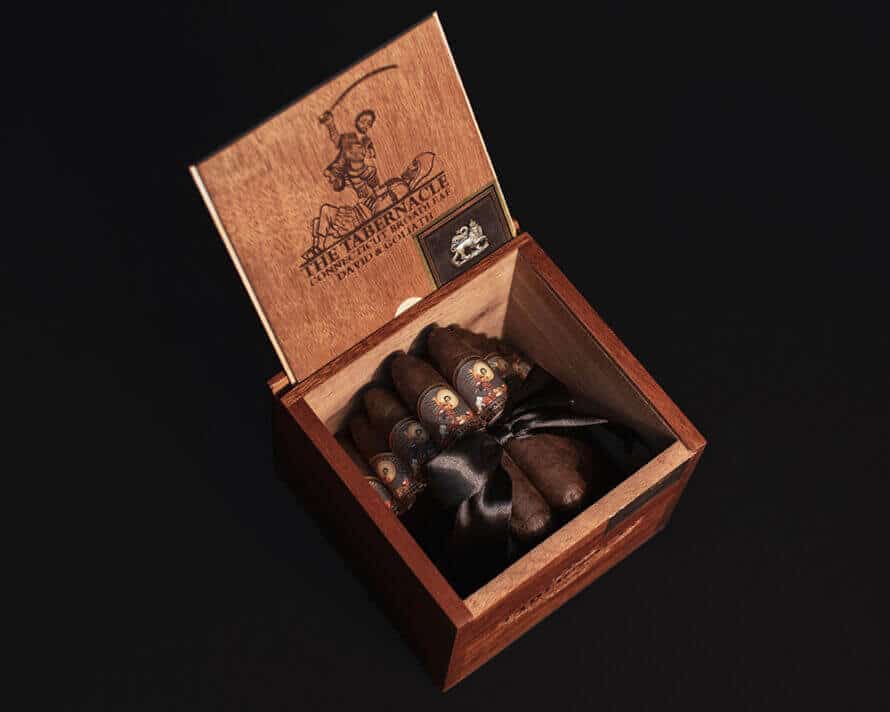