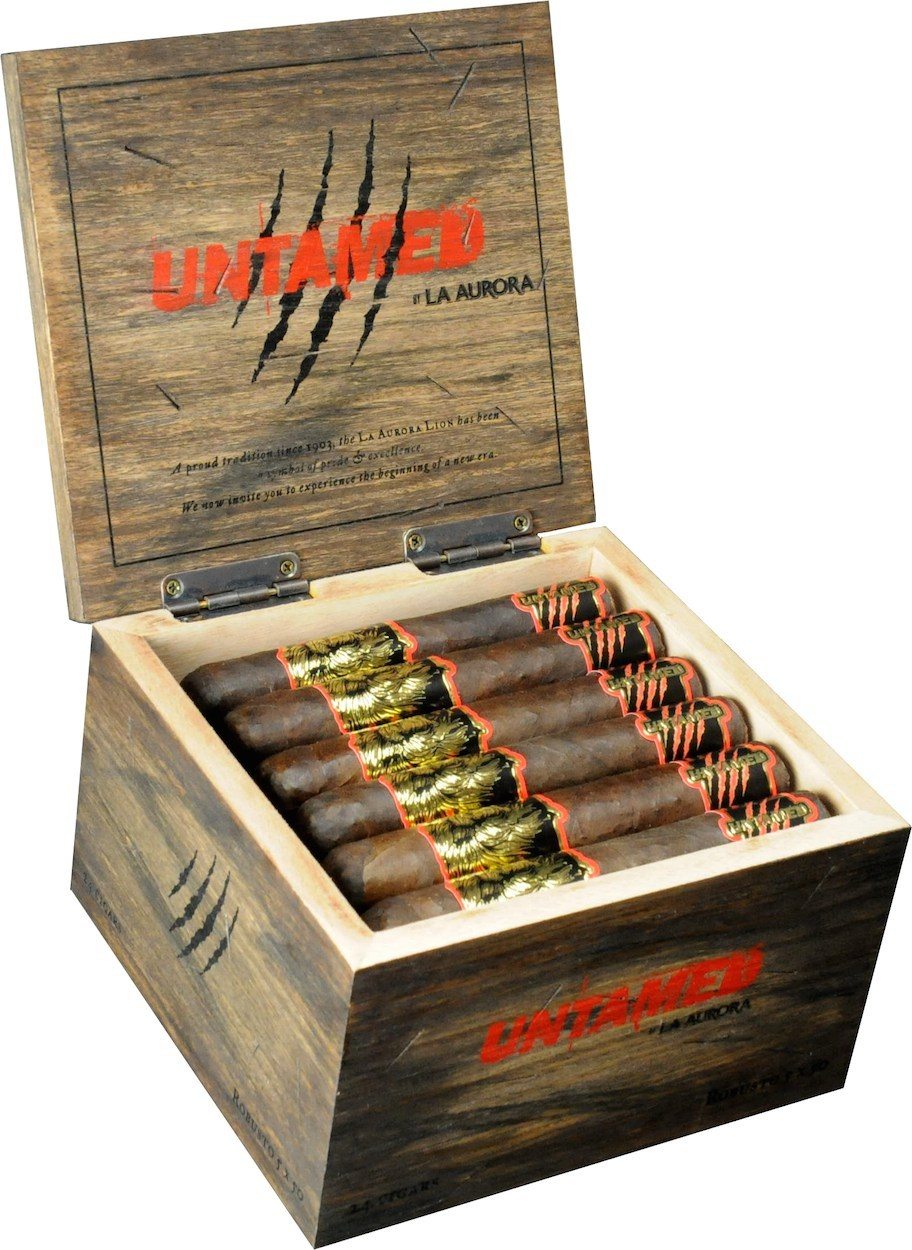 Cigar News: Untamed by La Aurora to be showcased at IPCPR 2014
AllIPCPRLa AuroraNews

Cigar News: Untamed by La Aurora to be showcased at IPCPR 2014

Untamed by La Aurora to be showcased at IPCPR 2014

(Santiago, DR) July 1, 2014 – La Aurora Cigars is proud to announce the release of their latest creation, Untamed by La Aurora. Using tobacco selected specifically for this project, La Aurora aims to please even the most demanding consumer with this unique blend. Led by master blender, Manuel Inoa, the team at La Aurora has been able to attack this ambitious project head on and are eager to release the beast in Las Vegas.

Since the year 2000, La Aurora has been on the hunt for the ideal tobacco to enhance the strength of the cigar without sacrificing La Aurora’s signature flavor. Thanks to the collective effort of their team, the factory has been able to cultivate perfect harmony. Utilizing tobacco from 3 different countries and finished off with a dark oily Connecticut Broadleaf wrapper, the blend comes with the complexity of a medium bodied cigar and the intensity of something more full.

Untamed by La Aurora recreates a traditional image into a more modern and aggressive look. The Lion has been a symbol of the factory since the beginning in 1903 and since its inception it has been depicted as a docile yet respected predator. Now, in 2014 the King of the Jungle will reassert it’s dominance as the most feared aggressor in the animal kingdom.

This medium to full bodied blend will be available to consumers in four traditional sizes (Robusto, Corona Gorda, Belicoso, Toro) and one not so traditional size, a 7 x 60 behemoth. With an MSRP ranging from $7.00 – $11.00, this cigar is primed to reign as King in humidors nationwide due its perfectly balanced blend, reasonable price point and attractive presentation.

Founded in 1903 by the Leon Family, La Aurora is the original cigar factory in the Dominican Republic with a portfolio that includes, its namesake brands, La Aurora and Leon Jimenes, as well as, La Aurora Preferidos, Guillermo Leon & Fernando Leon brands.

Cigar News: Untamed by La Aurora to be showcased at IPCPR 2014