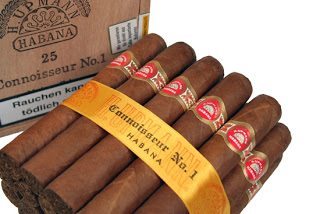 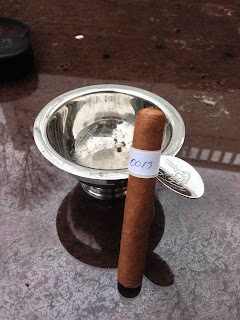 “This cigar yielded a fairly solid light brown wrapper. There were some faint signs of marbling in color. Aesthetically it was not the smoothest looking cigar. The wrapper was veiny with one large vein that stood out. It also had a lumpy texture too it. Don’t get me wrong, this cigar was not ugly but it was not the prom queen either.” –Will (Dubv23)

“Very mild aroma of tobacco and barnyard.” –Emmett (rhetorik)
“Nothing really jumps out at me but I get the feeling this will be a treat to enjoy.” –Ian (Sp@rky426)

“Construction seems to be good except for the middle of the cigar has a soft spot; the rest of the cigar had no issues.” –Nicholas (volpow61)
“Great solid construction, solid throughout, nice spring to the press, basically what you would expect from a premium smoke.” –Jason (bigslowrock) 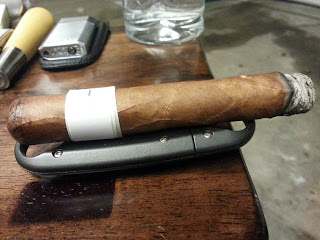 “Right away I’m greeted with cedar and a glorious spiciness that seems to dance between light pepper and nutmeg. It’s very complex without being a powerhouse, just the way I like it. The burn did wander a bit in this third which required a little bit of attention.” –Emmett (rhetorik)

‘This cigar opened up with tons of flavor.  First thing I noticed was the creamy smoke leaving a flavor that is slightly oily and coats the palate.  The flavors from there were a nice combination of tobacco, spice (cinnamon possibly), and toast.  The retrohale is nice too providing just the right amount of spicy kick.” –Will (Dubv23) 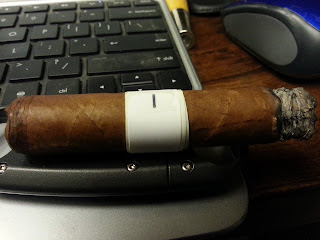 “Half way through spice is still there with a very nice creaminess to balance the citrus which is working together greatly. Almost like eating fruit with whipped cream, it’s great.” –Nicholas (volpow61)

“The strength has backed off a bit, but the complexity has remained. I still have that cedar base layer of flavor, but a buffet of other flavors mingle with it including almond, toast and still that nutmeg spiciness. Towards the end of this third, the spice has faded a bit, and been replaced with an almost orange citrus flavor.” –Emmett (rhetorik) 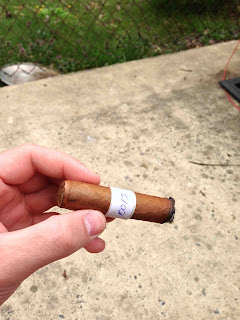 “Same profile as 2nd third hints of cedar, earth.  Along with the typical twang I get grass and much earth and wood. All in all a cigar to nub every time.” –Ian (Sp@rky426)

“The final third showed another shift in flavor.  I found the toast had left and the oak took its place.  The coffee flavor became richer but not too strong.  It complimented the natural tobacco sweetness I was still getting.  All in all though this third was the strongest just tipping over medium.  All while still leaving a nice lingering bouquet that coated the palate.” –Will (Dubv23)

“While a decent draw it could have been a little less resistant.” –Ian (Sp@rky426)

“Draw was almost perfect (I prefer on the cuban – slightly tight draw).” –Will (Dubv23)

“The burn was a bit wonky at times, but I made it work and didn’t detract too much from the great experience.” –Emmett (rhetorik)

“A wavy start that perfected itself to razor sharp after the first third with no relights and great ash retention.” –Jason (bigslowrock)

“From the start this was a phenomanal smoke, great balance and complexity. Very flavorfull that keeps you interested. This is a cigar I wish I had more to smoke.” –Nicholas (volpow61)

“From the start with a dose of honey and nuts to the finish with hay and wood this was a very nice very mild smoke. I dont know how much age this Habano has on it but it is perfect where its at.” –Ian (Sp@rky426)
“Overall the cigar performed very well.  The way the cigar looked and burned did not do justice to the flavors the cigar produced.  It was a great medium body smoke that delivered with complex flavors.  Too bad it was not the prettiest or best burning cigar or else it would have scored higher.  Whatever this is though, I need to try more…” –Will (Dubv23) 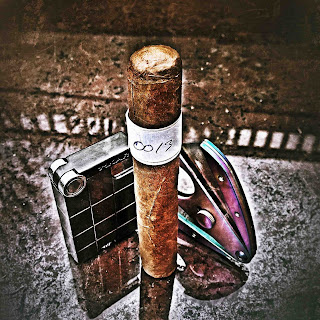 “Just a great stick.  Insanely complex to start and end.  This is a stick that I would put in my rotation and consider (short of a crazy price) absolutely box worthy.” –Jason (bigslowrock)
“This was one of the best cigars I have smoked in a long time. I would smoke these all day every day. The complexity was through the roof while keeping the strength at a medium-strong level. The flavors of this cigar fit my tastes perfectly. ” –Emmett (rhetorik)