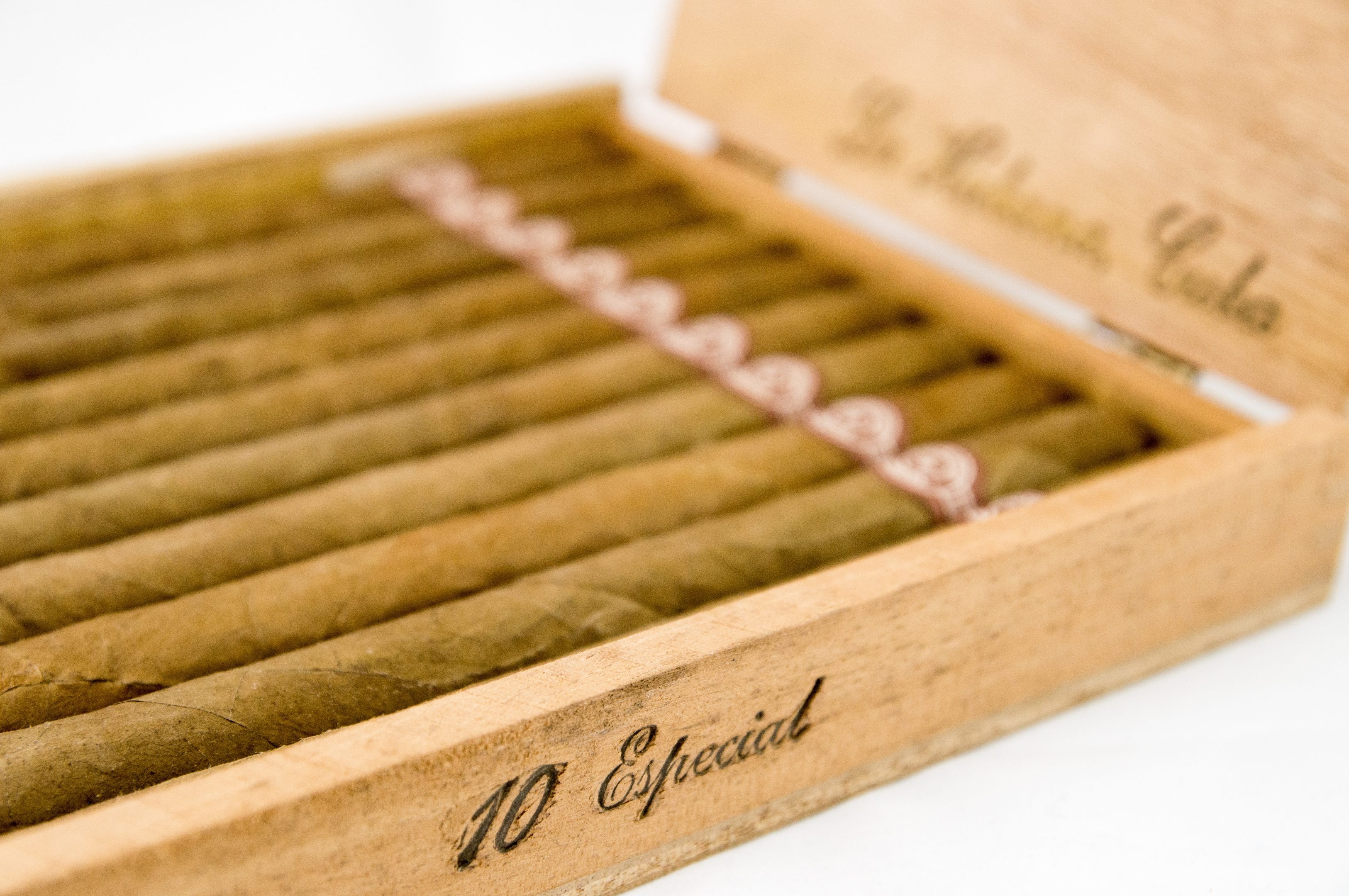 This will be the oldest cigar I have ever smoked. You can tell its age by the discoloration of the band, the corrosion on the latch of the box, and the delicacy of the wrapper. It has some plume, but not as much as I would expect from 31 years. It feels a bit light in the hand for a lancero. The foot has a good give to it when you squeeze it and the cap is perfect with a squished pigtail. The wrapper actually feels a bit dry to the touch. The aroma from the food and wrapper is almost nothing, just a hint of light cedar. The pre-light draw is tight and tastes only of well aged tobacco.

The first puffs are very mild, as you would expect from such an aged cigar. The flavors are really only aged tobacco and a bit mustiness. As we get further in, some more flavors reveal themselves in the form of hay and barnyard, in a good way, still nothing very strong.

The second third has a bit more body, but still very much on the mild side. The flavors are still aged tobacco and now with some vegetal and green tea notes. Finally a little bit of cedar joins the mix, just enough to give it that something extra. In a strange twist, towards the end of this third, I get a fruity pebbles note, and I like it! This third has shown some actually spice, in the form of white pepper, which is a nice surprise. I’m also still getting that fruity pebbles sweetness along with some hay. The finish on this cigar is just a bit sour.

This third was definitely the best with the addition of some body. The subtle flavors and sweetness combined with the hint of pepper makes for a great nuanced experience.

The draw on this cigar was a bit tight, but not tight enough to affect the smoke, which is common of most cuban cigar, and lancero cigars. The burn was perfect, never had to touch it and the construction was fabulous, especially holding up like this for 31 years. While this wasn’t the most flavorful or complex cigar, it was elegant and nuanced. I was worried before smoking and during the first third that this cigar might have aged out being 31 years old, but she definitely still has some life in her and it was a pleasure and a privilege to smoke such an aged cigar.