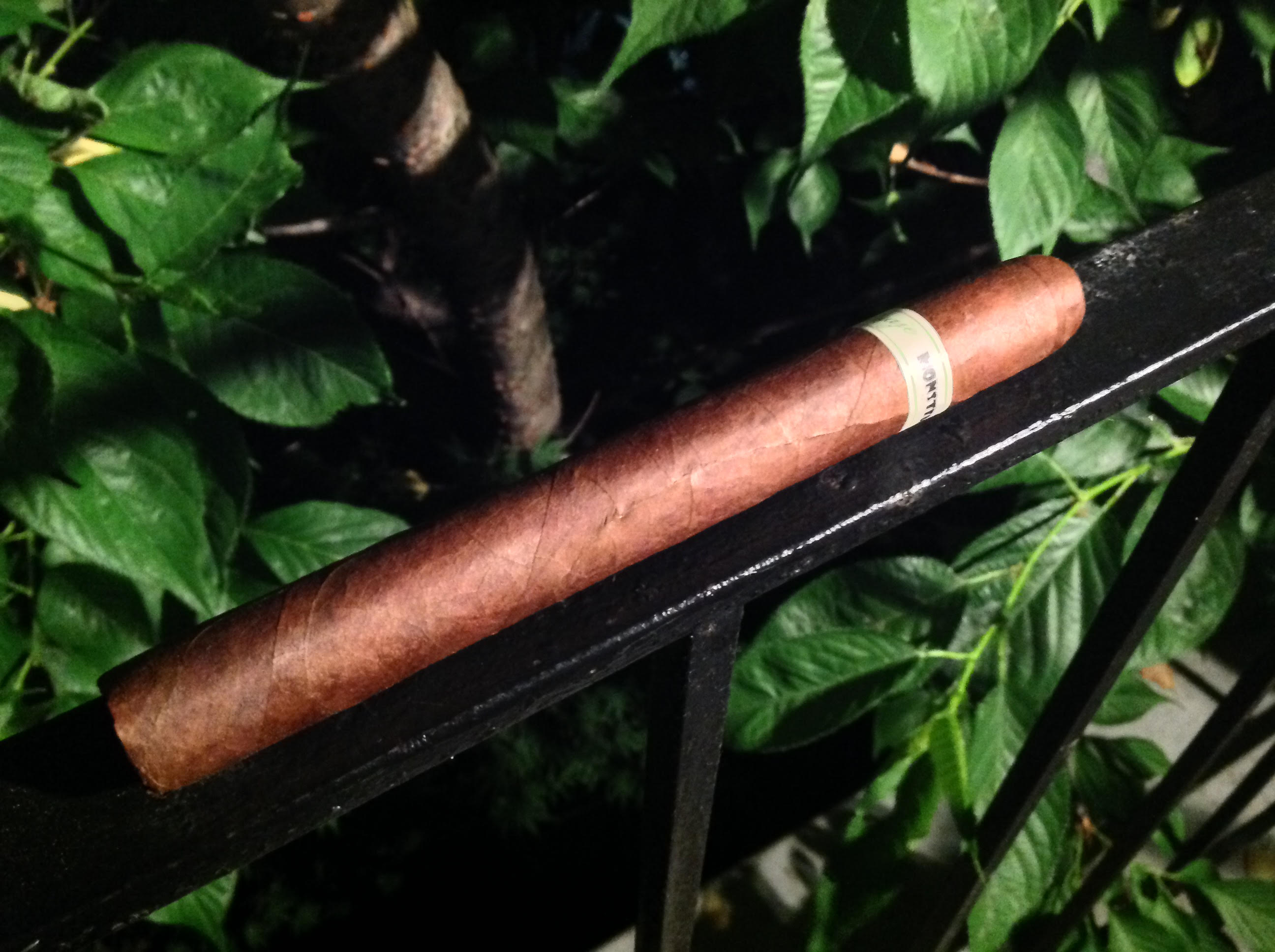 The Tatuaje Jekyll is an Ecuadorian Sancti Spíritus over Nicaraguan binders and fillers, and is a 7 x 49 Churchill size cigar. It is the seventh installment in the Tatuaje Monster Series. It was announced at the 2014 IPCPR convention in conjunction with the 2015 release the Hyde. This annual release series was created by Tatuaje founder Pete Johnson as a tribute to monster and horror movies. Every year since 2008, Tatuaje enthusiasts have anxiously look forward to the release of this cigar and seek to procure a box. Each release of the Monster Series is a different blend in a different size. They are released single batch style.

This is a hefty cigar both in weight and in stature. It is a standard Churchill size and has an oil reddish-brown hue to it. The cigar has petite veins running the length of the stick with smooth, uniform and difficult to find wrap lines. I’ve smoked a number of these cigars so far and they keep getting better with age. The wrapper gives off a sweet woody cedar note, with a coco and nuttiness to it as well. The pre-draw has a very light spice and coco sweetness to it.

Immediately I receive an oily pepper, leather and nuttiness. The smoke has a creamy texture and is voluminous. The construction is spot on and there is a perfect balance of resistance and smoke output. The retro-hale provides a light pepper and fruitiness to it that wasn’t present when the cigar was younger.

The second-third has a building of oily red pepper that coats the mouth, but not in an overly powerful way. I can pick up woodiness, cream, bread, and a light earthy flavor as well. The complexity of the cigar really shines through in the 2014 Jekyll and is one of my favorite in the monster series. There is still a pepper on the retro-hale, but it is counter-balanced by creamy sweetness that complements and cools. The draw, burn and construction are all spot on and I’ve had no issues to speak of so far.

The pepper has died down a bit in the final-third, but the hallmarks of woodiness, cream, bread, a subtle sweetness and earth are all still there. The construction has continued to be spot on the entire way through.

This is another fantastic offering in the Monster series, and I would recommend that if you haven’t had an opportunity to try one yet to hunt it down before they are gone. This is a perfect example of what a complex cigar can and should be.

Quick Cigar Review: Tatuaje | Jekyll
Summary
This is another fantastic offering in the Monster series, and I would recommend that if you haven't had an opportunity to try one yet to hunt it down before they are gone. This is a perfect example of what a complex cigar can and should be.
92
Great