“This cigar was a nice firm cigar with some small veins and a water spot. It had a nice milk chocolate colour and even smelled like chocolate. The foot look a little rough, but not bad.” –Craig (WyldKnyght) 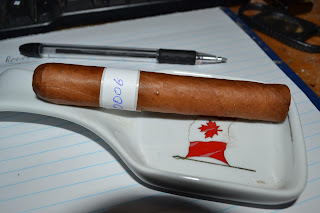 “The appearance is quite inviting, I get a slight barnyard and earthy smell from the foot and a slightly salty taste from the cap.” –Emmett (rhetorik)

“Draw is flawless, burn was perfect with a thick white ash holding tight. Besides cap damage this is a perfectly constructed cigar.” –Ian (Sp@rky426) 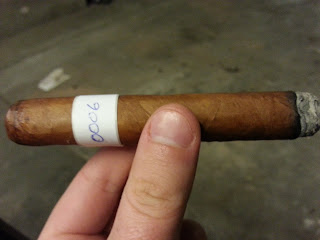 “This cigar started out with a light mellow tobacco flavor with a hint of nuttiness. There was a little bit of pepper flavor that stuck to the back of the throat and there was lots of creamy smoke.” –Craig (WyldKnyght)

“Right away I’m getting copious amounts of smoke along with a very earthy taste and dare I say some twang. The finish is salty and sweet with a hint of mild pepper.” –Emmett (rhetorik) 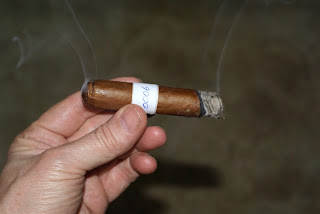 “Cedar flavor has picked up,along with the spicy nutmeg taste. cocoa is lighter,and has been joined by a splash of coffee” –Ron (shuckins)”This is where the cigar shines! Flavors remain the same, but they have warmed in tone, while simultaneously smoothing out their rougher edges. A bit more well rounded on the palate. Sweet cream, with hints of caramel, sweet hay, toasted nuts… it’s excellent. As I continue to the halfway point, I realize it’s not caramel, it’s honey and graham cracker, or maybe some kind of pie crust. The dry wood flavor has receded, and while the sweet cream has also faded, the smoke itself is wonderfully creamy.” –Derek (lilninjabuddy) 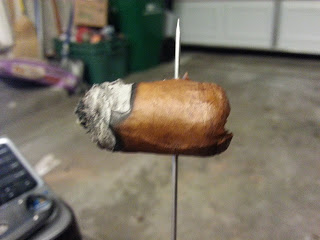 “I feel like I’m picking up a woodiness now that wasn’t there before followed by a slight sweetness, and of course that lovely Cuban-esque twang that has been there since the beginning. Mild pickups of straw and what I would imagine a Cuban tobacco barn to smell of. Pure delight.” –Ian (Sp@rky426)

“The last third is where I found the biggest shift in flavor. The dominant flavors are buttery and lightly woody with a little earth still in the background. The strength has picked up a little bit, but pleasantly and the finish is still a bit pleasantly salty and sweet.” –Emmett (rhetorik)

“Still a great cigar, as it gets to the end. Flavors continue to rotate between honey, sweet cream, toasted hazelnut, graham cracker, and dry wood, but the further into the final third I smoke, the less balanced it seems, though it remains enjoyable and delicious. Smoke remains warm and creamy until about an inch left, when it begins to get just a slight bit harsh.” –Derek (lilninjabuddy) 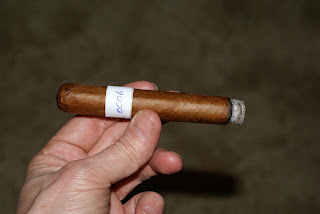 “Really enjoyed this one, and overall has been the best smoke I’ve reviewed for BlindMan’sPuff.” –Derek (lilninjabuddy)

“Overall I’d say this was a good cigar I would smoke again, but probably wouldn’t hunt down.” –Craig (WyldKnyght)